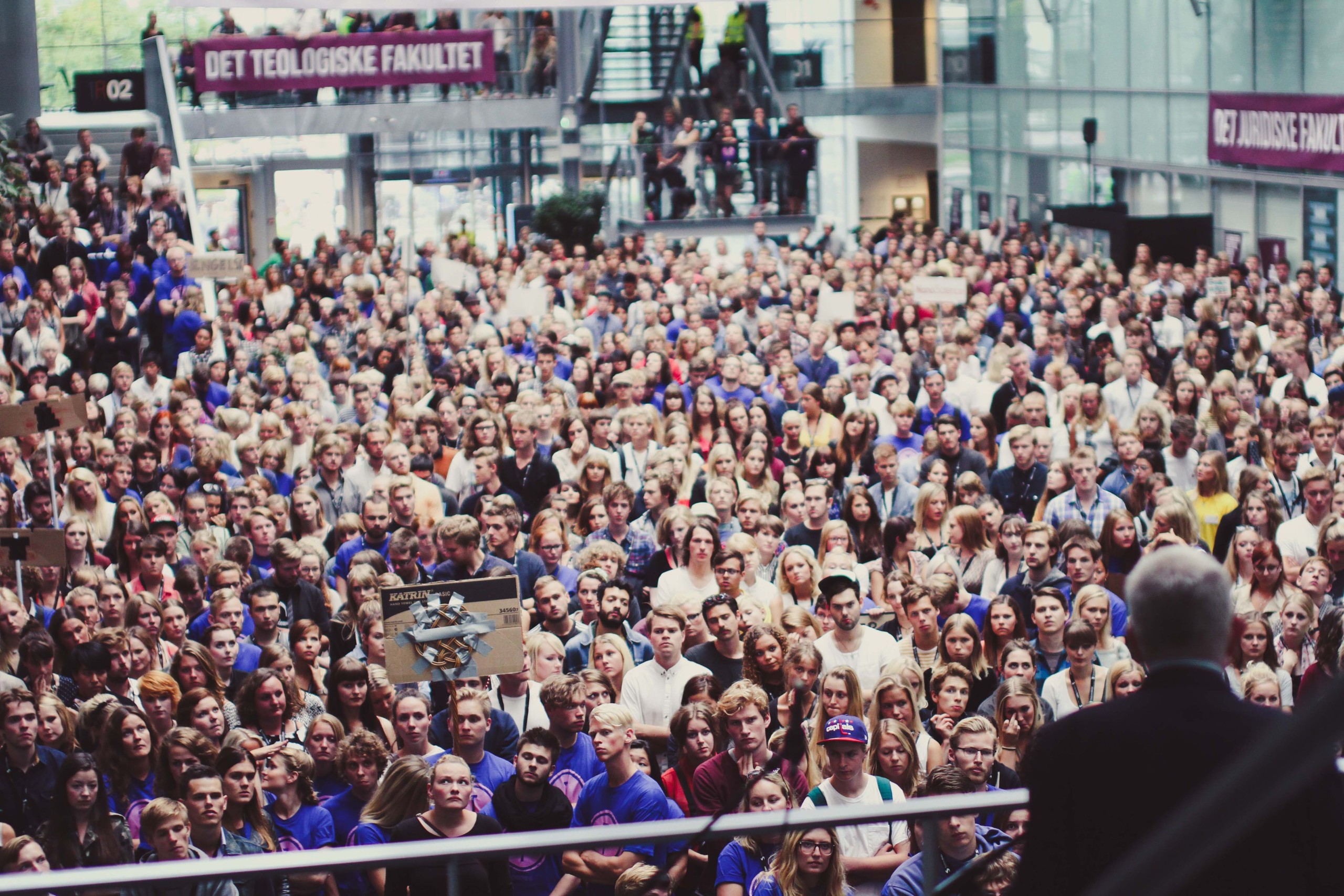 Both the humanities and science faculties are to admit significantly fewer students this year compared to 2017. The new minimum 6.0 grade point average requirement is a key part of the explanation. The psychology study programme is the hardest to get into.

At this time of year, thousands of tense applicants are finding out what it is they are going to spend the coming years of their life on.

6,873 students can look forward to the fact that they have got a place at the University of Copenhagen. Approximately 5,800 of them got in to the study programme which was their first priority.

University of Copenhagen (UCPH) admissions have decreased significantly compared to last year, where around 400 more students were welcomed to the University. This is due to a decline in admissions to the two faculties, the Faculty of Humanities and the Faculty of Science

6,873 students have been admitted to UCPH 5,818 got their first priority

62.5 per cent of the new students are women

Psychology has the highest minimum grade point average with 11.7 in the quota 1 tier of admissions.

The average age of the new students is 22.9

Places still available at the Faculty of Science

We have got into this with full awareness. We are focussing on producing graduates and not just increasing the number who study at university.

According to Pernille Kindtler, section head at University Education Services, UCPH had expected the decline. It is primarily due to the new minimum requirement of 6.0 in grade point average (GPA), which came into force this year on both the quota 1 and quota 2 admissions procedure.

“Generally speaking, the drop in student admissions is completely expected. Neither were we surprised that the decrease takes place at the Faculty of Humanities and Faculty of Science, because we could see that it was there where the majority of students had previously enrolled with a grade point average of less than 6.0,” Kindtler says and continues:

“We have got into this with full awareness, because we believe it is more important to look at how many people complete the programme rather than how many people study it. We can see that there is a close correlation between the grade point average from upper secondary school, whether the students complete their studies – and how quickly they do it. So we hope that there will be a long-term effect so we can reduce the dropout rate and increase the quality of the education programmes.”

At the Faculty of Science the decrease in the number of admitted students means that this year as many as 10 study programmes will still have available places compared to only four study programmes last year. Kindtler will not make an assessment of what the consequences will be for the individual study programmes. But she would like applicants in the future to look into several study programmes before they apply.

I think it's a shame that some study programmes have as high a required grade point average as psychology. It is of course fine that we get talented students, but I fear that some of them are choosing based on prestige.

“Of course the students should not choose anything they are not interested in. But I would like to have them spend a little more time finding out about other, related, study programmes within the areas they are interested in,” she says.

Kindtler has a similar point when it comes to the most popular study programmes including Psychology, which has the highest minimum grade point average again this year, this time with a dizzying 11.7 in quota 1 (compared to 11.5 last year).

The section head has previously expressed a wish to abandon the so-called quick start bonus, giving a higher nominal GPA to students who start university fast. This is something that seems to have a political majority. But the students also have a responsibility to not automatically stampede towards the programmes that have the highest prestige.

“I think it’s a shame that some study programmes have as high a required grade point average as psychology. It is of course fine that we get talented students, but I fear that some of them are choosing based on prestige, so that programmes are selected only because they require a high average grade. As a guidance counsellor, the worst thing you can hear is when someone explains their choice of education programme with them ‘having to use their GPA average for something’,” Kindtler says. She adds that there is no correlation between the grade point average and the study programme’s difficulty level.

After Psychology the highest grade point averages are Molecular Biomedicine (11.4), Medicine (11.4), Actuarial Mathematics (11.3), Political Science (11.2) and Anthropology (11.0). 62.5% of new students at the University of Copenhagen are women.