University of Copenhagen clawing its way back on Times ranking 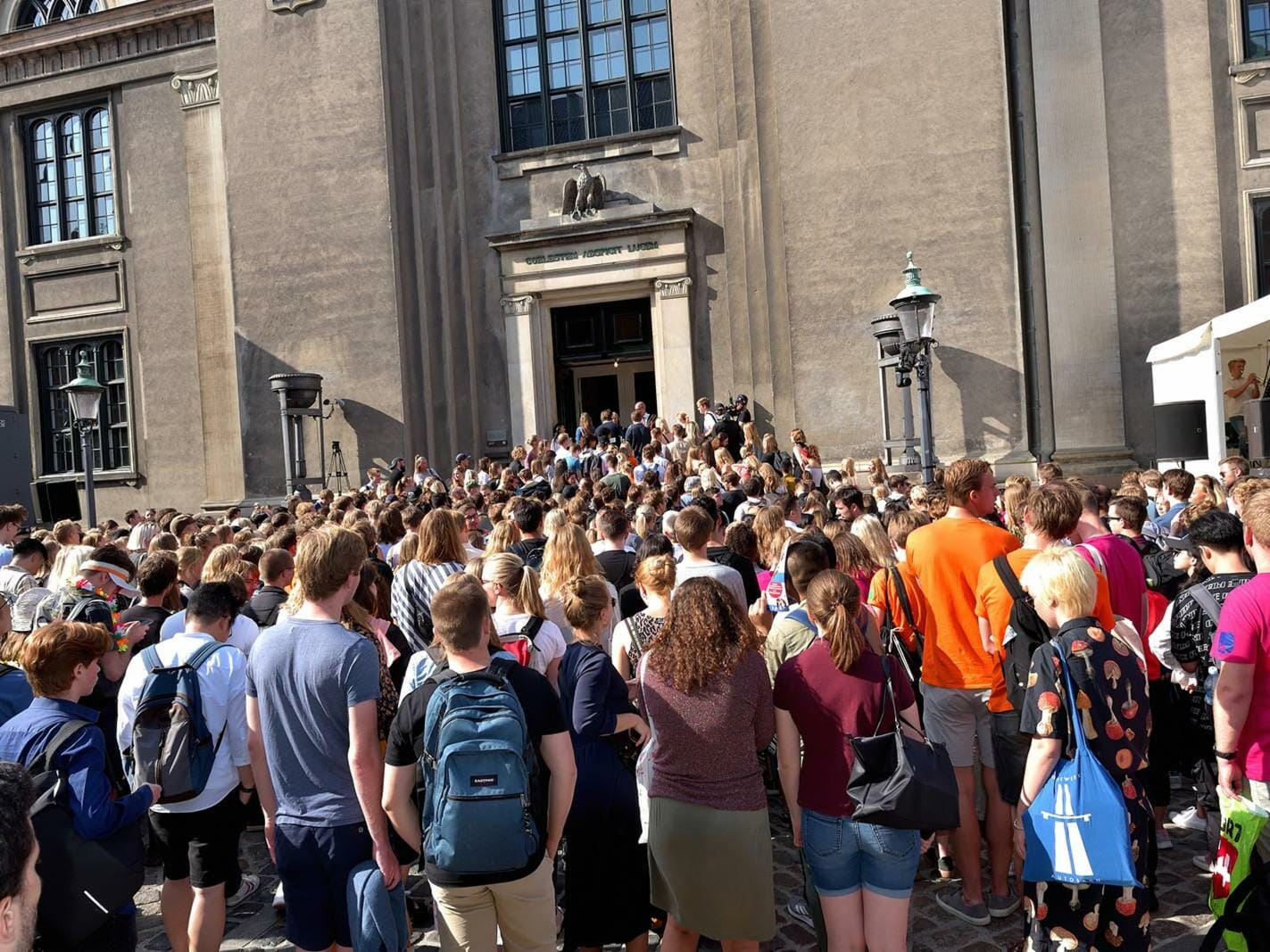 The University of Copenhagen has bounced back on the Times Higher Education (THE) World University Ranking to 101st spot. It thereby appears to be inching its way back up after a dive on the tables a few years ago following government cuts to funding.

The University of Copenhagen has made gains on the Times Higher Education (THE) World University Ranking. It now ranks at 101 on the 2020 tables, up 15 spots over last year, and apparently slowly inching back towards the top 100 after a fall following funding cuts and staff layoffs in 2016.

The University of Copenhagen dropped 38 places on the 2017 Times ranking and has been out of the top 100 ever since.

Of other Danish universities, Aarhus University ranks at 115 on the 2020 tables, up over last year, while the Technical University of Denmark (DTU) is at 184, after dropping 19 places.

UCPH in the rankings

Copenhagen this year saw a significant increase in its teaching score, which includes data on resources, but also on its global academic reputation

Anglo-American institutions usually dominate the top spots on THE.

Switzerland’s , is the highest-ranked university outside the UK and US with a joint 13th place.

Europe faces serious challenges in global higher education, according to Phil Baty, chief knowledge officer of the THE index.

»The twin prongs of economic instability and increasingly isolationist political tendencies on the continent threaten to undermine a great deal of the excellent work done by European universities,« he says according to a press release.

Each year, a number of international rankings are published that compare universities to each other, and the THE list is one of four rankings that the University of Copenhagen uses as a benchmark (see its placing on the other rankings in the fact box right).

The THE ranking has been a particularly dizzy rollercoaster ride for the University of Copenhagen, with recent years seeing gyrations back and forth from 51st to 177th since 2010.

The THE World University Ranking includes nearly 1,400 higher education institutions throughout the world. The study looks at a number of different criteria that include teaching, research, number of citations, international outlook, and cooperation with companies. 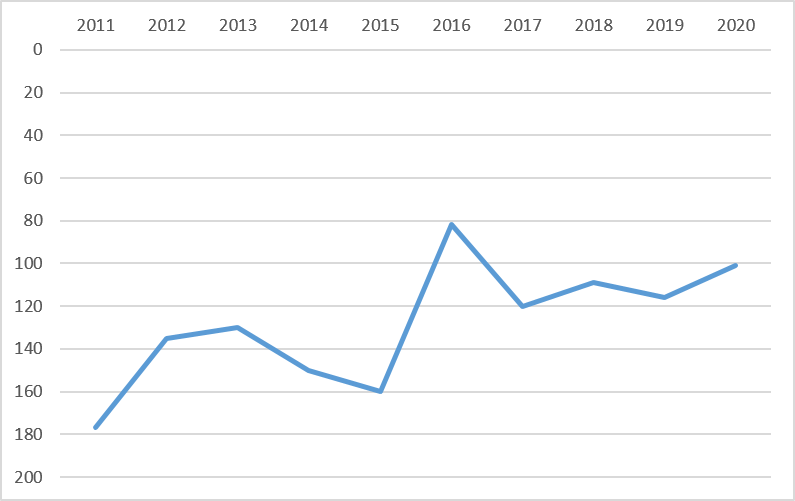 The University of Copenhagen on the Times Higher Education World University Ranking from 2011-2020.
image: Mike Young

Like many universities, the University of Copenhagen has officially held itself aloof from communicating and strategizing on rankings, where results can bounce back and forth, making them hard to only spin in a positive direction.

But this may be about to change. Rector Henrik Wegener said at a University Board meeting earlier this year that UCPH »should try to do more to ensure that we at least get the placings that we deserve.« The board meeting also discussed lightening up its no-communication of ranking results policy.