»We have to put an end to utilitarian short-sightedness« 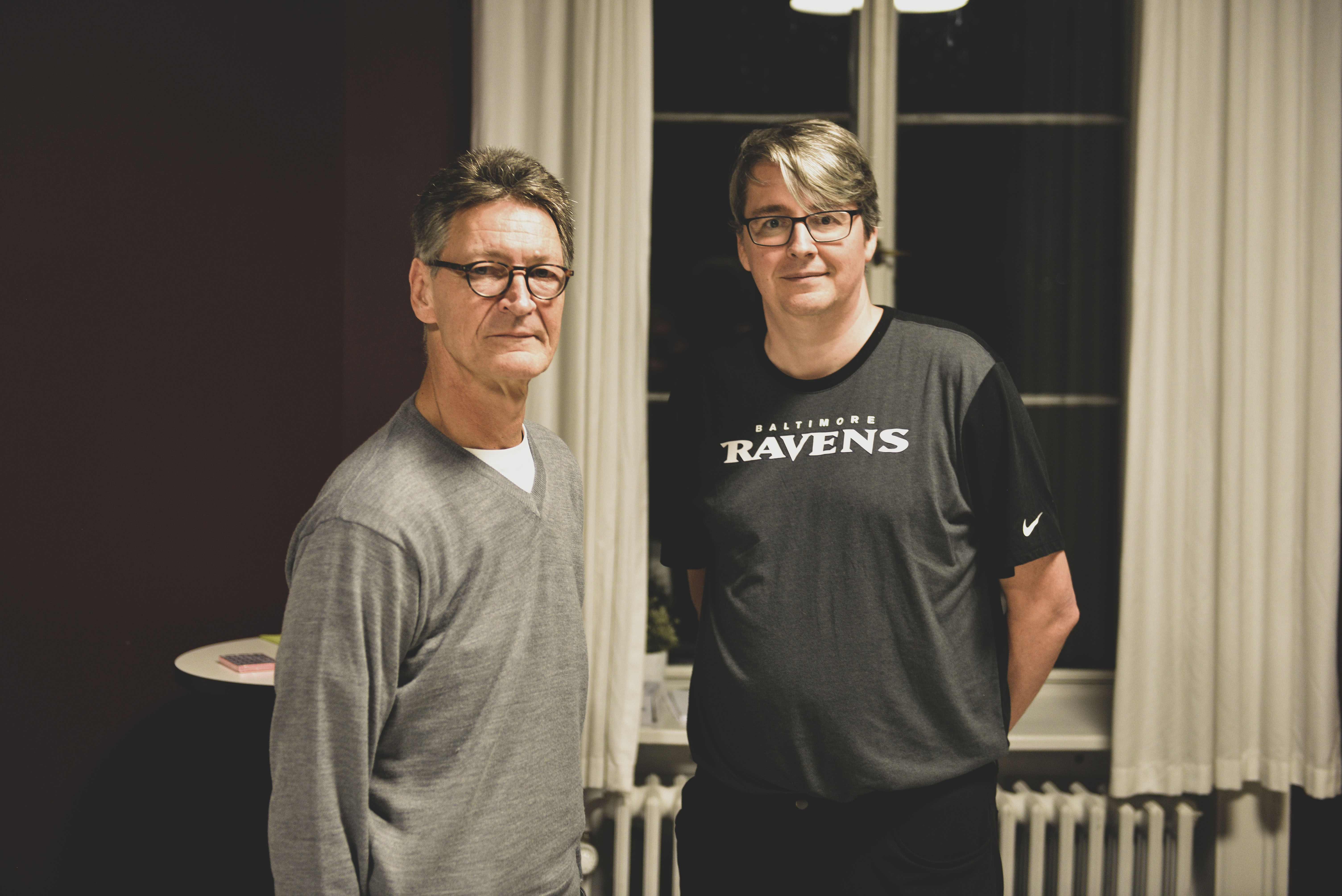 CANDIDATES FOR THE BOARD — Thomas Mandrup-Poulsen and Henrik Kragh Sørensen will work towards creating a forum, where researchers and educators can unite in addressing the administration. They are also very critical of the fact that several smaller degree programmes have been shut down.

At Faculty of Health and Medical Sciences, professors and assistant professors have created an association called APPA with the stated purpose of gaining more influence on decision-making at the university.

The chairman of the association is Thomas Mandrup-Poulsen, professor of immuno-endocrinology, and he is running for a seat on the board at The University of Copenhagen alongside Henrik Kragh Sørensen, professor mso of history and philosophy of science. Both are aiming to spread the ideas of APPA across the university.

»Besides the academic councils and the board there are no forums at the university, where researchers and educators can participate in the democratic process. That’s why we want to work for more researcher and educator-influence on the board,« says Thomas Mandrup-Poulsen.

Henrik Kragh Sørensen nods in agreement. He serves as deputy head of Department of Science Education where, according to him, there is a proud tradition of co-determination.

That is why he feels adequately prepared to look beyond his own departmental needs and listen to his colleagues.

We’re not like the yellow vests, yelling and making a spectacle to be heard.

»We’re not running for the board to serve our own interests. We’re running because we believe that we can make a difference for all the staff at the university by listening to their needs.«

»We’re not like the yellow vests, yelling and making a spectacle to be heard. We believe that our credibility and years of experience will help us gain influence in an appropriate way«.

Researchers have been stripped of influence

Henrik Kragh Sørensen and Thomas Mandrup-Poulsen’s party-list—on which they appear as equal candidates—is based on the key issue: ‘More influence for VIP’s!’ (VIP being the term for researchers and educators).

The two believe this issue is of vital importance, because it is important that the VIP’s—who are responsible for the university’s core tasks of research, research-based teaching, scientific communication and consultancy—are included in the decision-making process at The University of Copenhagen.

The two researchers are critical of the 2003 University Act—an act which among other things instated a majority of external members on university boards—and in describing the vision for the future, they focus on giving the university act a »check-up« because it, in Thomas Mandrup-Poulsen’s words, has been instrumental in »stripping researchers of their influence«.

Until a majority of politicians are ready to reform the act, the two researchers will work towards gaining as much influence as possible on behalf of the VIP’s within the current legal framework.

»This board serves the country’s oldest institution of higher learning, and we need to put the competency of the VIP’s to good use,« says Henrik Kragh Sørensen.

Of course, both students and administrative personnel need to be represented on the board as well as in the academic councils, according to Thomas Mandrup-Poulsen.

»However, the problem remains that there isn’t a single forum in which the administration and VIP’s can meet face-to-face; a forum where we can address our concerns without having to factor in the opinions of students and administrative personnel,« says Thomas Mandrup-Poulsen.

»We wish to be the voice that specifically represents VIP’s with all our combined experience and knowledge in the boardroom,« adds Henrik Kragh Sørensen. »We want the administration to recognize our values as well«.

No degree programme is redundant

Henrik Kragh Sørensen says that their shared philosophy recognizes the fact that all faculties, departments, and staff-members are an equal part of the university.

»The worst thing that can happen is for the shared University of Copenhagen-identity to fracture. That would be demoralizing and problematic, so it’s very important to preserve it,« he says.

»It’s not about sending out e-mails with the same letterhead, or whether you use a green or a red logo. It’s about the fact that we, as researchers, on the university board represent the entire VIP-community.«

The two researchers are highly critical of the shutdowns and consolidations among the minor degree programmes at Faculty of Humanities. Degree programmes that may not be profitable for the university in times of austerity but nevertheless, according to Thomas Mandrup-Poulsen and Henrik Kragh Sørensen, belong at the university.

»Due to recent years’ political decisions, a hierarchy has emerged among the degree programmes based on a financial and utilitarian short-sightedness. This is a mentality we have to dispense with, because it is a detriment to society as a whole. There is no such thing as a redundant degree programme. It’s not more prestigious to have a degree in physics than a degree in assyriology« says Thomas Mandrup-Poulsen.

Similarly, Henrik Kragh Sørensen stresses that it is important that researchers and educators are allowed to do what they are good at without worrying about the private sector and the politicians pressuring the university to revise or shutdown degree programmes.

»Utilitarian short-sightedness rarely benefits anyone. If we want to keep the university in the future, we can’t shut down degree programmes simply because it makes financial sense in the short-term.«

For that reason, the two researchers emphasize the work on the coming budget model, which is likely to redistribute funds from faculties that receive a lot of external funding to faculties that are struggling financially.

Isn’t there a very real danger that a budget model which redistributes funds from ‘wealthy’ faculties to ‘poor’ faculties might end up harming the aforementioned shared university-identity?

»Yes, which is why it is important that we do so in the right way, so Humanities won’t feel dependant on the charity of others, and the more well-funded faculties won’t feel like they are pulling the entire load,« says Thomas Mandrup-Poulsen.

Rather, it is the two researchers’ goal to convince the foundations to accept a so-called full cost-model. This means that foundations also cover extra expenses when issuing funding (e.g. administration, room costs, equipment, etc.) In that way, the university will not have any added expenses when accepting external funding.

»That way there’s full transparency in terms of where the funds are going. Ensuring this will be one of the most important tasks of the board,« says Thomas Mandrup-Poulsen.