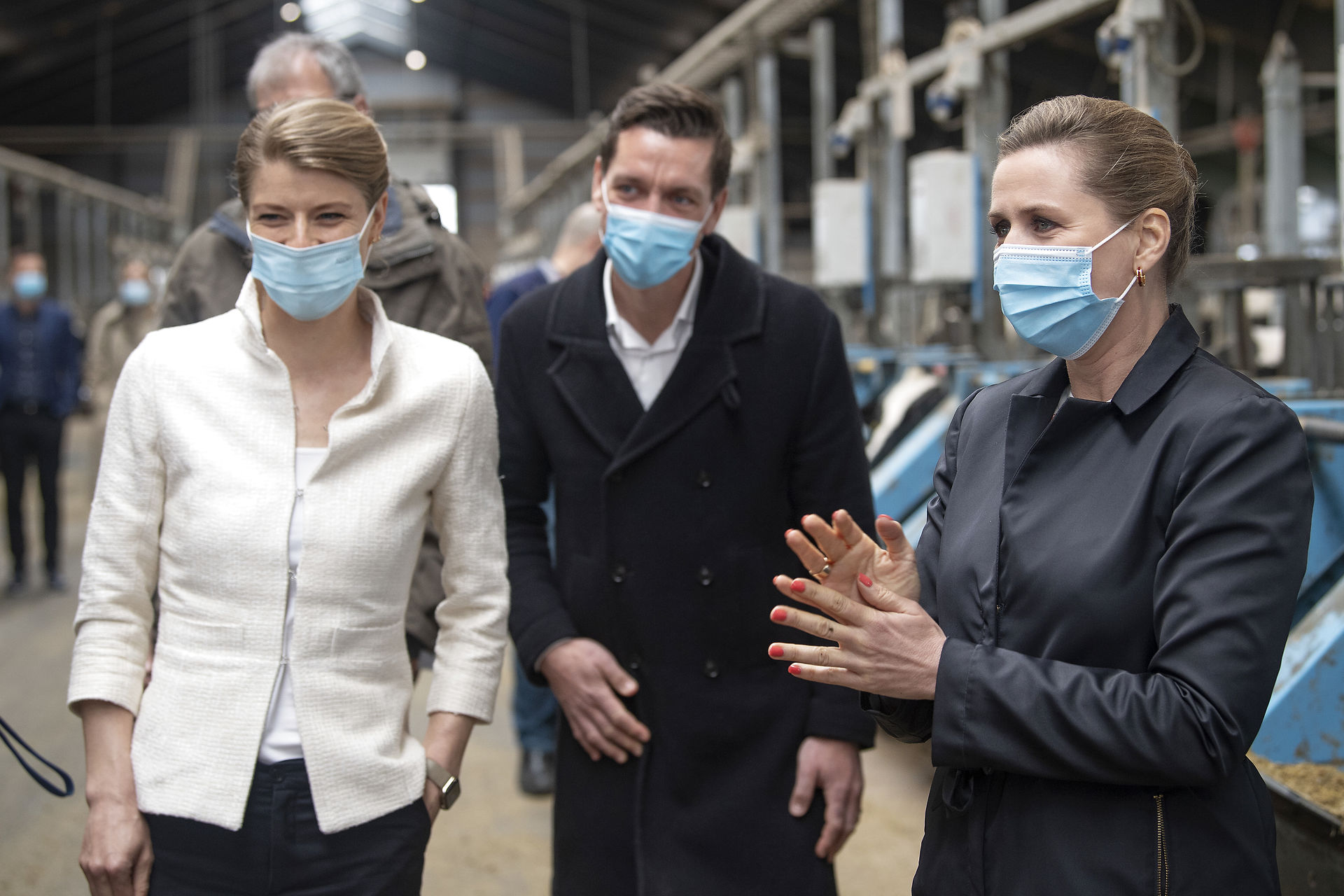 RELOCATION — Plan will mean that the University of Copenhagen will have to cut, or relocate, approximately 3,500 student places. It is necessary, according to Minister of Higher Education and Science Ane Halsboe-Jørgensen (Social Democrat) Even though this will intensify the race for grades.

The government has a new plan.

And even though they were standing in a field in central Jutland when they presented the proposal with Prime Minister Mette Frederiksen, it has everything to do with the University of Copenhagen.

With the proposal, the government wants to relocate students from the large university cities out into the countryside. In part by setting up new educational institutions all over Denmark and by getting the universities to relocate the students themselves.

The universities may choose to relocate, or abolish, 10 per cent of their student spaces. This will mean that the University of Copenhagen has to either reduce its student numbers by 3,500 or move them out of Copenhagen. This corresponds to all the students on the master’s and bachelor’s degrees in medicine.

Minister of Higher Education and Science Ane Halsboe-Jørgensen acknowledges that the proposal will have consequences for the University of Copenhagen. But, she says, it is necessary to reduce the number of student places in the large cities in order to get students to apply for study programmes in the rest of the country.

It is not about wanting to take something from the University of Copenhagen.

»The basic idea is that, if study programmes outside the largest university cities are to be sustainable, we need to take political responsibility for ensuring that the locations for education are better distributed.«

»It is not about wanting to take something from the University of Copenhagen. It’s about insisting on taking care of the rest of Denmark,« says Ane Halsboe-Jørgensen.

READ ALSO: This is how the plan to move study programmes out of cities will hit the University of Copenhagen

The minister mentioned that the former centre-right government set up ten vocational and professional programmes in 2018 in provincial cities, four of which have subsequently been closed. She sees this as a sign that the government then was unwilling to take »the difficult decisions« at the time and limit admissions numbers in the cities.

Is there also a downsizing element in this proposal that is not about regional cohesion in this country?

»As it is today, it is virtually only the universities that determine where they do the education programmes and how many students they educate in the different programmes of study. Without any societal perspective and without any overall analysis of what our country needs. I think we need to have a conversation about whether we need a political responsibility in this discussion,« the minister says to the University Post.

To educate for industry

The University of Copenhagen is to identify where the vast majority of the approximately 3,500 places are to be cut.

But the minister hopes that the universities will look at the requirements of the labour market if the cuts have to be made.

Is the idea that the educational institutions look at the degree programmes with a high graduate unemployment, and then cut there?

The basic idea, that it makes sense to be able to train to be a veterinarian in Jutland, is sensible.

»We have actually made it quite flexible for the universities’ management so that they can work out how to do it best. But of course it is also a political ambition that we get better at educating people for what the labour market needs. We have not yet achieved this,« says Ane Halsboe.

When University of Copenhagen management says they may be forced to reduce admissions to study programmes where there is actually a shortage of graduates, like in the STEM – science, technology, engineering and mathematics – degree programmes  or the larger study programmes, does that not concern you?

»We have other STEM programmes throughout the country, where businesses are crying out for their manpower, but where the university’s places are not filled to capacity with students. And yes, there is a need to take a gentle approach.«

The minister does not, however, answer clearly what the government wants to do to prevent dropouts from the most popular study programmes.

Not just a random field in Jutland

A very specific part of the plan is to hit the veterinary medicine programme at the University of Copenhagen. According to the Berlingske news site, 45 study spaces will be moved to Foulum, a small town in central Jutland. But this will cost a lot of money, according to Birgit Nørrung, head of the Department of Veterinary and Animal science on the University Post.

It costs to obtain the facilities that veterinary students need. This includes animal hospitals – of which UCPH has constructed two of within the past 10-15 years. Birgit Nørrung also fears that the research environment at Frederiksberg Campus will be spread too thin if some of the scientists go to Foulum.

But the minister Ane Halsboe-Jørgensen is not afraid of this happening, she says.

This exercise will make it even more necessary for us to take a look at our admissions system.

»We will not place the veterinary degree programme on some random field in Jutland, we will place it where there is a highly specialised, world-class research environment,« she says.

Aarhus University already has a section in Foulum, which includes the home of their Department of Animal Science.

There is already a strong research environment, yes, but in animal science, not in veterinary medicine. So you still have to build it from scratch?

»Yes, there is no veterinary medicine programme in Jutland today. We want it to be there. We have to do this in the best way possible so that it is high quality and also makes sense in terms of research. We are, of course, interested in having a dialogue with both the University of Copenhagen and Aarhus University, but the basic idea that it makes sense to be able to train to be a vet in Jutland, this is sensible. I’m sure that we’ll get the rest to work in practice.«

The people who are in the know say that veterinary medicine is a relatively small academic environment that already finds it difficult to attract professors within certain fields. Should you not believe them when they say they will be spread too thin if you have two study programmes in Denmark?

»I will listen to this, of course, but I believe that it is possible to have two veterinary study programmes in two places in the country. We are interested in solving this in the best way possible.«

Really aware of it

When popular degree programmes like veterinary medicine have to give up study spaces for new degree programmes in smaller towns, you have to ask what it will mean for the competition among applicants to the University of Copenhagen.

Prorector Bente Stallknecht of the University of Copenhagen is concerned that the government’s new proposal will intensify the pressure on future applicants:

»All else being equal, we risk grade point average increases in the big cities. This will stress out the incoming students even more than they are already,« she said to the University Post.

Ane Halsboe-Jørgensen has previously highlighted students’ well-being as her first priority. She does acknowledge however that the new initiative may intensify the grade race among applicants aiming for study programmes in the big cities:

»I am really aware that we have a grade race and an unhealthy pressure on students that partly stems from the way our admissions system is set up. This is already a task on my desk. And yes, this exercise makes it even more necessary for us to take a look at our admissions system,« says Ane Halsboe-Jørgensen before she rushes on to the next meeting.