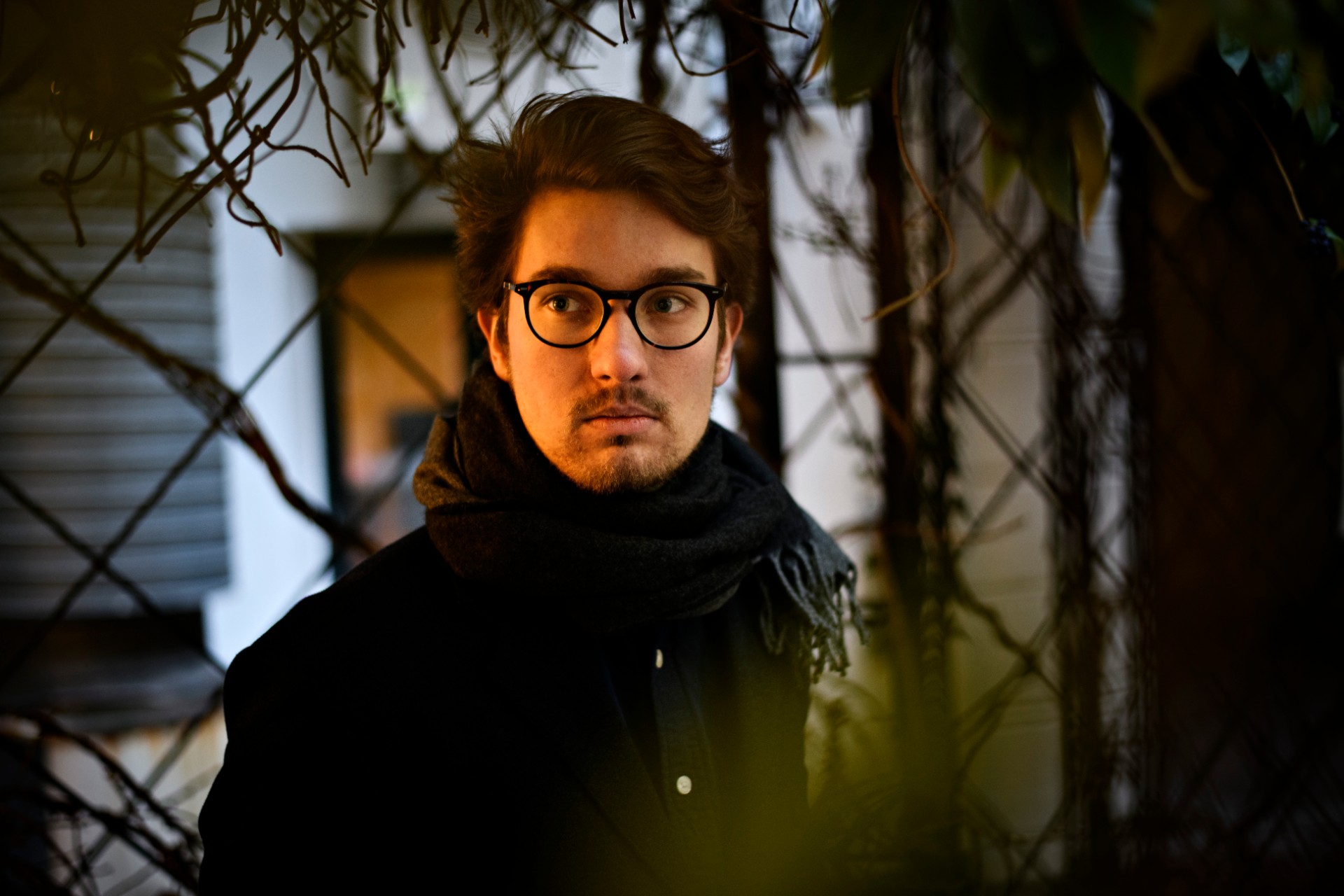 Interview — There is too much talk about Roskilde Festival and not enough talk about the students' economic problems and concerns for the future during the corona crisis, says Johan Hedegaard Jørgensen, Chairman of the National Union of Students in Denmark.

When a debate between the country’s political party leaders was screened 14 May, Johan Hedegaard Jørgensen, Chairman of the National Union of Students, DSF, rushed over to his keyboard.

He felt as if he had been reduced to a beer-thirsty festival-goer, he wrote on Twitter.

»The first thing TV stations DR and TV2 mention about young people is the cancelling of festivals. Not a single question about the prospect of youth unemployment and exploding SU student grant debt.«

This wasn’t something that suddenly dawned upon him in the middle of the party leaders debate. He says that the debate over the challenges young people face during the corona crisis has for a long time been »extremely superficial« right from the very beginning of the shutdown in mid-March.

»At first it was about young people who didn’t comply with the guidelines and who drank beer and infected each other. Fingers were pointed at us, and people were, oh how could we? Then it switched to pity because we couldn’t go to festivals,« he says.

»Sure, it is a shame to lose out on all these cool summer activities, but it’s as if young people are being reduced to being people who just senselessly want to drink beer and party.«

The students he talks to on a daily basis as chairman of DSF have completely different concerns, he says. It is the economic consequences of the crisis and the worries about the future that are of particular interest to them.

Many students are nervous about whether they can pass the exam after a semester of distance learning. While those who are in the process of earning the last ECTS points are struggling to enter a job market marked by looming bankruptcies and rising unemployment. The Student Counselling Service has the same impression, according to Director Thomas Braun.

We just have to be grateful, and it was also tougher to be a student when dad was a boy.

At the same time, many students have lost their student jobs as a result of the corona outbreak. And in March and April about 24,000 students, according to national broadcaster DR, applied for supplementary SU student loans of up to DKK 9,582 a month. The supplementary loan option was approved by a unanimous Danish parliament. This means that a significant proportion of the country’s students are building up student debt that is larger than they had planned.

»I find that there is little focus on those perspectives. There is a mismatch between how we are portrayed by the media and authorities and how I experience reality,« says Johan Hedegaard Jørgensen.

»It is fine to talk about Roskilde Festival, but the focus should also be on the fact that we can look forward to huge youth unemployment, increased student debt and graduates who will find it harder to gain a foothold in the labour market. These are huge problems that will hit young people hard.«

Why are they not a part of the public debate?

»There’s a narrative that students are hugely privileged. Here the concept of ‘community spirit’ can be dangerous, because you quickly move to an understanding that you have to hold back because you are so privileged. Don’t ask for too much, because you need to show community spirit! It’s certainly dangerous if it just closes off all debate and means that we can’t talk about structural issues like the economy and job security.«

Johan Hedegaard Jørgensen says that DSF has found it difficult to find students who have wanted to come forward in the media and talk about their increased student debt.

Perhaps because those who have come forward, including those on DR, have faced a wave of furious comments.

According to the chairman, this is due to a narrative that students in higher education are part of the elite. He says that many do not therefore take it seriously when they come forward and say, »Look, I’m actually in some deep shit here.«

The government has done little to mitigate the impact of the corona crisis on students.

It also seems to me that many people find that students have done a lot of complaining in recent years. Maybe you should highlight some positive examples?

»If we stop talking about financial problems and dissatisfaction, then we’re letting down the people we represent. We would be a bad interest organisation if we didn’t try to fight those battles. This just means that you sometimes have to spar with angry white men on social media. It is part of the job.«

Johan Hedegaard Jørgensen says that the problems are real. Housing prices have skyrocketed in the big student cities, for example, especially in Copenhagen where rents for a one-bedroom apartment have increased by 57 per cent from 2011 to 2019. The upward regulation of the SU student grant rate has been modest since the 2013 reform.

Since the spread of the coronavirus has taken a chunk out of the supply of student jobs, and many students have taken out increased SU student loans, the National Union of Students has proposed a 50 per cent increase to the SU grant for the rest of 2020. This proposal has been met with scepticism also:

»This can really wind people up, because how dare we? We just have to be grateful, and it was also tougher to be a student when dad was a boy. There are a lot of people who romanticise the tough student life and do not recognise that you can be financially squeezed – at a level that many would describe as being poor – when you are on the Danish SU student grant, because it is only temporary,« says Johan Hedegaard Jørgensen.

You could also have just thanked the politicians when they gave students the option to increase their loans – instead you asked for a 50 per cent increase in SU for the rest of 2020.

»It’s not that we have anything against student loans as such. It’s just hugely important that it does not become a voluntary supplement, and when 24,000 take it, then there’s probably quite a few that don’t have any real choice. When so many people systematically take on debt for such a long period of time, the alarm bells should be ringing.«

»Should we just say thank you more often? We do that very often when there is something to thank for. But no one else is proposing to increase the SU student grant. Sometimes you have to talk about what you think is important until something happens. It may well be that the SU grant will not be increased tomorrow, but we have the debate now and we owe it to our fellow students to engage with it.«

You are not necessarily privileged just because you are a student on a higher education programme.

Some would say that students are actually privileged because they get a relatively high student grant, and because many of them get good jobs after graduating, so they can quickly get out of debt. In this light, is it not fair that politicians should give priority to those who are currently at risk of losing their jobs and cannot look to a brighter future?

»We have a huge number of students in Denmark from different backgrounds. You are not necessarily privileged just because you are a student on a higher education programme. There are many people, for example, who will enter a precarious labour market and have to live with chronic job insecurity.«

»It is, at the same time, dangerous if it becomes this zero-sum game where you play off different groups in society against each other. There is no inherent contradiction between being a student and being in the labour market.«

But it is a battle for attention. And in this sense the media prioritises what to talk about in the debates, and the politicians select the areas that need aid packages?

»True. And it doesn’t seem like students have been on the government’s radar in recent months. It can be due to all sorts of things. The minister says some fine words about well-being, but the government has done little to mitigate the impact of the corona crisis on students. It would be nice if they pulled their socks up, because they can still mitigate some of the consequences of the crisis if they want to.«

To the media DR, the Minister for Education and Research Ane Halsboe-Jørgensen has previously responded to criticism that students have only been offered loans during the corona crisis:

»It’s an exceptional situation that requires a lot from everyone in order for us as a society to come out of this financially in a good way. It is true that SU loans need to be repaid, but the seriousness of the situation in which we find ourselves puts the couple of months of loans into perspective. It is also worth remembering that this is an option for the individual concerned – it is not obligatory,« she wrote in an email response.

Get the weekly newsletter