After protest: Board admits staff views should have been heard on Biology merger 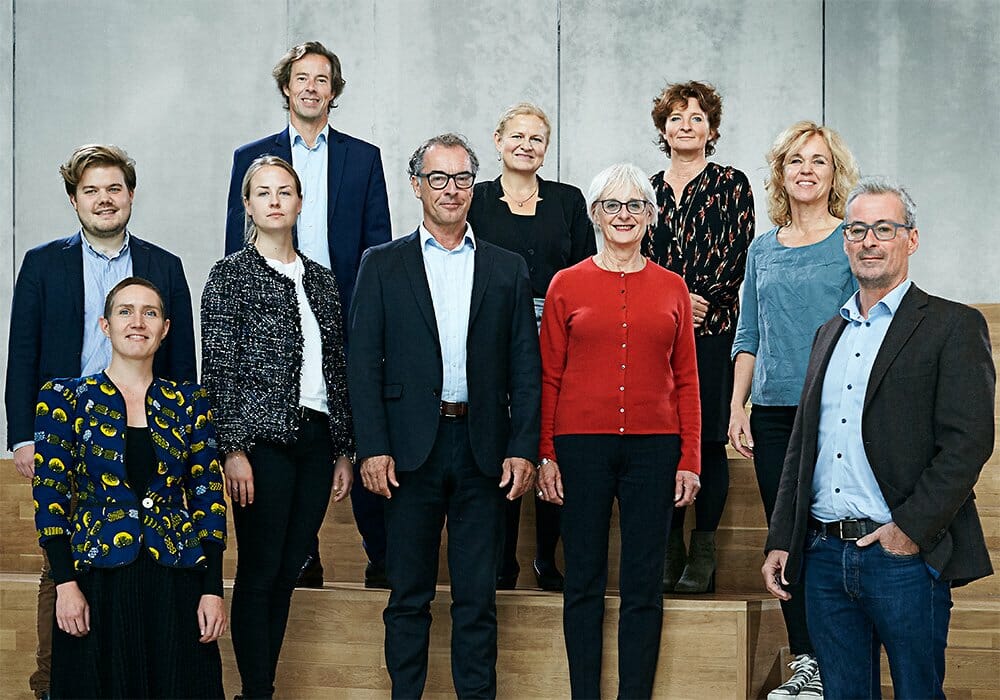 Protest letter — In June, almost 200 employees at the Department of Biology wrote to the UCPH board. They claimed their voices were not heard regarding the department’s merger with the Natural History Museum of Denmark. Now, a letter from the board says they are right

Signed by 193 staff members, the protest letter sent by employees at the Department of Biology (BIO) to the UCPH board on 11 June clearly meant business.

In the letter, staff members criticise their managers for not listening to them regarding the merger between the Department of Biology (BIO) and the Natural History Museum of Denmark (SNM).

The merger has since been called off, resulting in the transfer of five top museum researchers to the new Globe Institute at the Faculty of Health and Medical Sciences (SUND).

This unsatisfactory result was not the only problem addressed in the letter. The critics also claim the process was in breach of .

The letter ended with four questions, including whether the board felt that staff had been involved sufficiently in the merger and how they plan to avoid repeating »such an unfortunate process«.

The board has now responded in a letter of its own, which answers some of the questions.

»Looking back at the process, the board acknowledges that the employees at the BIO were not sufficiently involved in the merger between BIO and SNM,« they write in a letter to staff at the Department of Biology.

This admission is welcomed by two of the employees from the Department of Biology who signed the protest letter.

»I don’t think we could have hoped for a more accommodating reply, so all in all, it is very positive. It is important that they take responsibility and admit that the process was not in line with the legislation or strategy,« says academic employee Caspar Elo Christensen.

»The contents of the letter are very positive« says Professor Lars Ellgaard.

»But,« he adds, »we are also interested to see what it will actually lead to.«

Looking back at the process, the board acknowledges that the employees at the BIO were not sufficiently involved in the merger between BIO and SNM

Letter from the board to employees at BIO

The letter from the board does not make any specific promises, but they do pledge to discuss the now-cancelled merger process with the university management, »including how best to handle future organisational changes.«

»Of course, we would have preferred something a bit more concrete, especially about how staff will be involved in the future. We would like to know whether the new guidelines will bring back the department councils – and require management to consult them in a serious manner,« says Caspar Elo Christensen, with reference to the department councils, which were finally disbanded in February 2018.

Lars Ellgaard agrees that the department councils should be revived and urges the university management to incorporate employees’ perspectives in a more structured way:

»It would reassure the employees if there were a set of guidelines that specified exactly how the rector, dean and head of department would involve employees in important decisions. We also expect that employees would be consulted in the development of such guidelines,« says Lars Ellgaard.

Uniavisen wanted to ask the UCPH board whether they have any specific plans, but the chairman of the board, Mads Krogsgaard Thomsen was not available to give a comment.

The board is probably relieved to note that there is a more positive tone at the Faculty of Health and Medical Sciences (SUND). Here, employees are satisfied with the process that led to the creation of the new Globe Institute

This new department employs five of the top researchers from the Natural History Museum of Denmark  – including Eske Willerslev and Minik Rosing –  who left SCIENCE as a result of the failed merger between the museum and BIO.

According to Claus Juul Løland, professor at the Department of Neuroscience and member of the Academic Council at SUND, there are no hard feelings about the arrival of the top researchers at the Faculty, even though some of their research interests may not appear to be compatible with Health Sciences.

I don’t think we could expect a more accommodating reply, so all in all, it is really very positive

»Both the Academic Council and other groups at SUND were involved in the process early on, and we have given input and expressed our opinions. So I feel that the process has been very constructive,« says Claus Juul Løland.

»We welcome the new Globe Institute and the most important thing to do now is to look ahead and figure out how we can use each other. I am curious to find that out.«

Is anyone confused or dissatisfied by the fact that researchers who study ecology and geology, among other things, will be joining your faculty?

»No, nobody is dissatisfied. I think we should look at it from a broader perspective. Perhaps it doesn’t seem SUND related at the moment, but once we have talked to each other, I am sure we can figure something out.«

And you are comfortable with the proposed solution?