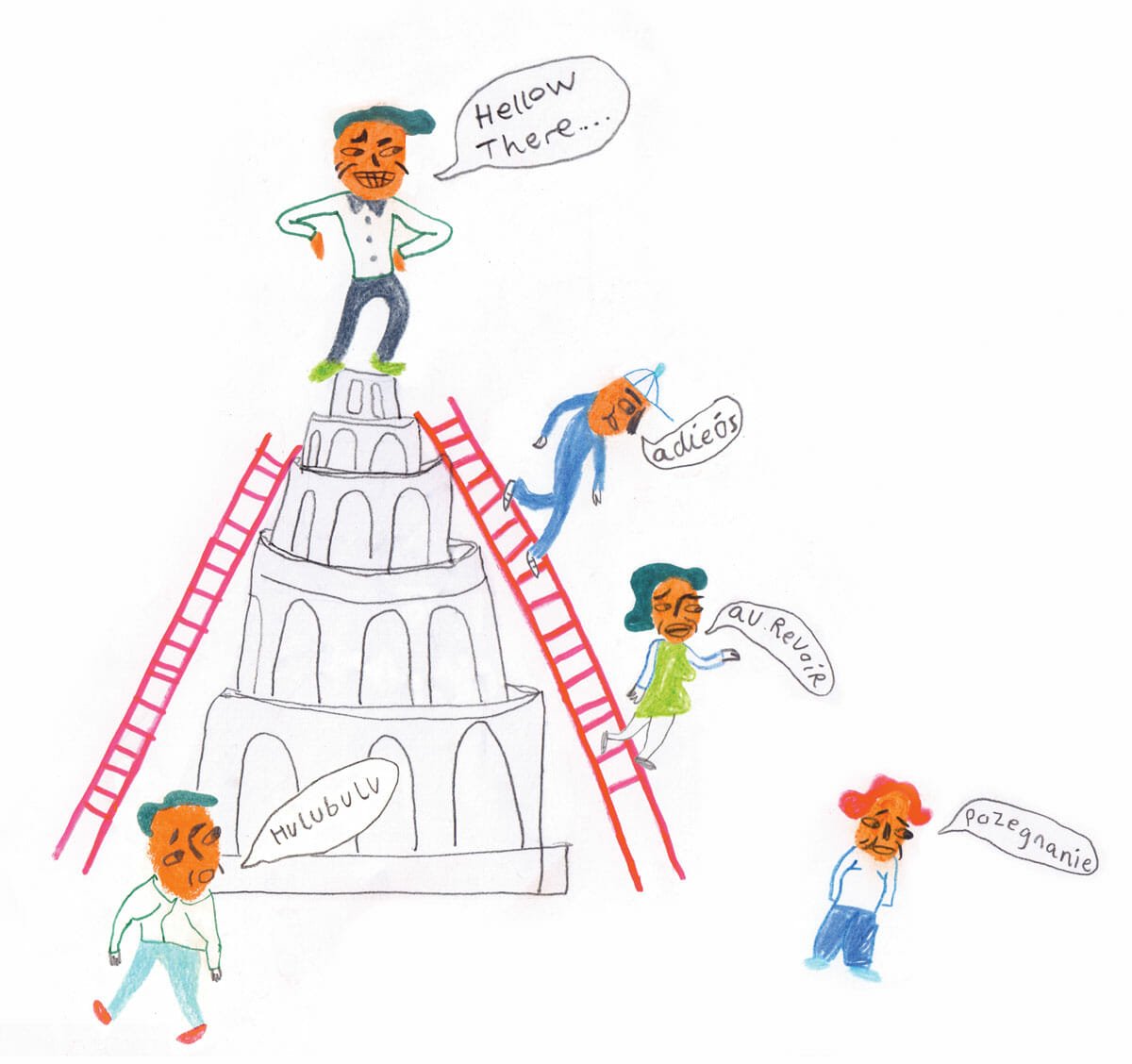 Language death — Since 2005, a large number of language programmes have been closed down at Danish universities. The Danish government's long-awaited strategy was released in the autumn. But it doesn't solve the problems, say researchers.

The Danish version of this article was corrected 21st February. It stated previously in the factbox that Korean was closed down in 2015. You can still study for a Bachelor’s degree in Asian studies (Korean studies) at UCPH.

Thai, Finnish, Greek, Tibetology, Indonesian and Polish. Part of a long list of independent language programmes that have been shut down at the University of Copenhagen (UCPH). This shows a university where priority is increasingly given to large language programmes like French, German and English.

Lisbeth Verstraete-Hansen is associate professor in French at UCPH, and with Professor Per Øhrgaard wrote the book ‘Sprogløse verdensborgere’ or ‘Global citizens with no language’ about the winding-up of language programmes at universities. According to her, this will have several consequences:

“There are some areas of expertise, that will completely disappear in Denmark. Clearly there is no need for 80 experts in Thai every year, but the closure of subjects such as Finnish, Thai and Greek means that we will become dependent on other countries’ research on these language areas. Then we can no longer go directly to the sources, something that is considered an academic virtue.”

“The less insight we have in languages, the worse we become in understanding and navigating in the modern world and trading with other peoples. Bad English has become the global language, but we will be the poorer for it. aAnd we will shut ourselves off from the outside world if we do not have an adequate knowledge base in languages other than the mainstream ones,” he said in 2016 to the news site Information.

Not a profitable undertaking

Jørn Boisen is Head of Department at Engerom, the Department for English, Germanic and Romance Studies at UCPH. He emphasizes that the problem is largely a financial one – out of the 38 BA humanities programmes and 54 MA programmes only 25 of the language programmes make a profit. This is due to the taximeter scheme – the government subsidy for language programmes is DKK 44,100 a year per student (by way of comparison, the rate for science and health students is typically DKK 92,500). From this funding, only about half goes to the department and the study programmes because tax is payable on educational funding to both UCPH’s central units and to the Faculty of Humanities. Almost all study programmes are therefore an unprofitable undertaking.

The churchyard of language subjects

Since 2010, the following language programs have been shut down at the University of Copenhagen:

In addition, Turkish, Arabic, Persian and Hebrew at UCPH were discontinued as independent study programmes and combined into one Middle Eastern Studies programme, while Polish, Balkan Studies, and Russian were merged into Eastern European studies.

“All the smaller subjects are finding it tough to make ends meet. The only subject that is performin well financially is English. It requires 30-40 students for a subject to break even. If this was a private business, the responsible manager would shut down the smaller programmes that are making losses. Of course you should not run a university like a private business. But the closure of small subjects is on the horizon, because we are constantly in the red zone,” says Jørn Boisen.

The problem starts already at the Danish secondary schools. Due to low demand, it may not always be economically feasible for secondary schools to set up language classes in, say, Spanish and French.

“The quality of the language teaching in primary schools is too volatile. This is therefore both a structural problem and a skills problem. In addition, the many secondary school students choose the subjects where they get good grades. And the language subjects are not something that you can talk your way out of. They require a certain tenacity and specific skills. So many people choose the social sciences or philosophy instead. It becomes a downward spiral,” says Jørn Boisen, who does, however, believe that the problem could be solved with financial support to secondary schools that offer other languages than English and German.

“They could also opt to make it mandatory to go through a language programme. Today the Danish secondary schools are elective shcools. Secondary school students are just opting for English as a foreign language. So right now we are dependent on secondary school principals setting up subjects that are not financially viable – like Spanish, French or German and many others,” says Jørn Boisen.

Back at the beginning of 2016, the former Minister for Higher Education Esben Lunde Larsen announced that the Danish government would lay out a language strategy in collaboration with higher education degree programmes and the business community.

The strategy was finally completed in November last year. The central element in it is that a total of DKK 100 million is allocated to the area in the period from 2018 until 2022. Most of the money, DKK 99 million, is to be used on a national centre for foreign languages, which “will include supporting a positive development for language programmes in primary school, in secondary education institutions, in teacher training colleges and at universities,” the strategy states. The centre will also offer continuing education for language instructors and will strengthen foreign languages as a supplementary skill in higher education programmes.

“The aim of the strategy is that more pupils and students choose foreign languages in addition to English, and that the language programmes become academically strong programmes that attract and retain the most talented students,” the government writes. It does not state exactly how many more pupils are to select other languages than English.

Jørn Boisen, Head of Department at Engerom (UCPH), which includes the subjects English, German and Spanish.

Jørn Boisen approves of the fact that the Danish government has worked out a language strategy. But he does not believe that it addresses the root of the problem – namely that languages like French and Spanish are not being offered in many primary schools, and are therefore not being selected as electives in secondary schools.

“It is gratifying to see that they have worked out a strategy, but they haven’t done their work properly. The government says that it is important that students learn more than one foreign language. So the strategy is DKK 100 million for some wishful thinking. There are a lot of good intentions, and conferences will probably be held with the topic discussed. But in five years time, the problem will still be here. Judging by the strategy, the academic environments that are ultimately responsible for the strategy succeeding have not been consulted,” says Jørn Boisen.

Lisbeth Verstraete-Hansen is not impressed by the Danish government’s language strategy either.

“I don’t think it is ambitious enough, because it in actual fact does not cover the entire educational system. I certainly find it difficult to see how the universities’ language programs are integrated into the language strategy. A language centre certainly sounds like a solution to some of the problems that the strategy identifies. But it does not solve the problem of getting more primary schools to offer more languages than English and German. A centre does not have the remit to influence municipalities’ priorities. As a colleague said recently, it’s a bit like club-owners drawing up a plan to get a soccer team to the Champions League, but forgets that they need players on the field, that they need time with the ball, and that they might have to change their style of play,” she says and continues:

“The challenges with foreign languages in primary schools are so complex that the strategy is not enough. Because the problem is not just in the educational system. The problem is also in the attitude towards language that is reflected in the way politicians formulate education policy. When have you last seen a nationwide campaign to get pupils to choose more than one foreign language at school? As long as it is not made obligatory for municipalities to offer other languges than English and then German, or for secondary schools to set up courses of study with language programmes at a certain level, then the current situation is unlikely to change,” says Lisbeth and adds:

“We should remember that for years secondary school students have been told that it is English that will prepare us for the globalised world. You can say that we have had a hidden – or de facto – language strategy, which with various initiatives and incentives has given higher priority to English throughout the entire educational system.”

Pind: We need to solve this together

As research and higher education minister Søren Pind has helped to put together the Danish government’s language strategy. He writes in an email to the University Post, that the national centre for foreign languages is an important step.

It has been a long, hard haul to turn these trends around. This is why we constantly follow this to find out how things are going, and where there is a need for new initiatives.

“The lack of language skills is not a trend, that we can turn around from one day to the other, but we have launched several initiatives to boost the language programmes in the entire educational system: With the reform of the teacher training college, it was possible to set up specialist profiles within languages. With the Danish public school reform foreign languages were strengthened by advancing the start of language learning. With the reform of secondary schools a continuing languages scheme was strengthened and Chinese was made a second foreign language. And with Denmark’s national language strategy, we have put aside DKK 100 million to a range of initiatives that will improve the language programmess in the entire educational system. It has been a long, hard haul to turn these trends around. This is why we constantly follow this to find out how things are going, and where there is a need for new initiatives. But it is a task that where we all need to work together: Politicians, municipalities and educational institutions,” Søren Pind writes in his response.

If you ask Jørn Boisen what could help the smaller language subjects like Spanish, French and Italian, the answer is relatively simple.

“All the small language programs are under financial pressure. The only solution would be that you set up a financial language ‘taximeter’ subsidy , so it was not a loss-maker for universities to uphold the smaller subjects,” says Jørn Boisen, who believes that it-based teaching systems can also solve some of the financial problems:

“If you could have some systems developed where you taught subjects intensively and used more IT-based teaching, you could save some money on preparation hours. But it requires financing to invest in new systems – and we don’t have it. Here the new language strategy could actually come in handy.”