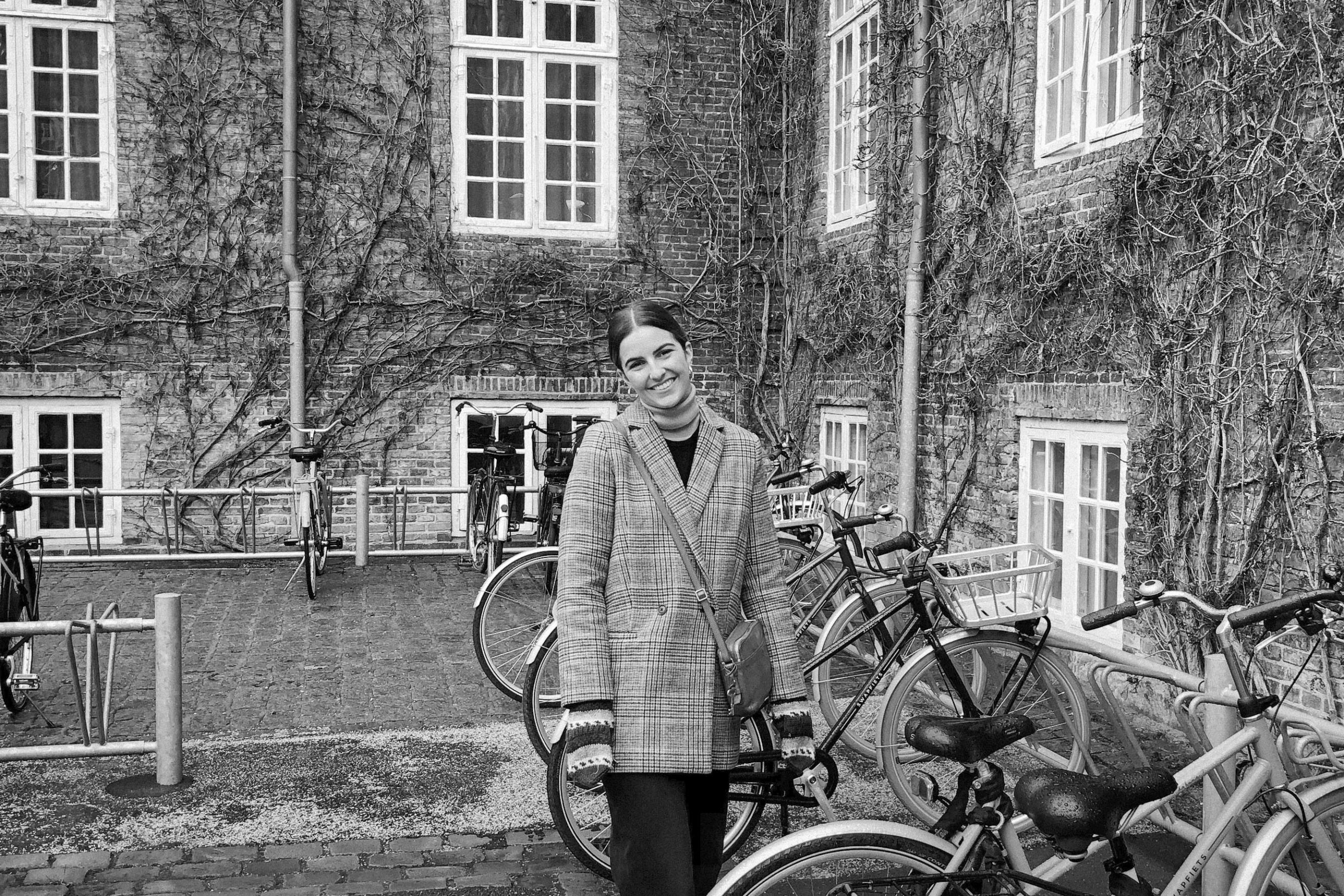 Alessia Jeffery when she was still living at the Sølvgade Kaserne dorm
image: Privatfoto

Rent — Several exchange students want their lease contracts terminated on rooms they have through the University of Copenhagen's Housing Foundation. This is after the students have gone home because of the corona crisis. The foundation rejects the students’ demands.

International students who have returned home from their stay at the University of Copenhagen due to the coronavirus have not only missed out on months of experiences in another country. Many of them are now also stuck with a double rent because they are still paying for their rooms and apartments in Denmark.

One of the students who can’t get out of her Danish lease is the Australian student Alessia Jeffery.

She lived in the dorm Sølvgade Kaserne (or BaseCamp), where she had rented a room through the University of Copenhagen Housing Foundation. Now she is stuck with the rent up to, and including July, even though she went home to Sydney already in March. This means that over the course of several months she has to pay for a room in Denmark even though she is on the other side of the globe.

The same applies to many other exchange students who have rented rooms through the University of Copenhagen Housing Foundation and that have since returned to their home countries.

In fact, Alessia Jeffery, who studies journalism and law, has chosen not to pay her April rent.

Instead, in an email correspondence with the housing foundation, she has argued that either the prerequisites for the lease have been broken, or there is a force majeure situation, and that she should therefore no longer be bound by her contract. She has failed so far to convince the foundation, which is legally an independent entity, separate from the university itself.

»It’s pretty frustrating, but I knew this was going to happen when I went home,« Alessia Jeffery says.

She, and a number of other exchange students, have grouped together in the Facebook group UCHF Tenant Organisation, which at time of writing has 682 members. Here the students share their experiences and have recently set up a petition which they have sent to the University of Copenhagen Housing Foundation.

They have issued three demands: First, students who have gone home should have their leases cancelled so they do not have to pay rent for rooms they do not use. Here, students point to the principle of force majeure, a legal principle that absolves a party of responsibilities if an unpredictable, external event prevents the party from fulfilling it.

It’s pretty frustrating, but I knew this was going to happen when I went home

Second, they demand that students who have stayed in Denmark should have their rent reduced. This is partly because their access to the dwellings’ common areas has in some cases been restricted.

Third, students argue that they should be able to pay part of their rent with funds from their deposit, because the financial crisis is putting many of them under financial pressure.

Alessia Jeffery says that there are large differences between the exchange students’ situations. Some have been called home by their government or university, others have chosen to go home voluntarily, while a third group has chosen to stay on in Copenhagen.

Their study abroad, however, has all been ruined to some degree while they continue to pay rent.

In the meantime, the University of Copenhagen Housing Foundation has repeatedly argued that students are obligated to pay the remaining rent wherever they are in the world. That’s what it stated on 12 March:

»We’ve had a lot of inquiries on what happens if your university or government decides to call you back to your home country. Please note that all contractual obligations will still apply in this case. Students may still not terminate their lease before the contract end date, which is in accordance with Danish rental law,« writes Søren Peter Hvidegaard Jensen, Director of the Housing Foundation, in the document.

This was repeated by the director in a further message to tenants on 8 April. Later he rejected the students’ demands in an email response after they handed over their petition.

In an email to the University Post, Søren Peter Hvidegaard Jensen writes that 156 tenants have so far handed over their keys and have moved out before the end of the contract period. He cannot yet say how many are demanding that their contracts be terminated:

»We have been in dialogue with a number of them, but not all of them,« he writes.

In these cases, the foundation will withhold the deposit paid by the students before they moved in, and seek to recover the remainder.

My immediate assessment is that they are probably bound by the lease, and have to pay rent until the end of their contract

Søren Peter Hvidegaard Jensen writes that the foundation has consulted with their lawyer to make sure that they are handling this case correctly. He rejects the use of the force majeure concept, which the students claim. The students are therefore »obligated to pay their rent«.

»The current situation is considered to be an insurance event for tenants, where the rent can probably be covered by, for example, a travel insurance. It depends of course on whether you have taken out insurance and whether it covers it.«

He adds that the foundation has a so-called shortening offer that lets students get out of their contracts early if the room is let out to a new tenant. This shortening offer was suspended during the first part of the corona crisis, but has now come into effect again 16 April.

Housing lawyer rejects the use of force majeure

Not all students have taken out a travel insurance. In a poll on the Facebook group UCHF Tenant Organisation from 12 April, half of the more than 130 respondents said that they did not have travel insurance, while a further 42 have replied that they were not covered at all during the corona crisis.

Instead, the students have chosen to demand the termination of their contracts. According to the lawyer Jan-Schøtt Petersen, chairman of the lawyers organisation Danske Boligadvokater, it is doubtful whether the force majeure provision can be used in this case.

My immediate assessment is that they are probably bound by the lease, and have to pay rent until the end of their contract,« says Jan Schøtt-Petersen.

To talk of force majeure it would require a situation where the landlord cannot make the lease available because a government agency prohibited its use, he says. This is a rule that exists in paragraph 16 of the Danish rental act.

The exchange students, however, are not going home because they are not allowed to, or cannot, use the lease.

»If you look at it a bit cynically, students could, in principle, stay there. They have been prevented from completing their term of study in the normal way, but not from staying in their apartment. There is therefore no force majeure in my opinion,« says Jan-Schøtt Petersen.

The current situation is considered to be an insurance event for the tenant.

The housing lawyer says that students should instead look to see whether we can talk about the prerequisites for the lease being broken – and whether the landlord is responsible for them. He also mentions paragraph 36 which states that an agreement can be amended or annulled if it would be unreasonable or contrary to proper behaviour to assert it.

»This is an assessment where it is ultimately up to the courts to decide whether you think it is reasonable,« says Jan Schøtt-Pedersen.

According to the director of the University of Copenhagen Housing Foundation, Søren Peter Hvidegaard Jensen, it is »not correct« to speak of broken prerequisites.

In Australia, Alessia Jeffery is now waiting to know how much of her deposit she can get back. As long as she doesn’t pay rent, it’s doubtful whether she can look forward to seeing the full amount again.

In the meantime, an administrator in the students’ Facebook group recommends that students pay their rent on time. The hope is, she writes, that they will get the amount back at a later date if the students succeed with their claims.

Either way, a legal showdown between the students and the University of Copenhagen Housing Foundation is on the horizon.