Hundreds of jobs lost at UCPH after government cuts 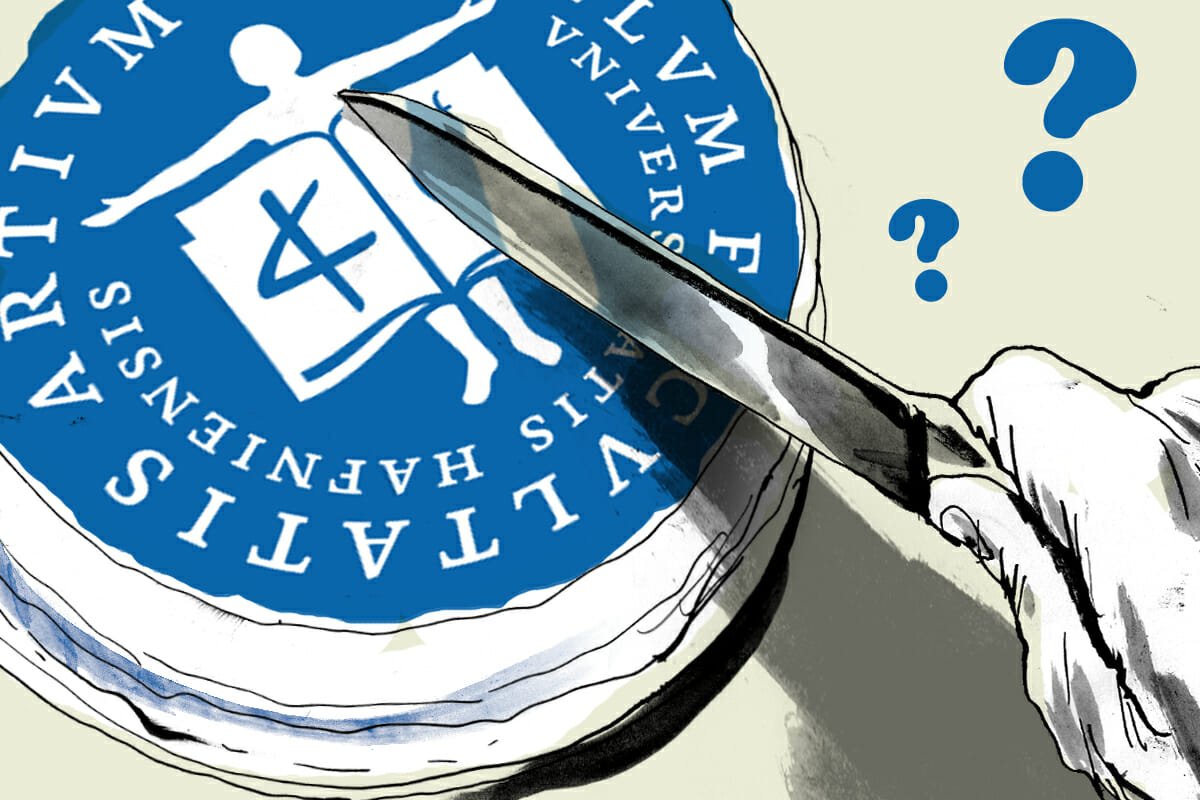 Layoffs — According to Universities Denmark figures, the annual two per cent cut to education programmes has so far cost hundreds of employees their jobs at the University of Copenhagen.

749 FTEs (full-time equivalents) have disappeared from the University of Copenhagen from 2015 to 2017. This corresponds to more than 7 per cent of staff having to say goodbye.

And academic staff (in Danish, the so-called ‘VIP’ category) who do the research and the teaching, have not been spared, according to the numbers from the Universities Denmark organisation.

The drop for part-time employed academic staff (D-VIP) is 56 full time equivalents, or approximately 11 per cent.

So the cuts have not only affected the technical/administrative staff (in Danish, the TAP category), whose numbers have dropped by 8 per cent.

Danish universities took on more and more employees over the past ten years, but in 2016 the trend moved the other way.

Number of employees at UCPH (FTE’s)

The drop in staff numbers are in the same time period that the Danish government introduced an annual two per cent cut to education called the reallocation contribution.

In the budget proposal for 2019, the government will let the cuts continue to run through 2022 and onwards.

According to the proposal, the millions in cuts are to be returned to the education sector, but without the individual institution being certain of getting the money back.

“Each year the government will decide how the money is to be spent. Is it the primary schools, the secondary schools, or maybe even another area that needs to get a boost? This will be decided each year,” said Minister of Finance Kristian Jensen (V).

Anders Bjarklev, spokesman for the rectors, has stated to the Magisterbladet magazine that the cuts will inevitably lead to more lay-offs at the universities.

In a press release he says it is “a shame and is short-sighted” that the massive cutbacks in education are set to continue.

“No matter how you try to sell this proposal (the budget proposal, ed.), the result is seven or more lean years followed by continued economic uncertainty and tighter political control. The funding per student falls by 20 per cent over ten years, and the Ministry of Finance’s reallocation continues. It has become difficult to have to sit and listen to speeches about education as Denmark’s future,” says Anders Bjarklev.

UCPH rector Henrik Wegener has also criticised the continuing cutbacks at the matriculation ceremony for new students on 31st August.

“When the government yet again prepares to cut funding, it will have a large impact on education programmes,” the rector said in his speech.

It has not been possible to get the Rector’s Office at UCPH to state whether they expect that further cuts to funding will lead to further job losses.

UCPH has calculated that they have to cut an extra DKK 45 million each year as a result of the reallocation contribution, so that the total saving will be in the order of DKK 320 million in 2022.