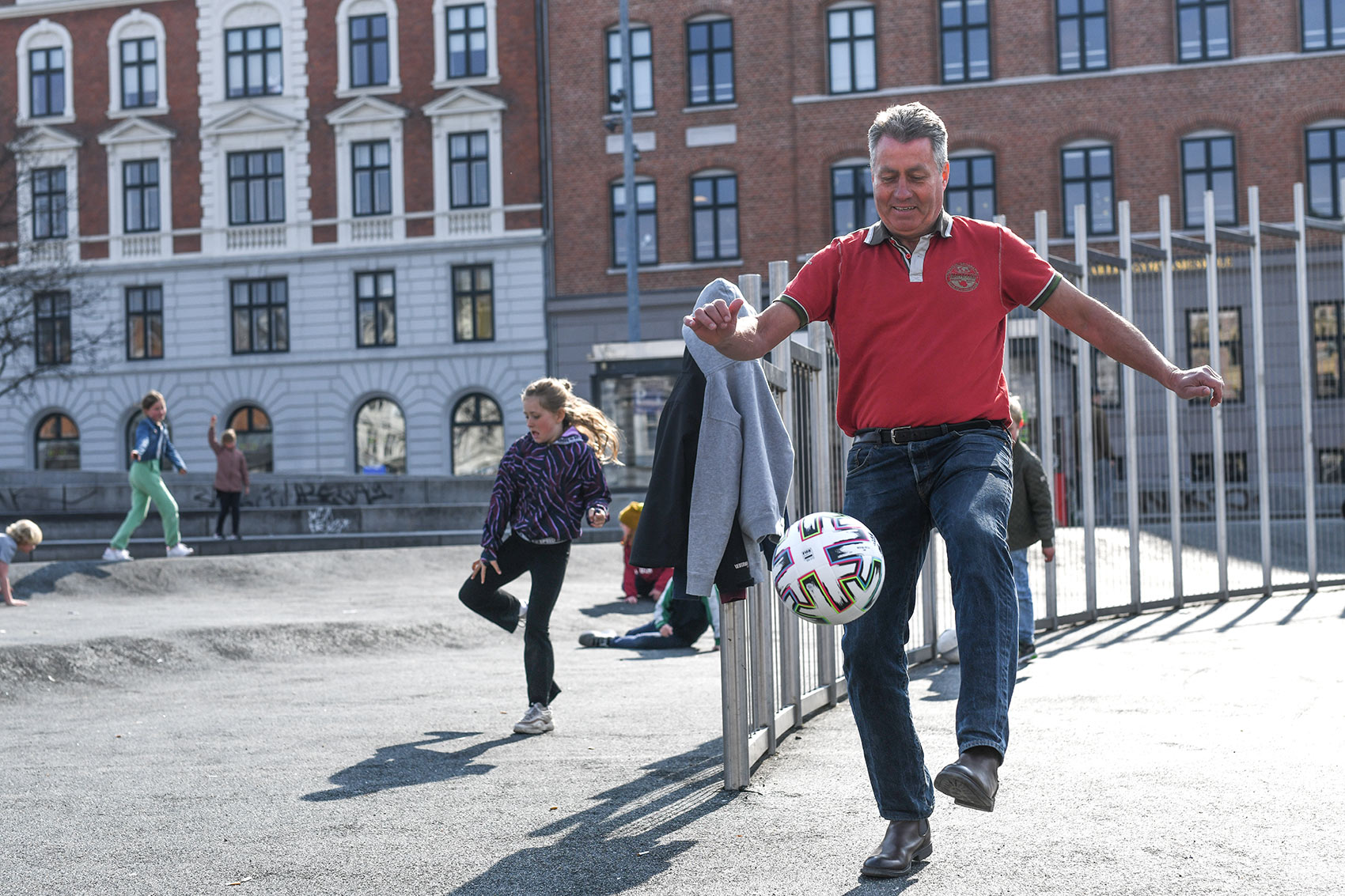 »FIFA needs to threaten to give the tournament to another country unless there are some absolutely massive, tangible, and verifiable changes in the conditions for migrant workers,« says Hans Bonde about the upcoming football World Cup in Qatar.
image: Rasmus Friis/Uniavisen

The debate over the World Cup finals in Qatar is so naïve and so simplistic, that you would think that we had never been in a similar situation. This is according to Hans Bonde, professor of sports history, who wants examples from history more prominent.

It feels like the upcoming soccer world cup finals in Qatar represent something new in sports history. The death of any illusion that sports and politics can be separated.

The desert state won the right to host the event through corruption. And since then, the dictatorial regime has used migrant workers to construct state-of-the-art stadiums and other facilities under slave-like conditions. According to the UK newspaper the Guardian, at least 6,500 migrant workers have died along the way.

The biggest football nations now have to face a real dilemma. Can they play in the stadiums that are like pillars of shame to human rights violations? Or should they boycott the World Cup finals before they even qualify for them?

These are not necessarily questions that are easy to answer. But if you think that the dilemma is unprecedented, you are mistaken. This is according to Hans Bonde, professor in sports history at the University of Copenhagen.

With colleagues and students, he has contributed to a TV series on DR2 on the Berlin Olympics of 1936 titled ‘Caught up in Hitler’s net – the Danish sports stars’ dilemma’. The sporting event ended up as an invaluable propaganda triumph for the Third Reich, that embellished itself with positive values, with the help of Danish and other nations’ athletes. In the meantime, and behind the backdrop, the misdeeds.

I wish the debate was more subtle. I wish that historical experience was employed so we can develop a more subtle understanding

We should have taken lessons from these experiences, according to Hans Bonde.

Instead, it is as if the whole debate starts over again every time a sporting event is hosted by an autocratic state. Qatar is the most recent example, but in recent times we have had similar debates on the Beijing Olympics and the soccer world cup in Russia.

»That young athletes can be used by criminal regimes to dress up political realities is something that has been happening for more than one hundred years. In this light, it seems absurd that we, again and again, discuss boycotts without taking a principled discussion about what it actually means when elite athletes are exploited by one-party states, and how we should deal with it when it happens,« says Hans Bonde.

This does not mean that the story gives us a clear answer to the difficult questions, according to Hans Bonde. On the contrary, it demonstrates that different tools work in different situations.

We now know, on purely moral terms, that it would have been clearly the right thing to do to boycott the Olympics in Berlin. The Danish IOC member Prince Axel’s assertion, that sport and politics should be kept separate, fell flat when it became clear that Hitler had won a large propaganda victory.

On the other hand, from a foreign policy perspective, it would have been a risky strategy to boycott the Games and thereby bring on the wrath of Hitler.

If we were to boycott the finals, we should have done it ten years ago.

They chose not to do this. But a few decades later, South Africa was excluded from the Olympic Games in 1964 and until the early 1990s, when apartheid was abolished. According to Hans Bonde, the boycott of South African sport, which stood as a symbol of racial segregation, was an effective means of international resistance to the regime.

Hans Bonde emphasises that each case is unique. Qatar is neither Nazi Germany nor South Africa. His point is that the people who are making the decisions about a boycott have not informed themselves sufficiently in sports history and international politics:

»The Sports Confederation of Denmark has the most seductive public theatre in the world, namely football. But politically speaking, they have an infinitely low level of understanding. I want them to appoint experts in international politics who can give them these historical experiences and the tools to determine which situations it makes sense to boycott,« he says.

Danish boycott should not stand alone

What does history tell us we should do in the case of Qatar?

At the University of Copenhagen, 200 sports science students have, in an open letter to the Danish sports confederation DIF and the soccer federation DBU argued that Denmark should boycott the finals.

Several football fans and sports journalists have done the same. A survey by the pollster Megafon even showed that 44 per cent of Danes are in favour of a boycott, while only 39 per cent would like Denmark to participate. 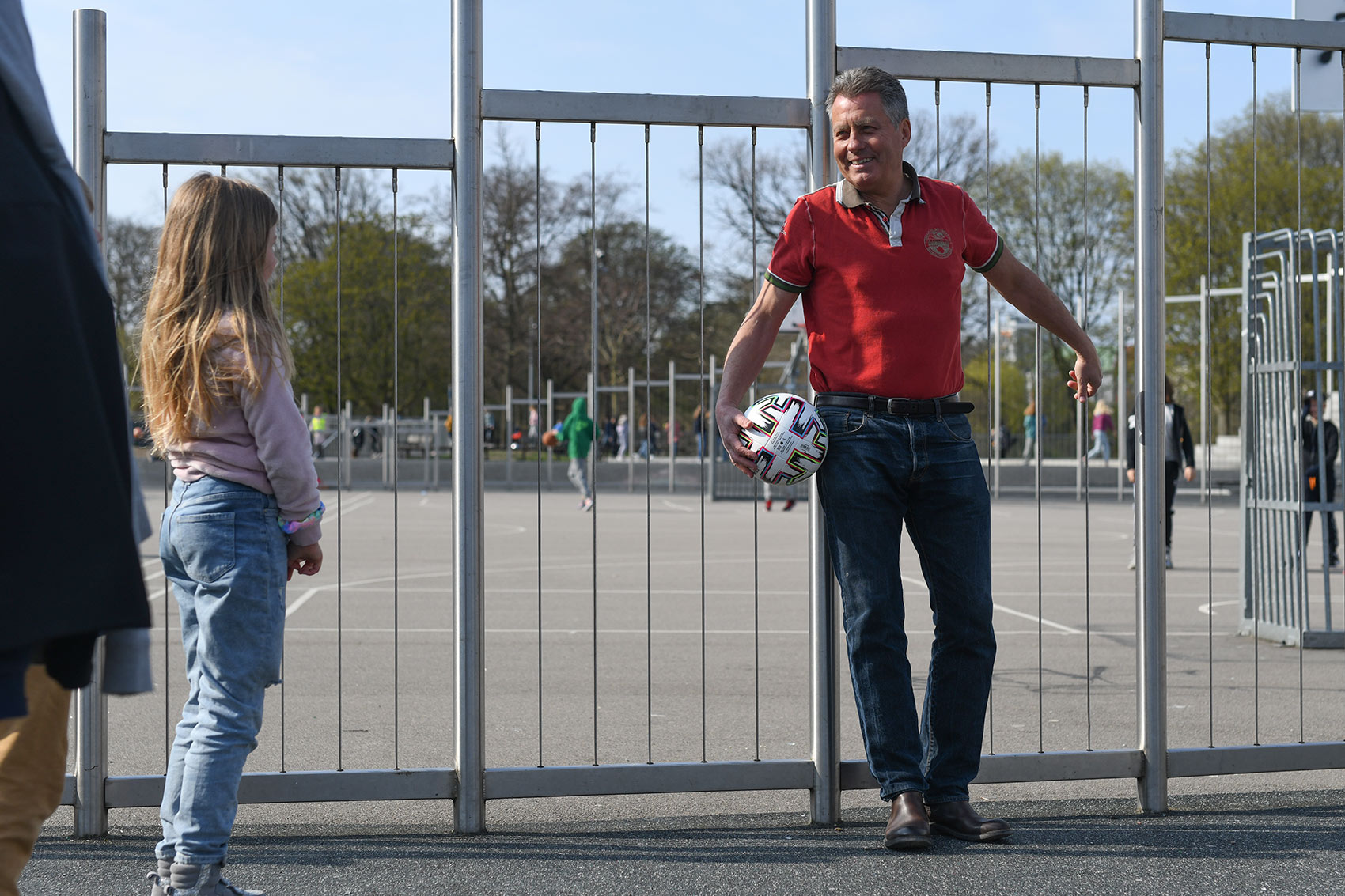 The Danish national coach Kasper Hjulmand has, however, often referred to Amnesty International, which so far has urged the national team to not boycott. Instead the finals should be used to exert pressure on the regime in Qatar to implement reforms.

Hans Bonde says that it is about what initiatives can improve the conditions most for migrant workers. In this light, he rejects the idea that Denmark should go it alone and use the boycott instrument:

»I want the discussion up on a meta-level, so that we are not unprepared and naïve every time.

»If we do this, no one will notice, and Qatar will not be shaken. But we will be excluded from international football subsequently,« he says.

»And will it help migrant workers? I can’t see that happening.« All the migrants who work on the buildings and who are waiting for their salaries will just be sent home pell-mell. Will they ever get their salary at all? It will only benefit our own good conscience.«

Instead, Denmark and the other football nations should join together and get FIFA to threaten to take the world cup from Qatar, according to Hans Bonde.

»There are about twenty months to the World Cup, and there are many large countries like France, the UK and Germany who can take over the finals at short notice. FIFA needs to threaten to give the tournament to another country unless there are absolutely massive, tangible, and verifiable changes in the conditions for migrant workers.«

What does that mean? When will Qatar have carried out enough reforms to be able to hold the finals?

»Within the next six months, the regime needs to demonstrate massive changes in the inhuman working conditions and allow impartial studies of this to be conducted by, for example, bodies like FIFA and UEFA. Independent journalists should have unhindered access to document any improvements and to talk to the migrant workers who are experiencing them. This includes ensuring that the safety conditions have been significantly improved, that they are paid salaries and have access to their passports.«

Can you understand if you as a football player think that you — under no circumstances and even with the improvements mentioned — want to play in stadiums that migrant workers have died from constructing?

»Every football player is free to say no thanks. But if we were to boycott the finals, we should have done it ten years ago. We knew then that Qatar was violating human rights, and that it had won the right to host the finals based on corruption,« says Hans Bonde.

»At the same time, the pressure has worked in the sense that the regime has implemented reforms and has formally abolished the Kafala system (which means that migrant workers’ right to work and legal presence is dependent on their employers, ed.). Now you have this last chance to increase the pressure to the maximum.«

The Sports Confederation of Denmark did not wish to participate in this article. You can read the response to the critical sports students from the confederation and from the Danish Football Assocation here [in Danish].

Get a weekly email with out top stories