Professor: ‘Tenure track’ is not what Danish universities say it is 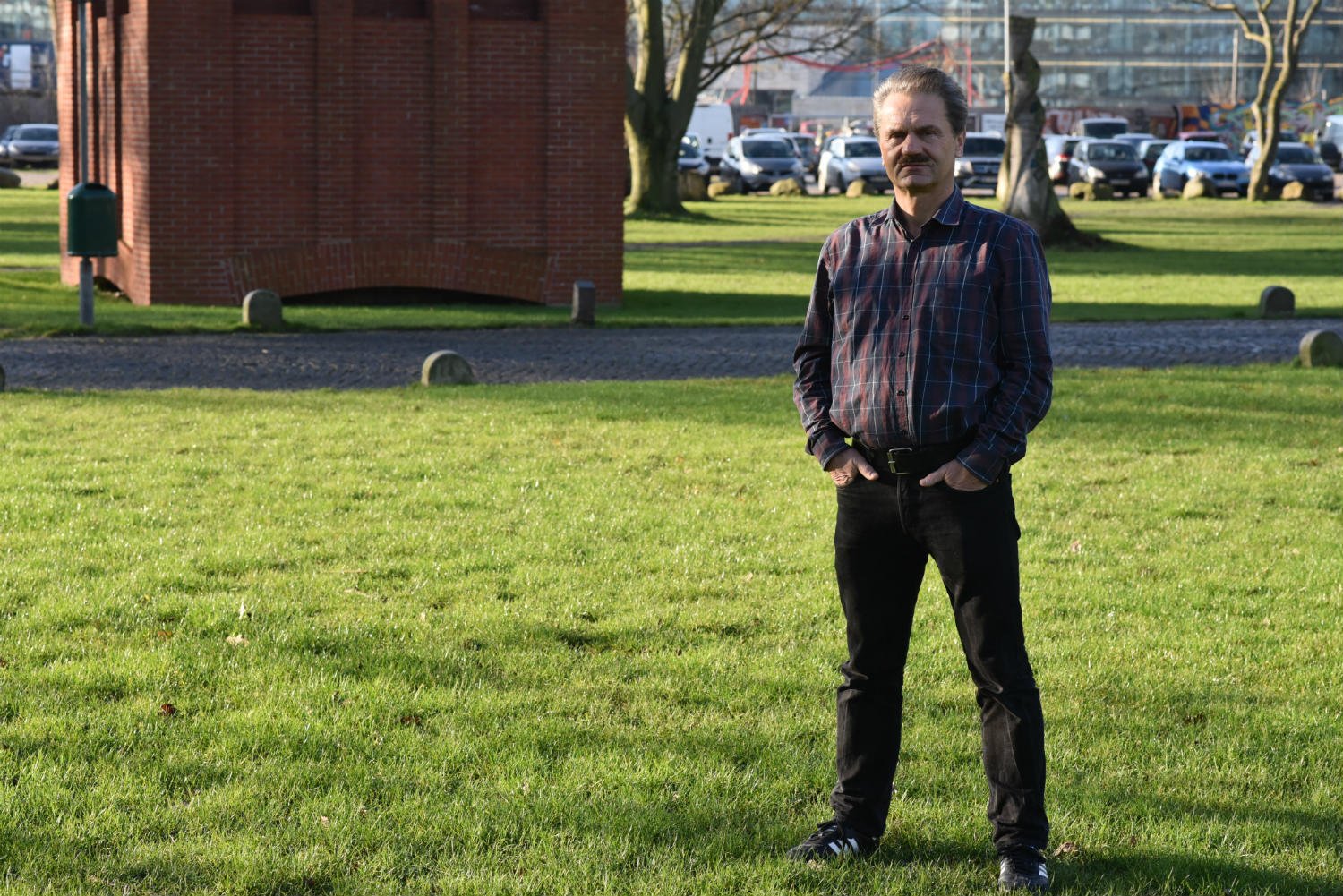 Fritz Henglein is so opposed to the use of the ‘tenure track’ concept, that he has stepped out of the committee. He says that international talented academics are applying for positions that they think are far more secure than they are in reality.

The word is probably meaningless for most people, but at many universities around the world, the word is almost sacred.

The word is tenure, and it means security of employment. Detailed definitions vary, but is difficult and expensive to sack a scientist with tenure, a bit like being permanently employed as a civil servant.

When researchers are employed in tenure track positions at the University of Copenhagen – a process that automatically leads to an associate professorship position for those that are academically qualified – you would therefore think that they could look forward to secure employment.

The problem is, that many people do not get what they expected when they saw the job as advertised. This is according to Fritz Henglein, Professor at the Department of Computer Science, who until recently was a member of the so-called Tenure Track Committee at the University of Copenhagen.

He left the committee in December, and did not try to conceal why he left: He sent an email to the other committee members and the former dean John Renner Hansen where he explained that the University of Copenhagen does not actually offer tenure, and that the use of this concept is wrong.

For many applicants, it may even seem to be »cynical,« he says to the University Post.

»You use the tenure track concept, because you would like to have as many exciting and talented applicants as possible, and then you end up overselling the positions.«

It is like thinking you are going to get a Mercedes, but ending up with a VW Passat.

He calls it a labelling con. This may be the rage in the advertising industry, but Fritz Henglein says that public universities have an obligation to use the right words for the right things. Because their ultimate purpose is the truth.

According to the professor, the Danish use of ‘tenure track’ is particularly misleading because the programmes are to a large extent directed at talented foreign applicants. Many of them come from a culture where tenure is associated with greater job security than it does in Denmark, which has a relatively flexible labour market. In some places abroad, researchers with tenure cannot not be fired for financial reasons at all.

In Denmark, researchers were once employed under what was called civil servant terms, which meant that it was extremely expensive to sack them, but this is no longer the case.

»I’m am so sad when I have to point out to young researchers who have applied, and have been to a job interview, that we do not actually have tenure. I know some who have been infuriated by this. It is like thinking you are going to get a Mercedes, but ending up with a VW Passat. It’s a good car, I drive one myself, but when you have promised people a Mercedes, this is not OK,« says Fritz Henglein.

»Truth in science and truth in advertising cannot be separated. I just think we need to be honest.«

Chairman: It is misleading

Henrik Dimke, chairman of Det Unge Akademi, agrees with Henglein. In fact, Det Unge Akademi already criticised the Danish use of the concept of tenure during the consultation process prior to a new ministerial order on job structure. This order is what universities follow when they use the term tenure track, where researchers have the opportunity to automatically go from assistant professor to associate professor without open competition.

The ministry chose, however, to retain the term despite criticism from Det Unge Akademi. To Henrik Dimke’s annoyance.

»It is misleading to use the word tenure, because these are not the terms of employment that we are offering at universities. This is misleading,« says Henrik Dimke.

»You can get a permanent position through a tenure track process, but you can then subsequently be fired for a whole series of reasons. It is pretty easy to sack university employees in Denmark. We have seen examples of this happening on a flimsy basis.«

In reality, we do not know whether anyone has felt cheated. No one has approached us and said so.

Critics have previously pointed to the sacking of professors Thomas Højrup and Hans Thybo as examples of how job security is actually limited at the University of Copenhagen. In these cases – as it could be seen in a number of subsequent petitions – many people found the reasons for their dismissal were unreasonable. In Hans Thybo’s case, the University of Copenhagen’s basis for him being fired was even overturned in an arbitration hearing.

Critics said then that Danish universities should stop using the word tenure.

The extended protection that comes with actual tenure, is considered by many to be a good thing. The argument is that researchers are more likely to express themselves freely, and criticize management if they have no fear that it may cost them their job.

»If we do not ensure that we have job security, we do not actually have any freedom of expression and freedom of research,« a former member of the Board of the University of Copenhagen Niels Kærgård wrote, for example, in an opinion piece for the Danish news site Berlingske.

When the ministry – and the universities – use ‘tenure track’ it is for a reason, according to Henrik Dimke: The term has more impact abroad. Dimke says that he knows several places where it is a necessity to have the term tenure in the job advertisements if you want to attract international researchers.

Former prorector Thomas Bjørnholm said in 2011 – before the tenure track system existed – that the University of Copenhagen could only get the best applicants if they started offering tenure track.

»Everyone understands what it is supposed to mean when you use the term ‘tenure track’, but it turns out that this is not what is actually meant. That’s why they should call it something else,« says Henrik Dimke.

He calls it a ‘promotion track’, and Fritz Henglein suggests the same term, or ‘career track’. If the position was given a new name, they would both see positively on the process, which will provide young researchers with more job security on the road to a permanent associate professorship, at a time when precarious, limited-term, positions are proliferating.

»It is an exciting position, but it is not tenure,« says Fritz Henglein.

No one should be cheated

Mette Hartlev, chairman of the committee that Fritz Henglein has now left, says that the other members have subsequently discussed the criticism by the professor.

It is not the task of the committee to decide on whether it is reasonable to use the words tenure track, she says. Instead it is their task to follow and evaluate the individual tracks of employment based on the ministry’s description of the job structure, and the guidelines that apply to tenure track appointments at the University of Copenhagen.

»But I do think that you have to make it absolutely clear what the positions entail, so no one is lured into coming here under false pretences. If this were the case, it would undermine the entire scheme,« says Mette Hartlev.

It is pretty easy to sack university employees in Denmark.

Should you make it more clear than it is now?

»I don’t know how clear it is, because I have not been involved in the hiring interviews. We do not know, in reality, if anyone has felt cheated. No one has approached us and said so,« she says.

»But this does not matter, because no matter what, it is important to be aware of this. The Danish applicants are probably aware of what the position entails, but it is not certain that foreign applicants know Danish conditions just as well.«

The University Post has asked for an interview with management at the University of Copenhagen, which has previously spoken in favour of the use of tenure track. But Deputy Director for Communication Jasper Steen Winkel, states that the university follows the ministerial order’s job description. He refers to the Ministry of Higher Education and Science that is responsible for the ministerial order.

An employee in the ministry’s press service writes in an email to the University Post that »it is important to separate tenure track from tenure.«

»Tenure refers to a definite permanent position, while tenure track means a form of employment in which the assistant professor is employed on a track that will lead to a permanent position if the employee is assessed as being professionally qualified for it without having to compete with other applicants for the job.«

It has not been possible to get a comment from the universities’ interest organisation Danish Universities.