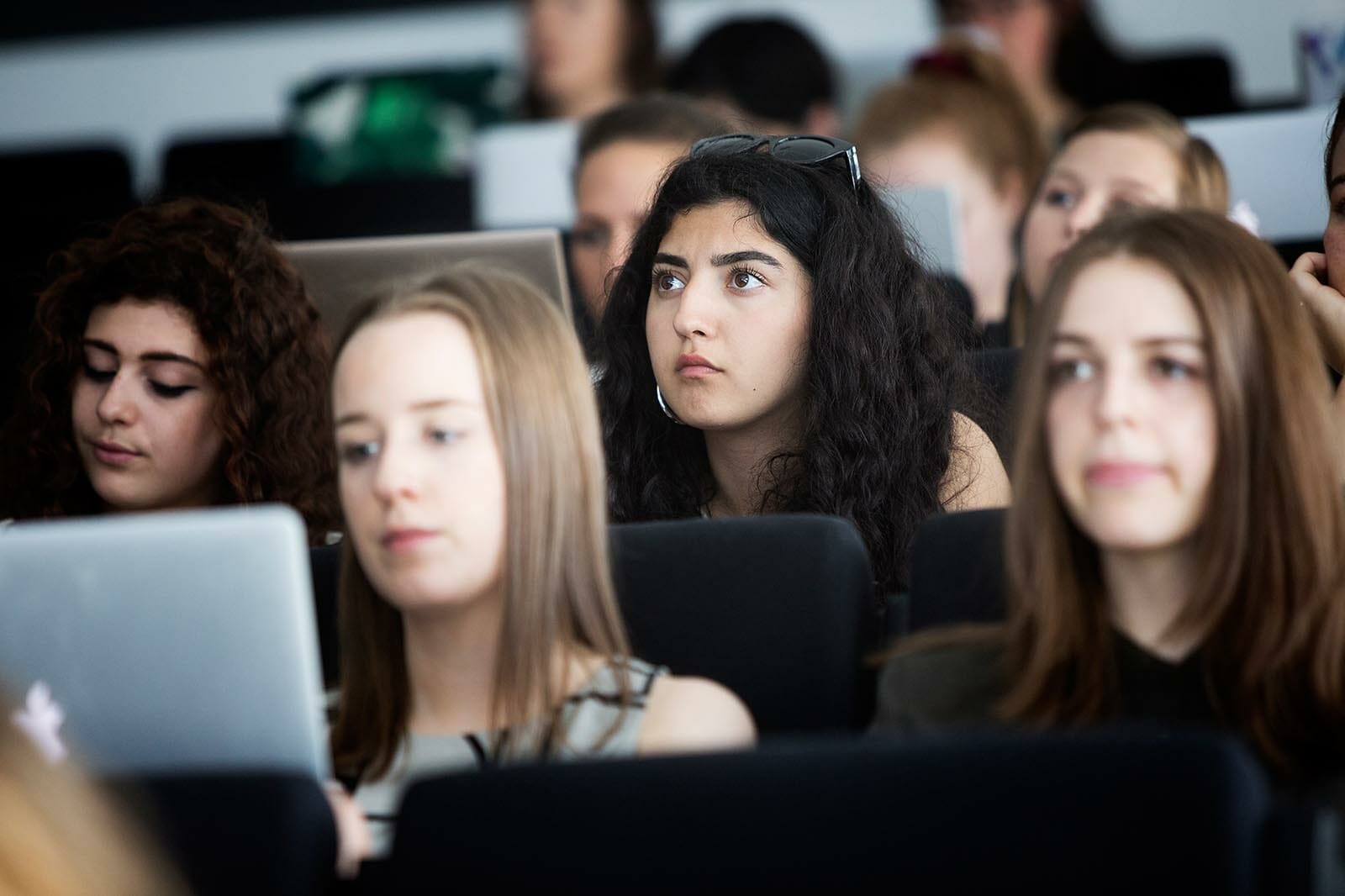 Once again this year, women dominate the University of Copenhagen in terms of admission numbers.
image: Lizette Kabré

Record applicant numbers have meant higher admissions on almost all of the faculties at the University of Copenhagen. Yet again this year, the majority of new students are women.

More students than ever applied this year to study at the University of Copenhagen. And after all applications have been processed, it appears that the 2020 year cohort will be an unusually big one.

The University of Copenhagen has admitted 7,831 new students In total, about 500 more students than last year and the highest number ever. The increase affects most fields: All faculties except the Faculty of Theology admit more students than in 2019.

The eight Danish universities have in total offered 33,503 student spots in 2020.

According to Pernille Kindtler, who is Head of Section at the at the University of Copenhagen Education & Students unit, the numbers are not only an indication that there have been more applicants in 2020, something that is often the case in crisis years. People have also applied to a wider range of programmes on their prioritised applications.

READ ALSO: Top 10: Here are the UCPH programmes with the highest grade requirements

»One thing is that there are more applicants, but we need to have the space for them. Here we can see that the applicants have applied to a wider range of courses, and that we have been able to fill up some study programmes that previously had vacant spots. This is positive, both for us and for the applicants,« says Pernille Kindtler.

She explains that the vast majority of the 216 extra study places set up by the University of Copenhagen this year following the Danish Parliament’s increase in admissions to selected study programmes, have been taken up.

At the University of Copenhagen, this means that study programmes like computer science, economics and law have increased admissions.

On the other hand, the Faculty of Science has seven of the nine study programmes with vacancies, even though politicians for years have been trying to foster an interest in the natural sciences.

The Faculty of Science however, has seen an increase of 11 per cent in total intake, and is the faculty that will welcome most new students in 2020.

The Danish political decision to set up extra study slots was due to the expectation that more young people would apply for higher education in a year of corona crisis. The crisis reduces the number of jobs for young people, and flight disruption has ruined young people’s plans for gap years.

Pernille Kindtler says that she is pleased that the University of Copenhagen has been able to increase admissions. But she also points out that slightly fewer were able to have their first priority fulfilled: a decrease from 83.6 last year to 80 per cent.

»We know that the risk of dropout is greater among students who have not been admitted on their first priority study programme. We are eager to find out what this will mean for this year cohort,« she says.

»If many people, for example, have made their choices based on the fact that they were not able to do what they actually preferred: What does this do to their commitment?«

Pernille Kindtler says that the university will try to make students aware that they do not need to put off plans just because they can’t carry them out right away.

Danish students can now, after a legal right of admission has been extended, take longer breaks between their bachelors and masters degrees without losing their places.

»You don’t necessarily sign up for five years in a row. You have the opportunity to take a break,« she says.

Once again this year, women dominate University of Copenhagen in terms of admission numbers.

This can be seen as an effect from the fact that women get higher average upper secondary school grades than men. But the admissions numbers at the University of Copenhagen also suggest that men and women focus on different subjects.

»I don’t want to say that I’m worried about it, but I’m aware of it,« says Pernille Kindtler.

»People should not be restricted by their gender, but make their choices on the grounds of their interests. And I personally find it worrying that our education and labour market is so gendered. But as an educational institution, we should not, in general, be concerned about whether we admit one or the other gender.«

Can an educational institution consider marketing the study programmes in a different way in order to fight the gender disparity?

»That’s what I mean when I say that I’m aware of it. We need to be aware of whether there is anything in the way in which we communicate our study programmes that speak more to one gender than another. This is what we can look at. But much of this is, of course, related to wider structural things in society.«