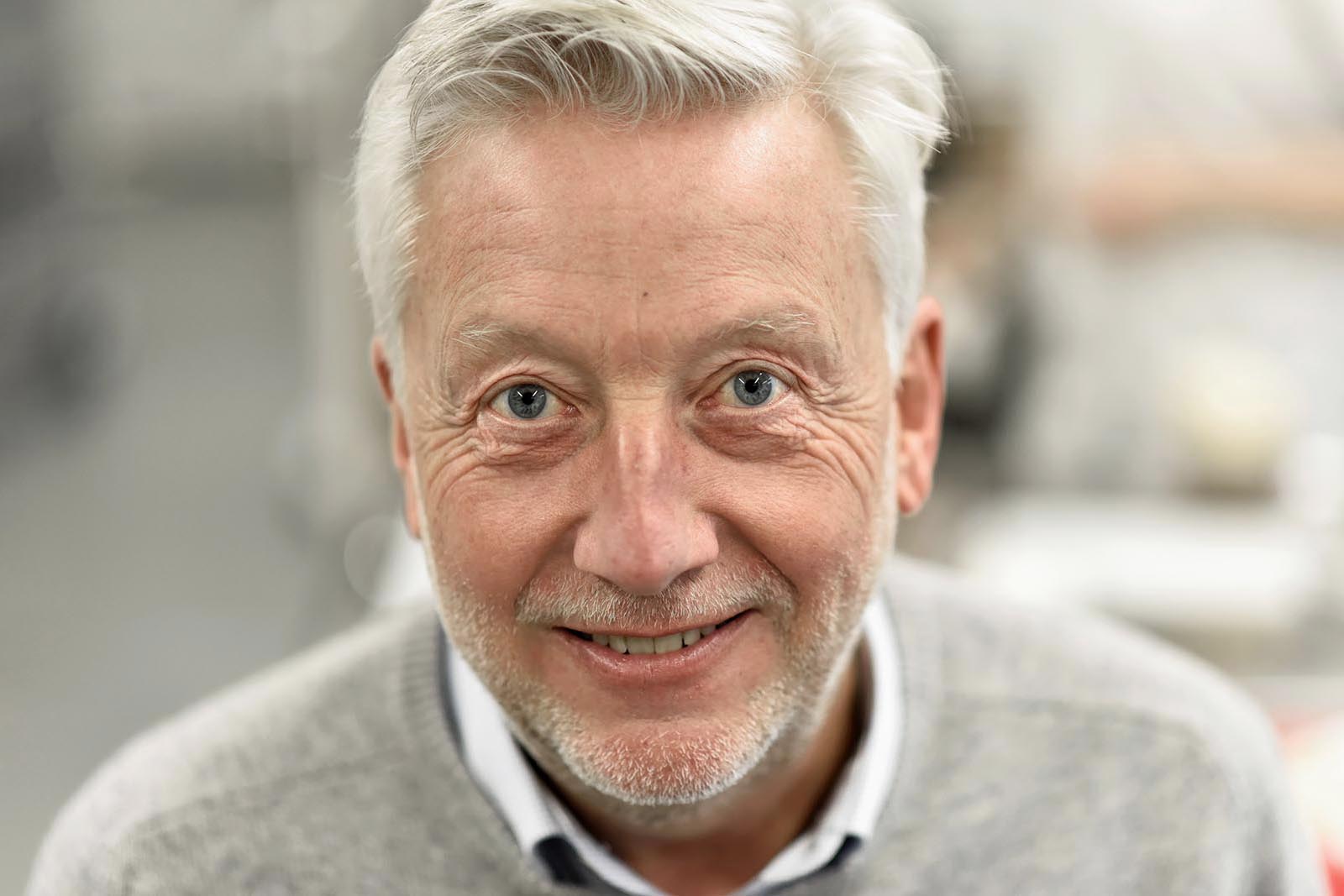 »I find it really easy to write, and I can draft a scientific article while I am on a plane crossing the Atlantic.«
image: Anders Fjeldberg

29 years as head of department and Arne Astrup has his name on more than a thousand scientific articles.

1,245 publications. 43, on average, per year. Nearly one scientific publication a week.

Think about it one moment: Arne Astrup manages a department at the University of Copenhagen, with all the administrative work that this entails. And yet he, at the same time, writes, or helps to write, one scientific publication – every week. On average, one publication per working week since he started as head of department in 1990.

Some are abstracts of wider research, some are books targeting a wider public, most of them are peer-reviewed scientific publications.  And they are – all of them – specified on the Danish National Research Database here.

On Google Scholar, which defines and tallies publications differently, Arne Astrup has more than 2,000 publications listed since 1990 when he was first hired as a department head at the former Royal Veterinary and Agricultural University in Copenhagen.

On Google Scholar, researchers are ranked after citations. At the University of Copenhagen, Arne Astrup is ranked number five in spite of his head of department job.

»For me it is driven by impulse,« he says, when the University Post asks him about how he maintains his research productivity.

»When I stumble upon something that sounds interesting, then I just start writing,« says Arne Astrup, pointing to a recent article in the British Medical Journal as an example of this idea-driven, spontaneous, writing process.

Arne Astrup, who is now director of the Department of Nutrition, Exercise and Sports at the University of Copenhagen, is also a regular newspaper columnist, and until recently he maintained an advice column on the Propatienter health news site.

»I find it really easy to write, and I can draft a scientific article while I am on a plane crossing the Atlantic. I have many years of experience too, and so I can write in six hours what, say, a young PhD student can do in six weeks,« he says. »But this said, my research articles are not just by me alone. Apart from co-authors who do the experiments and data analysis, they are dependent upon other professional staff members, and I do not myself do any work in the laboratory any more. And then there is my wife Charlotte, who gave up her own legal career to take care of three children and me.«

»I led the EU project DioGenes for example 10 years ago, and some years ago the OPUS Centre ‘New Nordic Diet’ and this keeps on generating new angles to an existing data set. As I understand the underlying data set very well, I am often asked to take on a role as guarantor that the new research is carried out stringently, which leads to me being cited as co-author. In practice, for me, the work as a guarantor is 2 to 3 hours of critical reading.«

In terms of publication numbers, these articles are »low-hanging fruit’ according to Arne Astrup.

Natural and health science scholars generally do better than social science and humanities scholars on metrics that count scientific authorship. This has to do with the larger scale, and often more collaborative nature, of many natural/health science research projects, leading to more co-authorships and thereby better numbers on research databases.

There are also cultural differences between the sciences, and this can sometimes lead to conflict. Like when a Copenhagen PhD student in the social sciences Annemette Nielsen in 2013 protested against having a group of health scientists, among them Arne Astrup, as co-author on her project. Arne Astrup asked a committee for scientific practice at the University of Copenhagen to decide on the current practice.  They ruled at the time that Arne Astrup’s health scientists’ group amounted to »contributorship« rather than the more comprehensive »co-authorship« in this case. The different expectations concerning co-authorship have led Arne Astrup to specify guidelines at his department on authorship and the distribution of tasks.

Arne Astrup insists that high numbers of publications is not something that he targets specifically in his working life.

I have 40 years of experience ... so I can write in six hours what, say, a young PhD student can do in six weeks

And his heads of department colleagues don’t brag to each other about their publications and citation scores either, he says.

Publishing makes him a better leader of other researchers, according to Arne Astrup. It means you have more respect for the working conditions of this staff group. And the researchers themselves respect you more.

»Being an active researcher also lets you set up collaborations with other departments, and with the surrounding community, including companies. And it lets you communicate with media and take an active part in the public debate. For my own part it has given me a large network among decision makers at home and abroad, and this is valuable as a department head. I would not have got this without being active in research.«

This has been my own choice, and for me it is like an interesting hobby, instead of, say, playing golf.

His publications and citations helped move his department up from 18th to number one in the world on the Shanghai ranking for nutrition and sports science in 2018.

According to Arne Astrup, his activity helps to maintain a kind of virtuous circle, where the funding attracted to the department due to his own authored and co-authored research, in turn helps to pay for administration staff that take over some of his routine tasks.

»I have been fortunate to have a very effective head of administration and secretariat which has let me delegate a good part of my tasks,« he says.

Arne Astrup's citations and publications (documents) since 1980 as rendered on the abstract and citation database Scopus.

»The disadvantage is that research tends to extend the working week considerably, and a good deal of it takes place in the evening and on weekends. But this has been my own choice, and for me it is like an interesting hobby, instead of, say, playing golf.«

He does not have a clause in his work contract specifying how much of his time he should spend on research and how much time on the other administrative work as head of department.

»They asked me if I wanted a clause with a percentage of work time specified. But I said that my main task was to run the department. Anything up and above this I can take care of myself.«