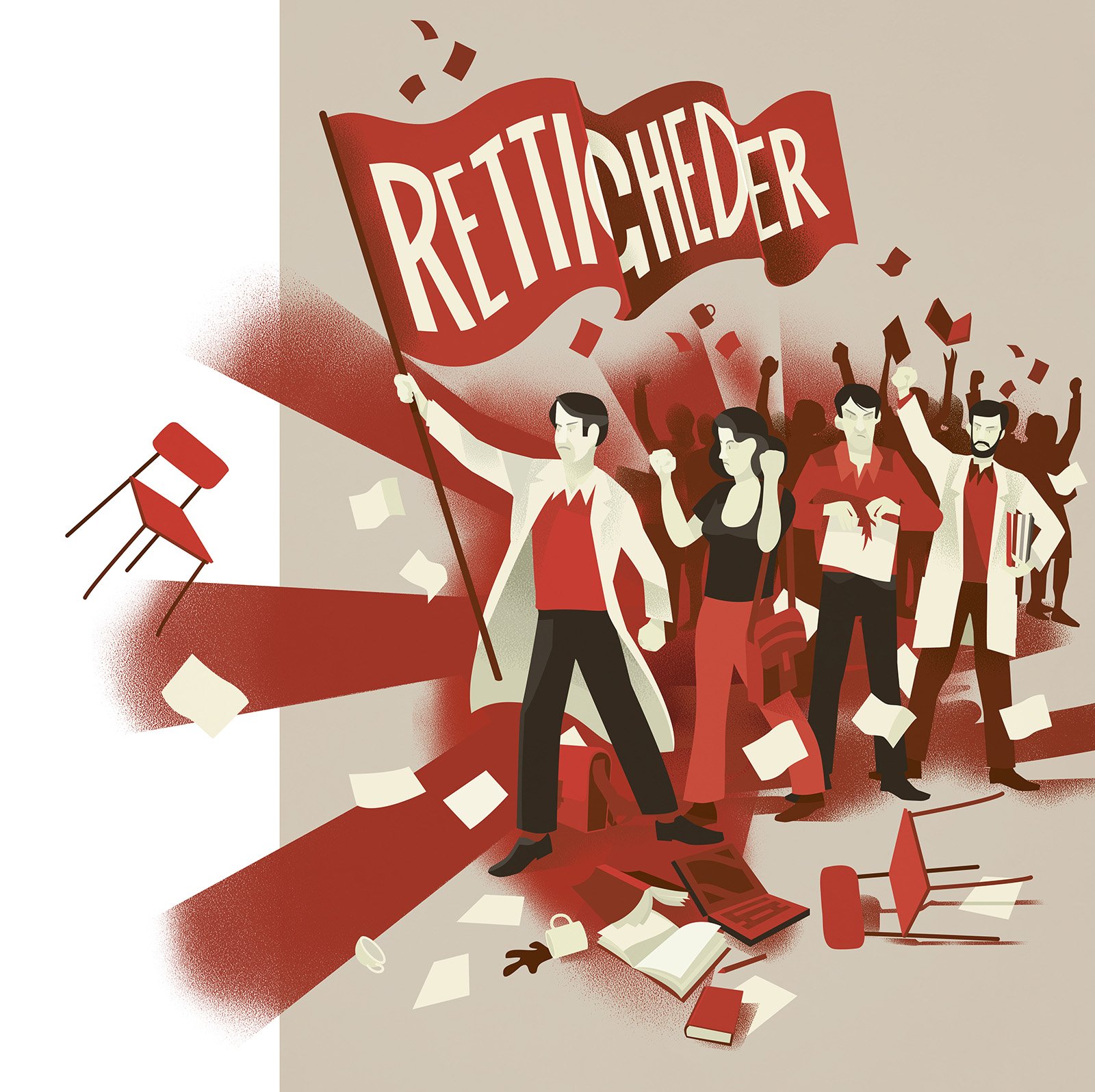 Precariat — Chairman of the association for temporarily-hired researchers at the University of Copenhagen (UCPH) is delighted with the fact that the Research Policy Council is to focus on PhDs’ difficult career paths. The next step could be a study whether the working conditions for younger researchers forces them to work for free and to show servility to permanent staff.

The path to a career as associate professor or full professor has become less viable in recent years, according to a recent report from the Danish Council for Research and Innovation Policy (DFiR).

Especially women with children have a hard life in competition for permanent positions. And in general, the path from PhD to an associate professorship has become longer. It takes an average of six years for those PhD graduates who are working towards a permanent position, to get one. The majority do not.

Jens Oddershede, professor and chairman of DFiR, has called the intense competition for a job “a challenge for the individual and for the university.” In the years before they reach a permanent position, or give up getting one, a younger researcher often has multiple temporary project positions at universities, without knowing whether their career will end up being for nothing. “They are waiting for Godot, to put it bluntly,” said Jens Oddershede to the University Post.

Dan Hirslund is an anthropologist and postdoc at the Department of Cross-Cultural and Regional studies, University of Copenhagen (UCPH), and welcomes the new data. Hirslund is chairman of an association of the university’s temporarily-hired researchers – the so-called T-VIP category – that was founded in 2017. The group includes PhDs, non-tenured associate professors, assistant professors without tenure, even research assistants, teaching assistants and former researchers who have had to apply for administrative positions to survive.

The goals of the association include influencing the traditional trade unions so they shift focus from the traditional, permanent, employees towards the temporary labour market, and getting better career development and pay at the University of Copenhagen. According to Dan Hirslund it is “disgraceful to see the lack of salary solidarity shown towards groups of employees that do the most work in connection with teaching, administration and research. When you see the large salaries paid out on the executive floors, it is not convincing when we are summarily brushed off with the argument that the university can’t afford permanent employment.”

Hirslund writes in an email that the DFiR report on career paths delivers “strong insights on the uncertainties of research careers. The biggest challenges for the precariat academic group in Denmark include the impossibility of planning, in conjunction with the uncertainty as to whether a permanent position will be a possibility at all.”

Apart from being in precarious positions that prevent the planning of life outside work, the temporary staff are also placed in subservient positions.

Dan Hirslund notes that the DFiR figures show that well over 50 per cent of PhDs at universities do not have a permanent position, six years after they have completed their studies.

“This, in my opinion, is a lot. And it is beyond my comprehension why there has to be uncertain employment upon completion of a PhD, which marks the very highest academic qualification after at least eight years of university education,” writes Hirslund.

“This points to the second concern, which is that we have somehow accepted that researchers cannot count on permanent employment before they are older. As if they, in contrast to most other employee groups, should accept that they can only start planning families and larger fixed overheads after they are 40. We believe that is a trend that should be reversed as soon as possible.”

Work for free and avoid controversies

At the University of Copenhagen the group of temporarily hired postdocs grew from around 700 in 2011 to over a thousand in 2016. The group of PhD students and assistant professors has also grown significantly, while the same does not apply to permanent positions as associate professor and professor.

A problem that, according to Dan Hirslund, should be the object of a more thorough investigation, is that researchers without fixed career paths are affected by particular uncertainties:

“The problem is not just that there are too few permanent jobs. But also that the process of getting these jobs is not transparent,” writes Dan Hirslund.

“With this lack of transparency, and the often very complicated hiring processes, a huge subculture of pre-emptive action comes about. Researchers in temporary positions attempt all kinds of flattery because it just might be that the colleague that comes to ask whether you want to take a couple of guest lectures on his course ends up having an impact on whether you can get a job in the future. In addition to being in uncertain jobs that forestall all opportunity to plan their lives outside work, temporary staff are also in subservient statuses, where they have to be careful what they say to avoid ‘stepping on someone’s toes’. They therefore do a lot of work for free and avoid controversial situations.”

“I hope that DFiR will clarify some of these topics in their future work.”