Thybo tried, in vain, to get Rector to quash sacking rumours 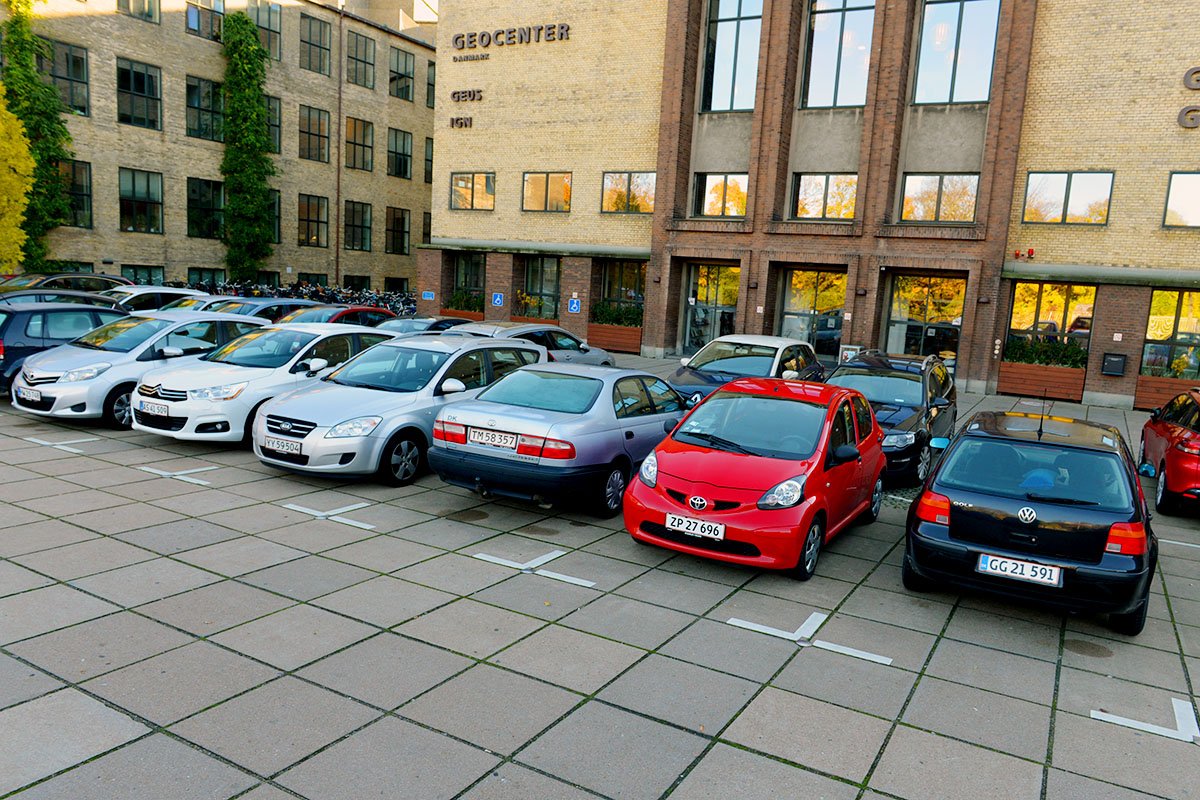 Hans Thybo — Sacked Professor Hans Thybo rejected a settlement proposal from UCPH and is ready to go to court to get his job back after doubts concerning the University's grounds for dismissal. New documents show that Thybo unsuccessfully tried to get Rector to declare that there were no secret grounds for dismissal

Professor Hans Thybo has sought to have the justification for his November 2016 dismissal from a position at the Department of Geosciences and Natural Resource Management (IGN) made public.

The University of Copenhagen (UCPH) has stated three justifications for his dismissal. The first is Thybo’s alleged repeated use of a private Gmail account for work purposes. The second and third justifications are in fact based on one accusation, that Thybo on two different occasions put unreasonable pressure upon a young researcher.

This can be seen in the University of Copenhagen’s official documents pertaining to Thybo’s dismissal. They are not publicly available, and the documents have therefore only been summarised in the press.

The Danish Association of Masters and PhDs Dansk Magisterforening has called the sacking unjustified and is leading a case against UCPH. Thybo’s lawyer Frederik Brock says to the University Post that the next step is a negotiation with the Ministry of Finance, ‘sometime in February’.

Hans Thybo still demands to be rehired. And he will uphold this demand if it comes to trial, says Brock.

Letters that the University Post has obtained show that Thybo unsuccessfully tried to get University of Copenhagen’s management to rein in the free speculation over his UCPH exit. The Danish Weekendavisen newspaper quotes, for example, an anonymous source from UCPH management saying that Thybo’s personal file with them weighs over two kilogrammes.

“I therefore propose that you and I prepare a joint statement to the public that these are the three justifications that UCPH has set for my dismissal.”

12th December 2016 Thybo writes to Rector Ralf Hemmingsen informing him that he intends to publish all the documents in the case, so UCPH will no longer be bound by confidentiality clauses preventing management from stating clearly why Thybo was fired.

Thybo continues after a brief review of the three firing justifications:

“I therefore propose that you and I prepare a joint statement to the public that these are the three justifications that UCPH has set for my dismissal.”

“This will solve UCPH’s problem, that they cannot comment on specific issues relating to my case, and it will allow the public to objectively assess the facts and arguments surrounding my dismissal.”

But Ralf Hemmingsen does not accept Thybo’s offer.

16th December 2016 and UCPH replies (via HR Vice President Lisbeth Møller) that “Rector is aware that there are ongoing negotiations between the Danish Association of Masters and PhDs lawyer Frederik Brock and UCPH to find an amicable solution to the matter, and that in this context we have agreed that we need time to work. UCPH will await the outcome of this.”

Hans Thybo follows up on 21st December to the University’s non-answer:

“Dear Ralf, Further to my request to you 12th December, the UCPH acknowledgment of receipt by the deputy director of HR Lisbeth Møller, and the fact that the University and DM are no longer negotiating a solution to my case, I hereby reiterate my call to you that we prepare a joint statement to the public on the three justifications which UCPH has stated for my dismissal.”

23rd December and Lisbeth Møller again replies on behalf of UCPH to Hans Thybo. Once again Thybo is rejected offhand.

“As an employer, we want to await the results of these negotiations before we can consider your proposal of a joint statement to the public.”

Lisbeth Møller confirms that Thybo has rejected a settlement proposal from UCPH (according to the University Post information an offer of a sum of money, but not reinstatement, which Thybo according to his lawyer demanded).

“We are a little puzzled by your statement that there is no longer a negotiation. Does this mean that you are no longer represented by DM? And that DM as your negotiating organization does not intend to demand the matter be negotiated between the parties – that is the Agency for Modernisation [finance ministry, ed.] and DM?”

“As an employer, we want to await the results of these negotiations before we can consider your proposal of a joint statement to the public.”

What is all the speculation about?

Hans Thybo is a recognized researcher. But according to University Post information, he has been unpopular with at least part of the staff at IGN. It has been well documented in the case files that the University Post has seen, that Thybo’s relationship with management at IGN has been bad in recent years.

“You cannot be fired as professor at UCPH because of trifles.”

In addition, a number of the permanent staff and the department’s union representatives (including the one from DM) decided that the case against Thybo was an opportunity to state their confidence in the management that fired him.

A lecturer from the same faculty as Thybo, Hans Ravn, has in an opinion piece in the University Post even accused Thybo of withholding important information about his own dismissal.

“You cannot be fired as professor at UCPH because of trifles,” Ravn says.

In the Weekendavisen newspaper from 13th January the journalist Poul Pilgaard Johnsen quoted an unnamed management source at UCPH saying that the University has a dossier on Thybo that weighs over two kilos, packed with kinds of justifications for getting rid of Thybo that the public has no knowledge of.

This information has according to the news site Forskerforum had Hans Thybo’s lawyer threaten .

The University Post has also heard talk of a full dossier on Hans Thybo – and we have sought and received access to an auditing report by the University that cost DKK 0.5m to prepare, based on the suspicion – which proved unfounded – that there were serious irregularities in Hans Thybo’s travel documents. This report is deemed to be part of the mentioned personnel dossier.

People connected to university management have also – in addition to the unconfirmed example from Weekendavisen – given the impression that there could be more to the case.

The head of department at IGN, Claus Beier, has in an opinion piece on Universitypost.dk, for example, written that the media describe the Hans Thybo case “in a highly simplified manner, far from the truth and the long and careful considerations, conversations and discussions with different levels of management and HR which occurred prior to a long, detailed and difficult process.”

The suggestion that there was more behind Thybo’s sacking than his use of a private Gmail account and his behavior towards his postdoc, was also hinted at by Rector Ralf Hemmingsen. Last year he wrote that he could not be fired from his job at UCPH for using Gmail – despite the fact that the University actually used this justification in the dismissal letter to Hans Thybo.

In a letter dated 13 January 2017 from Ralf Hemmingsen to Professor Frans Gregersen – one of the initiators of a petition in favour of Hans Thybo – Hemmingsen writes that “as you yourself will know, the specific points in the dismissal are part of a larger context.”

It now turns out that Hans Thybo before Christmas appealed to Ralf Hemmingsen and asked him to clear this up and explain to the public that there are no unknown justifications for his dismissal.

But this the University of Copenhagen has not done.

“We cannot, as a board, interfere in personnel matters.”

Nils Strandberg Pedersen, Chairman of the Board of the University of Copenhagen

The Thybo case was on the agenda when the Board of the University of Copenhagen met on 31st January.

An article on the University’s intranet writes that “the Board is pleased that the rector will now take the initiative for better planning and control of management communication in cases like this.”

The chairman of the Board expresses in the article his understanding for Rector and other members of the management team’s handling of the case.

“There is a law and a framework within which we are obliged to comply. And we have a special responsibility for our post doc’s and PhD’s doing a research career,” says Nils Strandberg Pedersen according to the article.

In an accompanying video, Nils Strandberg Pedersen says that the sacking of a professor is not fundamentally one of the Board’s tasks (even though two of the board members, Professor Willerslev and Associate Professor Anja C. Andersen just made it one).

“We cannot, as a Board, interfere in personnel matters,” he says.