Who are the staff at UCPH? Specialist consultant Caroline Volf 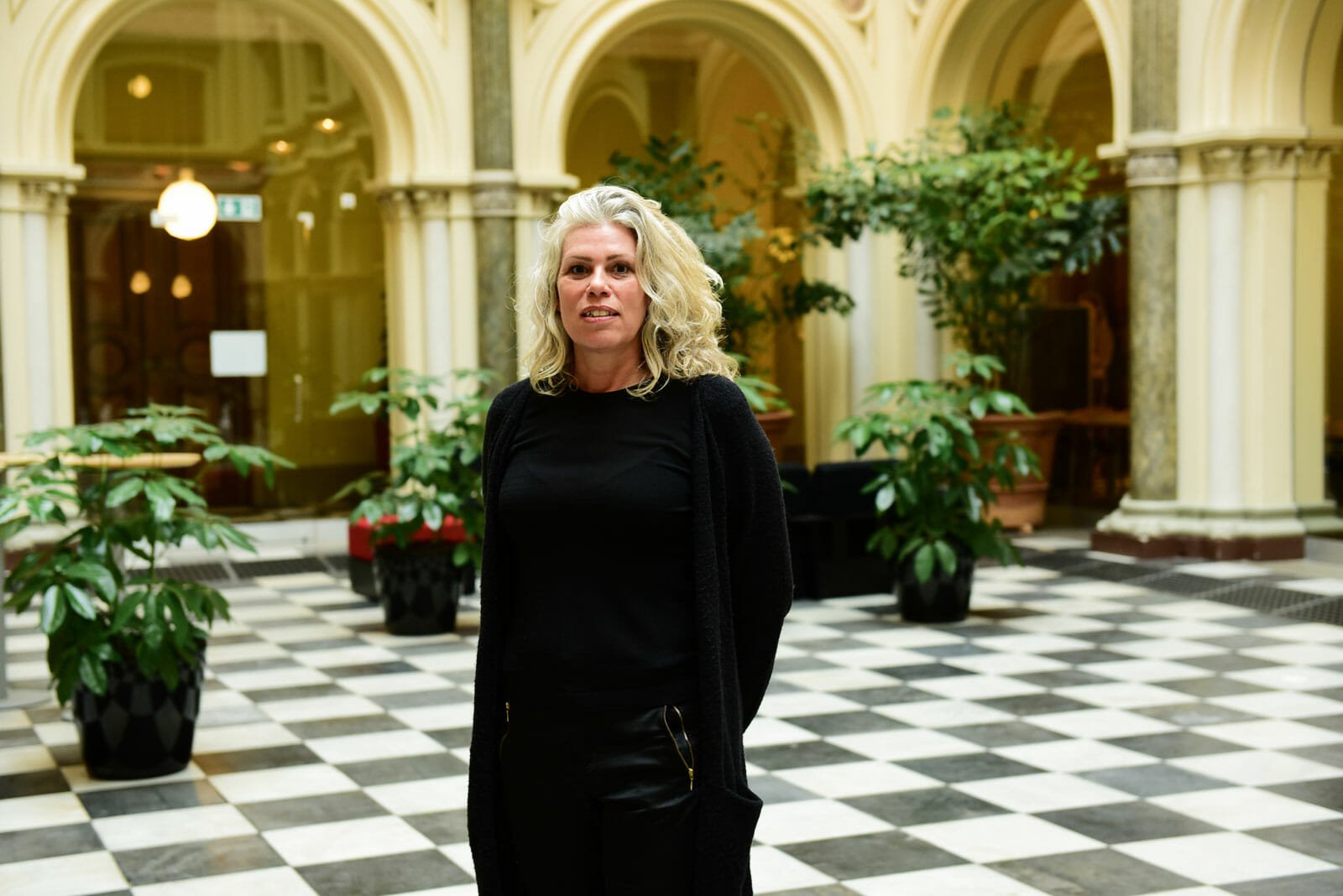 Caroline Volf is one of 379 specialist consultants employed at the University of Copenhagen.
image: Claus Baggersgaard

Who are the staff? — Caroline Volf is a strategic purchasing consultant for the purchase of laboratory equipment worth millions of kroner. Two years ago, as a reward for her efforts, recategorised from an administrative officer (fuldmægtig) to a specialist consultant (specialkonsulent) role. This portrait is part of the article series 'Who are the staff at UCPH?'

The specialist consultants group is the staff group that has grown the most at the University of Copenhagen over the past six years.

Caroline Volf, who was hired at UCPH three years ago, is one of them. She originally had the title of administrative officer, but applied for the promotion in rank herself.

She adds that this does not mean that it is not important for her to have a proper salary, and that she appreciates the approximately 2,000 extra monthly kroner that come with the title.

Caroline Volf graduated with a master’s in philosophy and thought that she would be a high school teacher. But she ended up in a private pharmaceutical company, where she had to make bids for public tenders.

She has continuously taken courses in project management and in public procurement law at a master’s level. She reckoned it would be exciting to move to the other side of the table as a contracting entity, so she applied for the UCPH job.

The purchase of laboratory equipment was an under-studied area at the university when she was hired. There was only one agreement on buying a certain type of freezer, she remembers. Well over DKK 100 million in laboratory equipment is purchased annually to the entire UCPH.

It is a big responsibility to negotiate DKK 40 million contracts, since complaints, if we make mistakes, can cost the university large sums.

“I have covered the area with agreements in co-operation with my colleague, with whom I have an excellent cooperation. It is a big responsibility to negotiate DKK 40 million contracts, since complaints, if we make mistakes, can cost the university large sums. We must constantly be updated on new rulings in the field and build up a good deal of knowledge on the products,” she says. Her tasks include implementing EU tenders, negotiating contracts, collecting bids and negotiating prices.

In addition, she has a lot of communication with the users in her position, and this has a high priority. According to Caroline Volf, the long-term goal is to establish UCPH as a single organization on the market. Today there are many suppliers who have set up the various departments at UCPH as independent customers with specific discounts, so the same laboratory gloves can cost DKK 90 at one department and DKK 30 at another.

“I can easily understand that they are furious at one department where they have had a really good rebate deal that they no longer can use. But overall it is a saving for UCPH that we purchase in bulk and on equal terms. This is what we work for in the Procurement Section by setting up larger framework agreements,” she says.