Who are the staff at UCPH? Glass washer Aase Sander 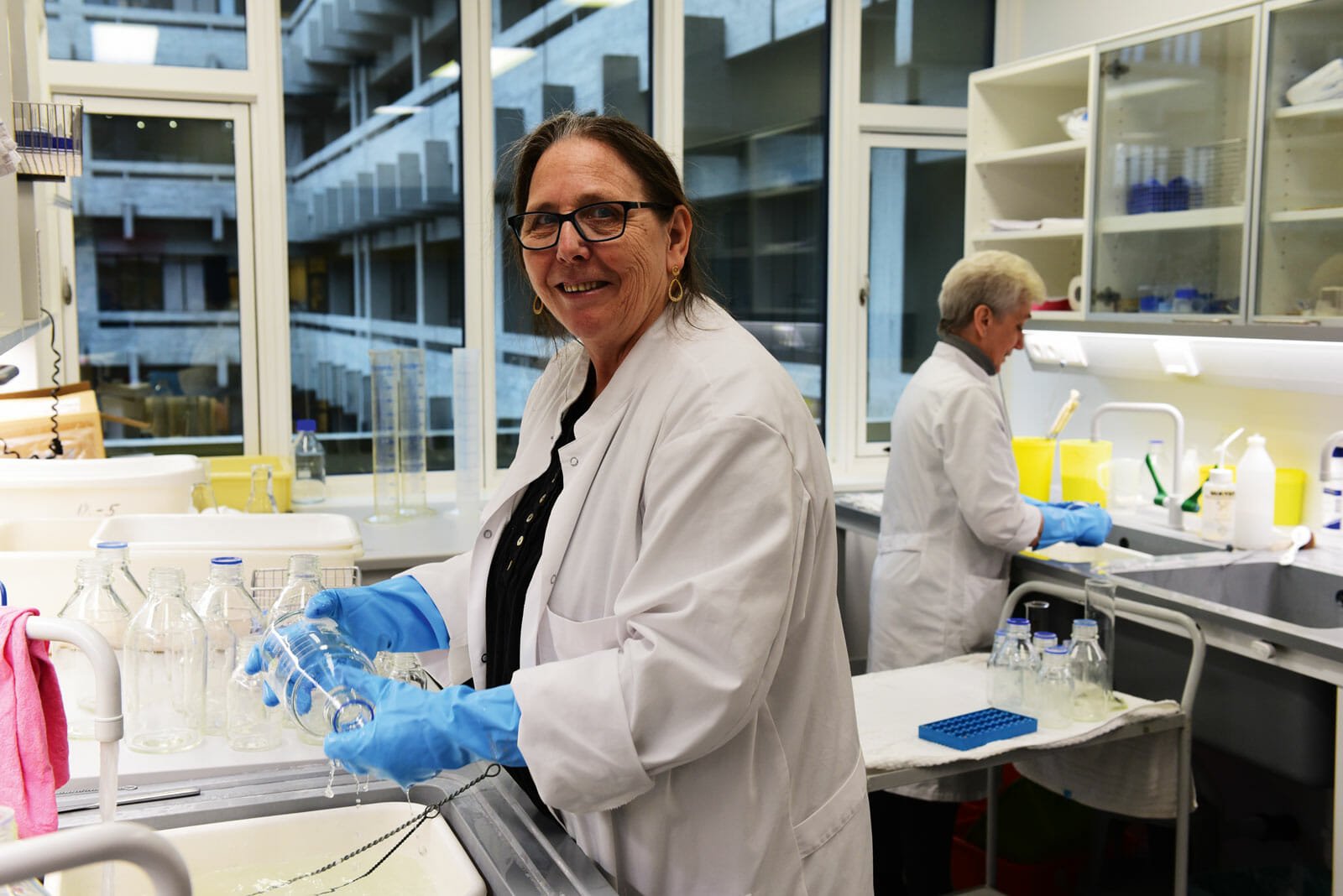 Aase Sander is one of seven glass washers employed at the University of Copenhagen.
image: Claus Baggersgaard

Who are we? — Aase Sander has been a glass washer at the Department of Biomedical Sciences for eight years. The salary is one of the lowest at the university, but she is happy with her job nevertheless. This portrait is part of the article series 'Who are the staff at UCPH?'

Aase Sander has a job where she is doing well if no one discovers that she is there. She is a glass washer at the Faculty of Health and Medical Sciences, and as long as there are clean flasks, measuring cups, buckets and bottles in the laboratory cupboards, the scientists are satisfied.

“I’m they type that likes having specific areas that I have to take care of, and I feel good as long as I take care of my duties,” says Aase Sander as she empties a glass bottle that has been through a bottle cleaner.

At this department there are two of them collecting the glasses from the laboratories. In 2012 there were nine of them at UCPH, today there are seven of them, and they are among the lowest salaried, unskilled groups at UCPH.

It adds up to about 100 glasses a day, which are first hand washed, then scalded and dried in large machines. Before the glass washers go home, they put the clean glass back in the cabinets in the different sections, so they are ready for the next day. Other tasks include sending the lab coats for cleaning.

Aase Sander says that the best thing about the job is that no one interferes:

“I like my job, because we are allowed to take care of ourselves, and because we are needed. We have a good relationship with the researchers, but they would complain if glasses were missing,” she says.

She is not satisfied with the salary:

“I would like more, but I don’t believe this will happen. There are not great opportunities for continuing education, and it is difficult to get more in salary at the annual wage negotiations . I can’t really say anything else except that the users are happy with my work, says Sander, adding:

“I actually got a raise and a one-off payment a few years ago, but as unskilled labour we are a low salary group.”

This portrait is the first in the article series ‘Who are we at UCPH?’ which draws a picture of developments in the staff mix at Denmark’s largest university.