Thomas Bjørnholm leaves the University of Copenhagen after 32 years 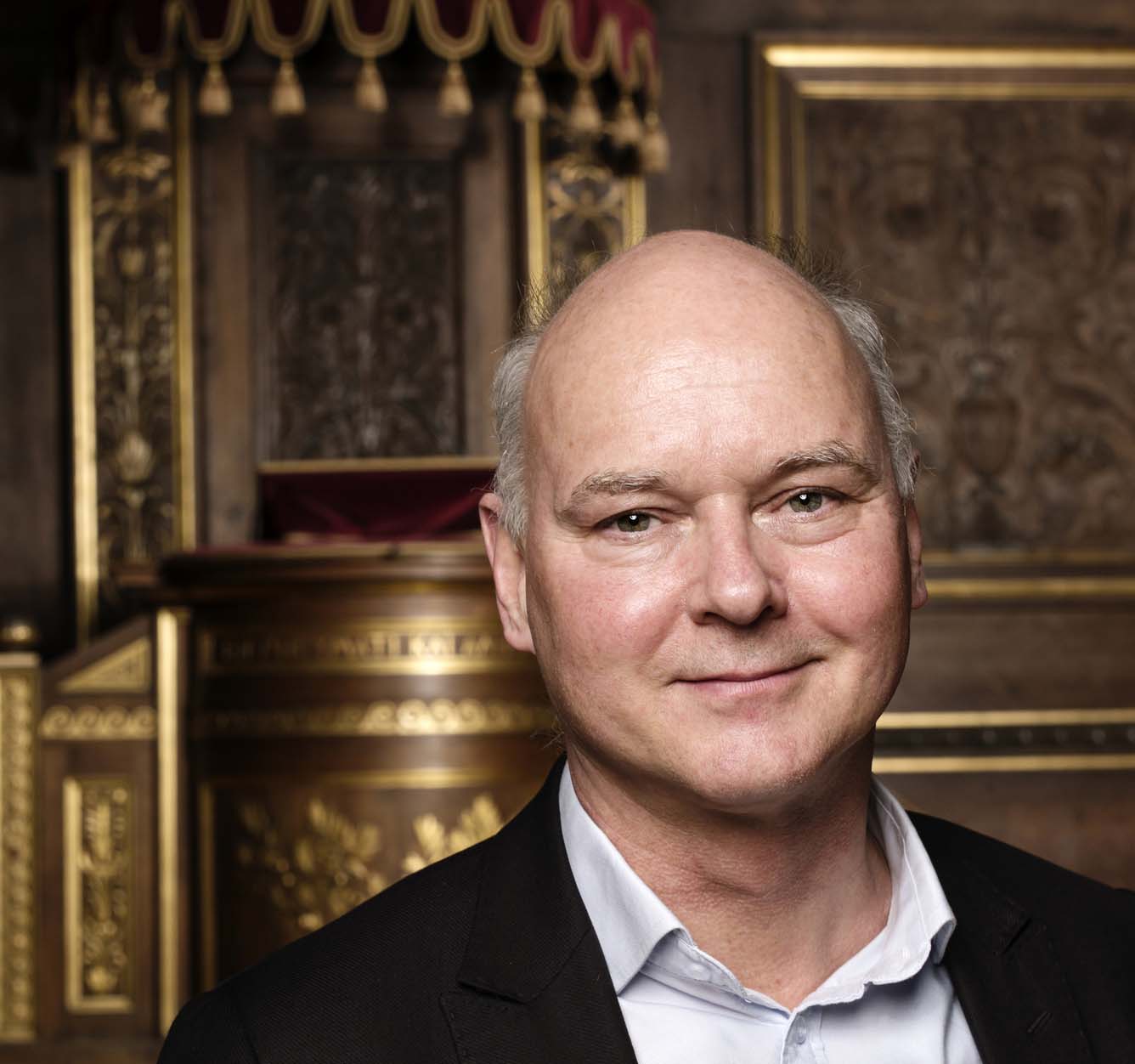 Prorector at UCPH Thomas Bjørnholm photographed here at the UCPH Ceremonial Hall. He started his studies of physics and chemistry at the University of Copenhagen in 1979.
image: KU Kommunikation

Became himself at UCPH — University of Copenhagen’s prorector Thomas Bjørnholm is to leave his workplace of 32 years. From now on he will lead the work in allocating the Villum Fonden’s research grants

Thomas Bjørnholm, Prorector for Research and Innovation at the University of Copenhagen (UCPH), takes over the position as research director for the on 1st March. At the same time he leaves UCPH. He will still, nevertheless, continue doing what he sees as his life’s vocation, he says to the University Post:

Thomas Bjørnholm’s prorector contract with UCPH expires on September this year, after almost eight years. He counts himself lucky to have the chance to become research director at the Villum Fonden, where he will head the foundation’s annual allocations of DKK 500 million to technical and scientific research.

1990: PhD in materials chemistry from the University of Copenhagen (UCPH)

1992: Associate professor at the Department of Chemistry, UCPH

2001: Director of the Nano-Science Center, UCPH

“It’s fantastic that I can now do something for excellent research and research grants throughout Denmark at the Villum Fonden. I see it as a new chapter for the same story,” says Thomas Bjørnholm, who apart from being prorector at the University of Copenhagen since 2010, has been an associate professor since the 90’s, and a center director and professor since the 00’s.

“It as if I became who I am at the University of Copenhagen, but research, in its own right, is my main concern – no matter where this takes place,” he says about his many years at university.

Thomas Bjørnholm has been on the UCPH payroll for 32 years, only interrupted by a few sojourns abroad since he became a MSc at UCPH in 1986. He started studying chemistry and physics at UCPH right back in 1979.

What would you like to be remembered for as Prorector at the University of Copenhagen?

“I love the fact that the research is really in good shape and that the ambition of our research has spread out so that today, for example, all faculties can get . As a prorector, I have also quietly, let innovation become part of the DNA of UCPH,” says Thomas Bjørnholm.

As for more specific initiatives, Thomas Bjørnholm points to the set-up of the as the most important innovation.

“I believe that we at UCPH should focus on assistant professors, associate professors and professors, and this is also highlighted in the new university strategy, because it is they who stand for the university’s identity in research and education and it is they who raise the money for research. In this regard, the tenure track scheme is an important instrument,” says Thomas Bjørnholm.

UCPH has previously been criticized for the fact that, despite the tenure track system, the university has had a significant increase in the number of temporary positions. This criticism Bjørnholm responded to back in 2015, saying that the university is close to having “the staff composition of other international top universities“.

Finally, Bjørnholm mentions that a Chinese gene-sequencing institute has come to UCPH; that Microsoft entered into a major contract with UCPH, that student entrepreneurship has been put on the agenda, and that UCPH has been working with DTU, CBS and the Capital Region of Denmark on the Greater Copenhagen collaboration.

Excellent research can be seen in publication rates

What is it that you mean specifically when you say excellent research?

»If you look at the university rankings which UCPH is being measured on, and how much UCPH researchers publish in the best 10 per cent of scientific journals in the world, we are among the 30 or 40 of the best and we have improved this from being among the 50-60 best,” says Thomas Bjørnholm and continues:

“This 20-spot improvement, that is consistent across several of the rankings which the university is a part of, is an exceptional improvement, because you must remember that all the other universities also strive to improve their placing«

Rankings and the publishing of articles in leading journals are not the only derivative effect of excellent research at the University of Copenhagen, according to Bjørnholm. The same can be said of the university’s ability to compete for external funding.

“In the competition for getting  , UCPH is placed as number five among all the universities in Europe, surpassed only by four very well-known English universities, and I consider that a fantastic result,” says Thomas Bjørnholm.

A farewell reception will be held for Thomas Bjørnholm at the UCPH Ceremonial Hall on Frue Plads on Monday, 26th February at 14:30.