Frederikke Gjerløff Werther: Frit Forum rejects a culture of victimhood at the university 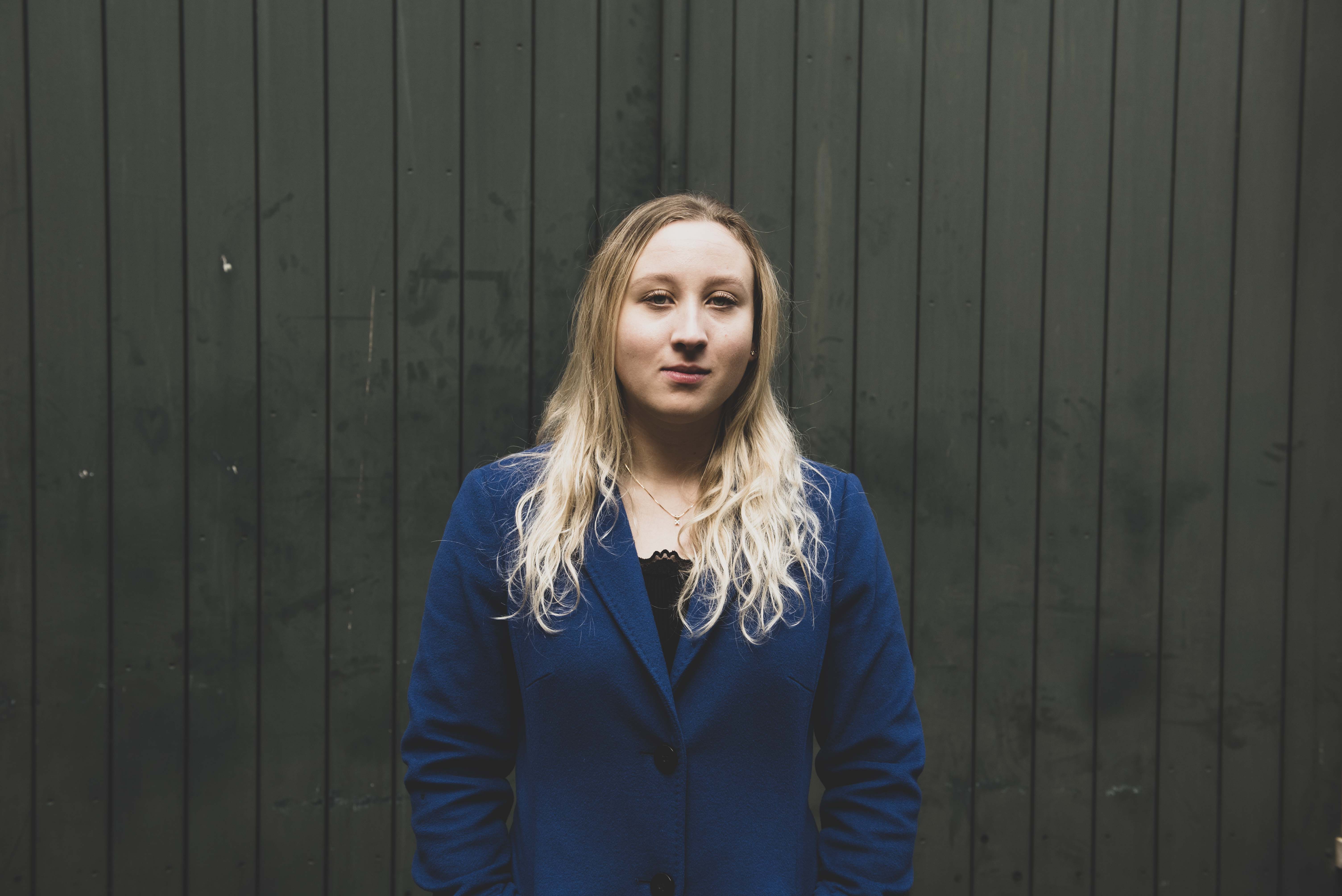 Candidate for the board — Top candidate for Frit Forum Frederikke Gjerløff Werther wants the board to ensure that »the culture of victimhood doesn’t run wild.«

For the first time, this year students will vote for student candidates for two seats on the university’s board, the most powerful authority at the University of Copenhagen.

The past two years, the departing student representative on the board, Rebecca Ingemann Madsen, has had influence on how the university spends its funds. But the Faculty of Law will continue to have influence on the board’s decisions, if the candidate from Frit Forum is voted in. And Frederikke Gjerløff Werther, student of law and chairwoman of Frit Forum, is well-acquainted with Karnov’s principles.

Werther has one crystal clear key issue: »We reject the culture of victimhood that has developed at the University of Copenhagen.« According to her and Frit Forum, so-called victimhood-cases are in danger of inhibiting the freedom of speech and research:

»At the university, we have become overly afraid of offending each other. We don’t want that tendency to spread any further, and we certainly don’t want it to have a negative effect on the freedom of speech and research. That is one of my key issues.«

In that regard, she aligns herself with the candidates from Konservative Studerende [Conservative Students, ed.] The two student associations have formed an electoral alliance.

According to Werther freedom of speech and research is threatened, when educators are so worried about offending students that they stop teaching certain things. Similarly, tutors should be allowed to host the theme parties they want to without having to worry about »one person feeling offended,« she says.

Werther also wants to ensure that the material on a given syllabus is not redacted, because students »feel offended by one aspect of it or another,« and she does not feel that department heads are responsible for educating staff in how to communicate with students as was recently the case at the Department of Arts and Cultural Studies.

Should she win a seat on the board, it is her primary objective to ensure that »the culture of victimhood doesn’t run wild« and at the same time be a voice for all the students who disagree with the Student Council and the administration’s policy on the matter.

Our core values are social democratic. But compared to the Student Council’s policies we are probably more to the right side of the ideological spectrum.

»The previous guidelines stated that if a person feels offended then that person has in fact been violated. I want to make sure that an educator or a potential offender’s rights are secure.«

According to Werther, she is not opposed to the guidelines in and of themselves. It’s important that students and staff-members have means of recourse if their rights are in fact violated. »The problem is that it’s running wild, and that’s been a general tendency of late,« she says.

»You can’t just complain to the administration if you feel a little offended. This practice has to be reserved for real and serious violations.«

No one person can represent all students at the same time

According to Werther, Frit Forum supports student democracy by providing representation. Social democrat students should also be able to feel mirrored in their representatives, she says.

It’s always hard to engages students on student politics. It’s not a particularly sexy subject, and a lot of people aren’t interested.

»As opposed to the Student Council, we don’t believe that you can represent every student at the same time. The student body is diverse, and students have different opinions on issues.«

On that point, she agrees with Frit Forum’s electoral allies in Konservative Studerende. However, the two organizations differ ideologically, says Werther:

»We are still a left-leaning organization even though some believe we have moved to the other side of the spectrum. Our core values are social democratic. But compared to the Student Council’s policies we are probably more to the right side of the ideological spectrum.«

The Student Council’s Humanities branch has been blockading the dean’s office for the past four weeks, and Frit Forum has rejected the activist political line and has instead encouraged students to »listen instead of making a fuss«. That triggered a response from a representative of the Humanities Council who criticized Frit Forum for trying to »silence fellow students«.

But Werther does not believe that Frit Forum is acting in a disloyal manner. They are just expressing an opposing opinion, she says:

»I feel a little hurt that they call us disloyal and strike-breakers. This is a matter of a difference of opinion, and I don’t agree with how the Humanities Council is handling the situation. Part of a democracy is allowing people to have different opinions.«

I feel a little hurt that they call us disloyal and strike-breakers. This is a matter of a difference of opinion.

Frit Forum would much rather see a constructive dialogue about the consolidation of degree programmes at the Faculty of Humanities, says Werther:

»There is of course a time and a place for demonstrating loudly and making yourself heard, but it is also important to accommodate others. The decision wasn’t made solely by the dean of the department, so their ultimate demands aren’t very well thought out.«

Frit Forum has spoken out in the past against the Social Democrat government—which boasts several politicians who have previously served as chairmen of the association (including Nicolai Wammen and Dan Jørgensen)—when the government so far has refused to extend the so-called “taxameterløft” (an additional funding-package for humanities and social sciences passed in 2010). Werther still hopes that the government will due so, otherwise Frit Forum may very well organize a protest of their own.

»If they don’t do so, we are planning to criticize the government. As students and as a student organization we find it unacceptable. However, we are confident that the government will do the right thing.«

Wants to combat loneliness and stress

Another important issue in Werther’s campaign is tackling feelings of loneliness and stress among students, a problem that is widespread at her own faculty. According to a recent study environment survey at the University of Copenhagen, students at the Faculty of Law score higher than any other segment of the student population—a wopping 28 percent—when asked if they struggle with feelings of loneliness.

As a member of the study environment board at the Faculty of Law and team coordinator at the newly opened university non-profit Pusterummet, Werther is well-acquainted with the statistic. Unfortunately, very few students are willing to talk about their feelings, she explains. If elected to the board, Werther will be bringing her experiences from dealing with the issue to the table. Students all across the university are affected, she says, and the first step is to create an open dialogue about the problem.

»We need to create forums, where we can discuss the difficult issues. In my experience, people tend to open up when you create the basis for a healthy dialogue.«

As the election campaign kicks into gear, it is Frit Forum’s hope that they can boost the voter turnout. It requires a willingness to engage with students face-to-face, says Werther. But it’s »an uphill struggle«:

»It’s always hard to engages students on student politics. It’s not a particularly sexy subject, and a lot of people aren’t interested.«

Get our weekly newsletter