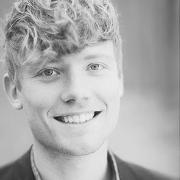 Forelæsning — Lunch talk on "States of Emergence" by Peter Marcus Kristensen from the Dept. of Political Science. Peter has just been appointed associate professor under the Asian Dynamics Initiative and we are pleased to welcome him aboard.

Hosted by:
ADI, ThinkChina.dk and NIAS

Join us for a talk over lunch by Peter Marcus Kristensen from the Dept. of Political Science. Peter has just been appointed associate professor under the Asian Dynamics Initiative and we are pleased to welcome him aboard.

This paper starts from the puzzle that while ‘emerging’ or ‘rising’ powers like China, India and Brazil receive growing attention as objects for International Relations (IR) scholarship, scholars from these countries are rarely present as subjects in IR discourse. By recasting the question of ‘power transitions’ as one of ‘power/knowledge transitions’, the paper interrogates ongoing attempts to construct ‘indigenous’ or autochtonous perspectives on international relations and global order in countries known as ’emerging powers’. Based on interviews with more than 100 scholars in China, India and Brazil, it finds that a growing number of scholars in all three countries increasingly advocate the development of indigenous perspectives on international relations in general, and on the question of power transitions and emerging powers in particular. However, it is important to emphasize that these debates take different shapes in each country. This paper particularly explores how their different ‘states of emergence’ and ‘worldings’ affect the emerging discourse on IR. ‘State of emergence’ is used here to refer to how ‘risingness’ is conceived in the IR discourse of emerging powers (e.g. as reemergence to its rightful place or insertion from periphery into core) as well as how these rising imaginaries speak back to ‘Western’ IR discourse (e.g. ‘Peaceful rise’ as a response to ‘China threat’ theories). ‘Worldings’ is used to zoom out to the broader geo-epistemic worldviews (e.g. how the world politics is construed in terms of North vs. South, West vs. Non-West, developed vs. developing, established vs. rising and so on) and how they are used to construct difference along cultural, economic or political lines.

Feel free to bring your own lunch. There will be coffee/tea.