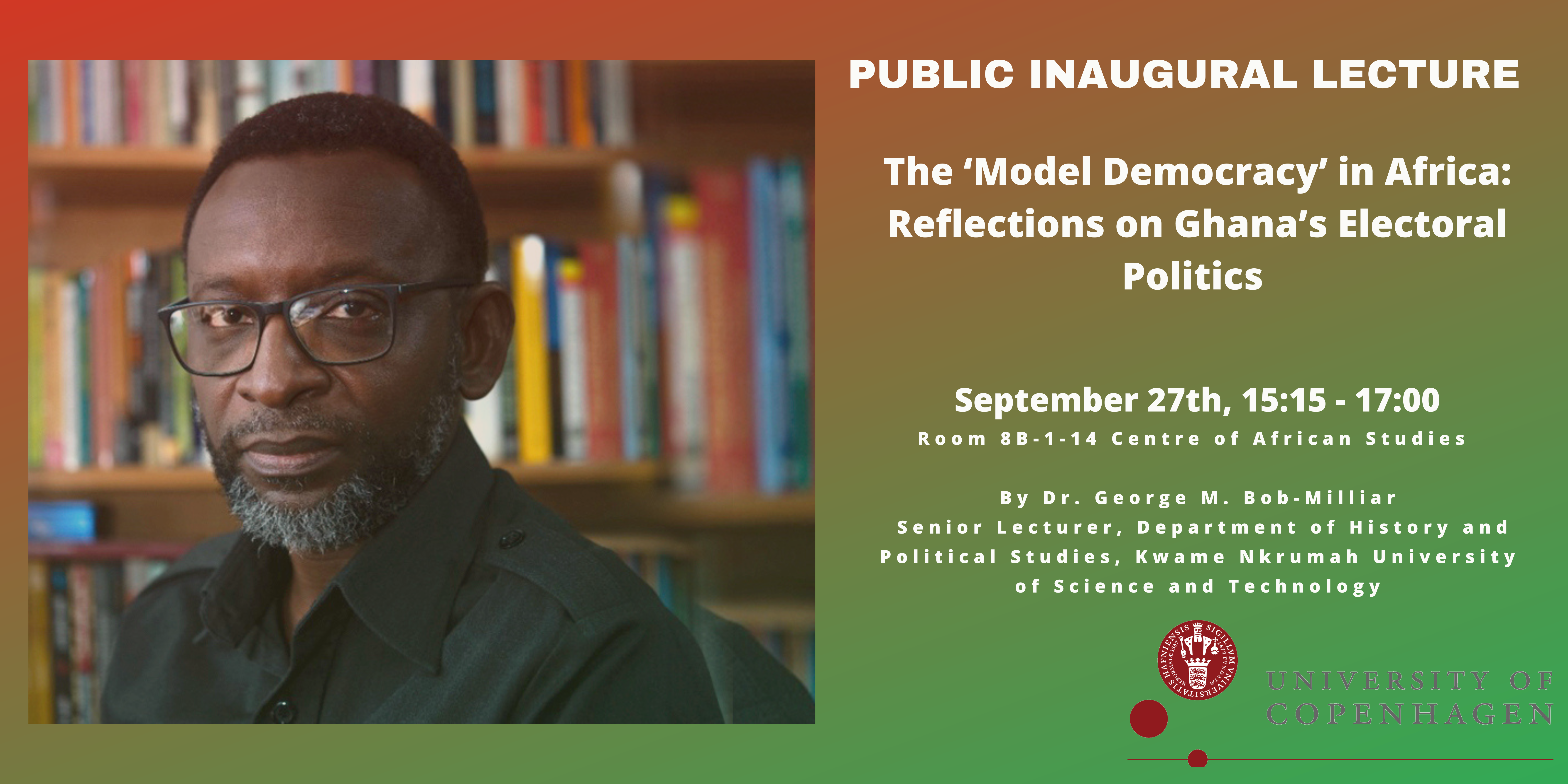 Hosted by:
The Centre of African Studies, Copenhagen University

Since its founding as a modern state, the political elites have searched for an ideal political system to govern Ghana. The country has experimented with several political systems. After nearly a decade of experimentation, Ghana decided to reintroduce multiparty politics in the early 1990s. The Fourth Republic dispensation was inaugurated on 7 January 1993. Since then, the country has experienced stable democratic governance and economic growth. The three decades of continuous civilian rule have seen the institutionalization and building of solid political organizations and strengthening of governance institutions. Ghana is increasingly referred to as the “model democracy” in Africa. My research experience has been part of Ghana’s democratic journey. My research has analyzed elections and aspects of political behaviour in the two main political parties – the National Democratic Congress (NDC) and the New Patriotic Party (NPP). In this lecture, l will reflect on three decades of Ghana’s electoral politics. I will argue that the ‘model democracy’ tag is problematic. Essentially, Ghana qualifies as a minimalist democratic state. The country is yet to build independent institutions and operationalize the concept of service in the public sphere.