Corrie Lynne Madsen, IGN, defends her thesis at the Section for Forest, Nature and Biomass 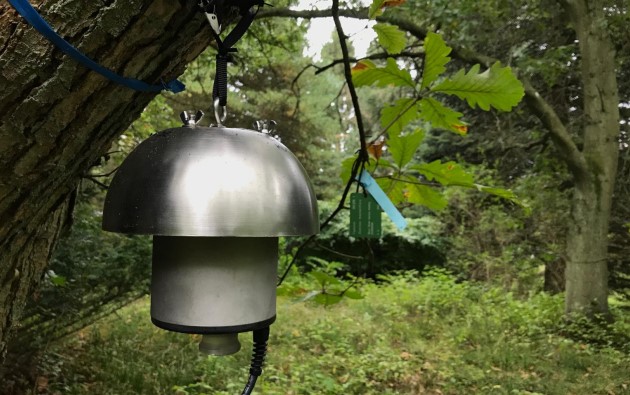 Hosted by:
Section for Forest, Nature and Biomass

Abstract (shortened):
Forests are of great importance providing habitat for 80 % of all terrestrial organisms and ensuring important ecosystem functions such as carbon fixation, nutrient cycling and water and air purification. The increase in international trade and travel has resulted in the movement of species to new areas, which in some cases has led to an unintended introduction of invasive species. Trade of live plants and associated goods has been identified as the main pathway of forest pests and pathogens. The introduction of non-native fungi to new areas with tree species closely-related to their native hosts, but with whom they share no co-evolution, has resulted in the death of millions of trees.
The aim of this PhD thesis is to: 1) follow the development and effect of the novel pathogen H. fraxineus in Denmark and examine the effect of Honey fungus and 2) detect and identify fungal pathogens that may represent a risk to Danish forests using traditional visual observations and advanced DNA techniques. This thesis consist of four manuscripts which represent investigations of present and future fungal pathogens as well as their introduction, detection and identification.
The results are in some cases uplifting with: 1. the identification of ash trees unharmed by the presence of both Ash dieback and Honey fungus, 2. No novel pathogens detected in Danish nurseries and only few pathogens detected in plant species in which they cause disease and 3. No novel pathogens detected using spore traps as an early warning system.
Our results however also show the necessity for more research in order to protect Danish forests. An increasing amount of research is being performed on Phytophthora in nurseries and natural environments due to growing concerns that Phytophthora may represent the next threat to forests, and additional screenings are necessary with a targeted focus on the Phytophthora community in Denmark. Our research also represents the beginning of sentinel research in Denmark. The identification of large numbers of plant pathogenic OTUs in particular in North American oak trees suggests further research into this genus. The potential identification of
native pathogens causing disease in closely related non-native tree species is the core of sentinel arboreta research and this thesis represents the first steps of such research in Denmark.

A digital version of the PhD thesis can be obtained from the PhD secretary Anne Marie Faldt at anmf@ign.ku.dk