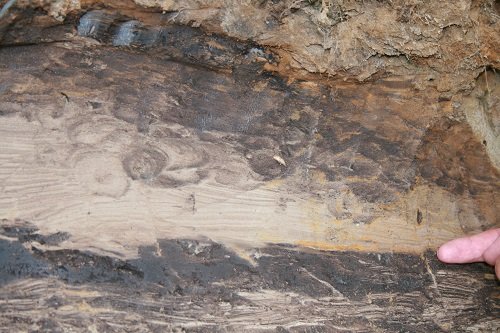 Sedimentology and sequence stratigraphy of the uppermost upper Oligocene – Miocene fluvio-deltaic system in the eastern North Sea Basin: the influence of tectonism, eustacy and climate

Abstract:
The latest late Oligocene – Miocene time was a period with distinct change in the depositional environment in the eastern North Sea Basin. During the late Oligocene a marine, sediment-starved basin prevailed; this was characterised by deposition of hemipelagic, fine-grained sediments and formation of glaucony. In the Miocene a distinct change took place and delta systems prograded into the basin from the N-NE. Three periods of delta progradation took place. The lower two delta systems were characterised by having relatively steep delta fronts, while the third was characterised by a progradational to aggradational coastal plain system. The fluvial system was in the initial phase dominated by braided river systems, but changed over time to be dominated by meandering rivers. During the middle Miocene a marked withdrawal of the shoreline towards the NE resulted in resumed fully marine conditions in the eastern North Sea Basin. In the latest middle Miocene, the establishment of a sediment-starved environment permitted resumed formation of glaucony-rich clay. At the end of the Miocene, distinct progradation resulted in displacement of the shoreline into the central part of the North Sea Basin.
This overall pattern of changing depositional setting from distal marine sediment starved to nearshore depositional settings was controlled by tectonism and thus periodically minimized the role of eustatic sea-level changes. However, once a major displacement of the coastline had commenced, glacio-eustatic sea-level changes had a significant control on the progradational–retrogradational pattern of the coastline. The succession therefore tends to be arranged in a predictable manner during tectonic quiescence.
In the studied succession the tectonically controlled sequences are characterised by a distinct change in lithology, which can be traced for 100th of km. The partitioning of lithology was strongly controlled by topography formed in the basin during active tectonism. Deposition of fluvial sediments tends to be dominated by braided rivers. Tectonism also resulted in the formation of accommodation space favourable for deposition of thick prograding deltaic successions. A marked change towards clay-rich deposits, especially with intensive formation of glaucony, was formed due to an increased subsidence of the basin and thus ruled out the eustatic signal.
During tectonic quiescence, eustatic sea level controlled sequences are characterised by a thin transgressive systems tract and relatively thick highstand, falling stage and lowstand systems tracts. The most clean and coherent sand successions are found in the falling stage systems tract. The highstand and lowstand systems tracts are dominated by alternating sand and mud-rich successions. Extensive and coarser-grained sand bodies are, however, best developed associated within the lowstand systems tract due to the predominance of coarse-grained sediments conveyed through incised valleys (point source).
Sedimentary processes, e.g. auto cyclicity and marine processes, also influence the partitioning of lithology. Clean and coarser-grained sand is for example deposited on the slope of the delta platform in the downdrift portion of deltas. Thick sheet sand and gravel is also deposited in incised valleys due to auto cyclic processes.

Please contact the author by e-mail: esr@geus.dk to obtain a copy of the dissertation