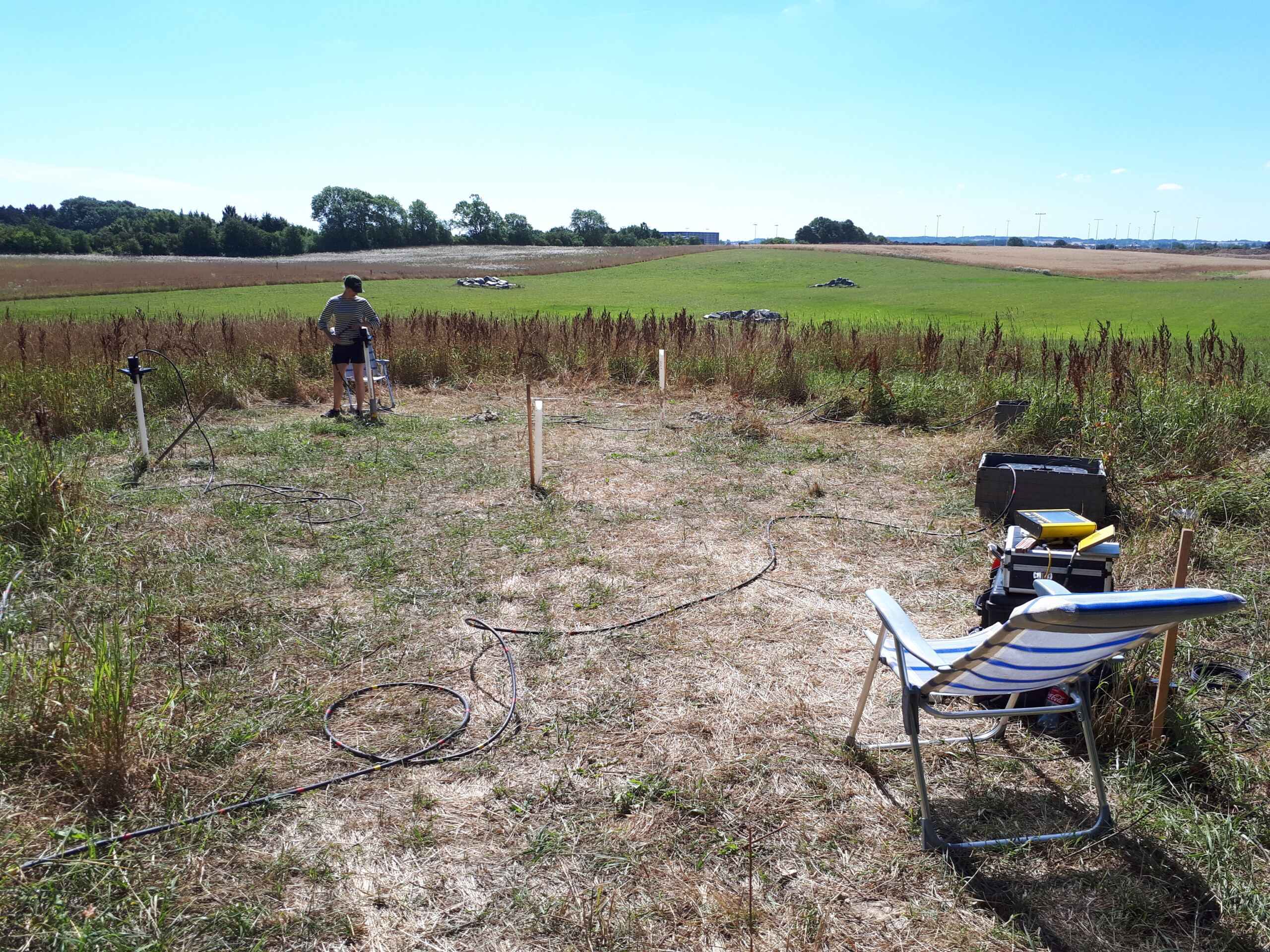 Summary:
Geological deposits originating from the last ice ages are common on the Northern Hemisphere, and cover approximately 40% of Denmark’s surface. The deposits are usually heterogeneous due to the dynamic nature of glacier advance and retreat. Knowledge about the sand and clay distribution of these deposits is important to solve a wide range of problems regarding construction, groundwater protection, and cleaning of polluted sites.
Borehole drilling can provide information on the millimeter- to meter-scale, but only in or close to the borehole. At highly heterogeneous locations, boreholes spaced a few meters apart might not be enough to understand the three-dimensional geological variation.
Crosshole ground-penetrating radar (GPR) uses electromagnetic waves to investigate the subsurface between boreholes, but has mainly been used in sandy environments. In this study, we investigate whether crosshole GPR can be used in clay-rich glacial materials, by conducting a crosshole GPR study at a field site outside Holbæk, Zealand, Denmark. We compare the velocity, strength, and shape of the recorded GPR signals, with geological information from the boreholes and an excavation of the field site carried out after the GPR survey. Extensive numerical modelling was then used to investigate the physics behind the observations from the field site.
From the modelling and the field data, we find that GPR signals travelling through wetter and more clayey materials are weaker and more distorted in shape, than those travelling through drier and sandier materials. Furthermore, we see that measurements of signal strength and shape are more sensitive to changes in the subsurface geology, than measurements of signal velocity are. The signal velocity primarily responds to changes in water content. Overall, we conclude that crosshole GPR can be used as a minimally invasive method to investigate the geology between boreholes.