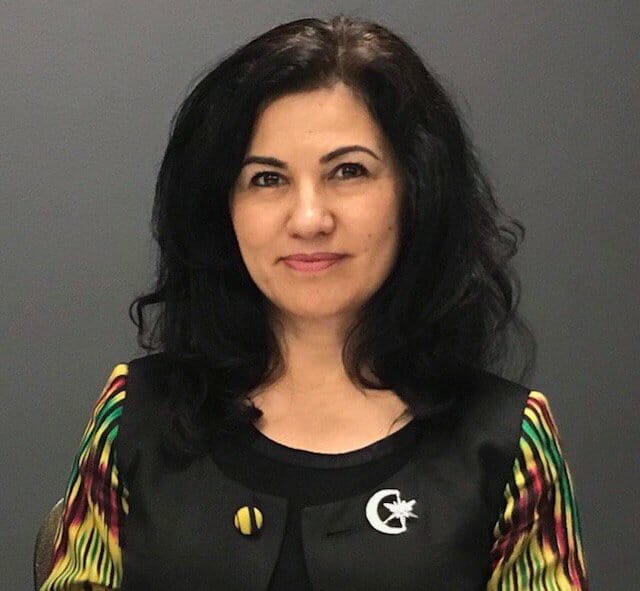 Hosted by:
ToRS and ADI

Interview with Uyghur consultant, translator and human rights activist Rushan Abbas
Rushan Abbas is an Uyghur human rights activist based in the USA. Rushan is outspoken on the Chinese governments violations of minority rights and human rights abuses. She started her political activities already as a student in China in the late 1980 in the movement that led to the Tiananmen student protests in 1989 and has paid a high personal price for her activism; both in terms of exile and of family members being detained. Having worked as a translator for Uyghur detainees in Guantanamo and other US federal agencies, she now points to the detention of possibly over a million people in camps in northern China. Rushan has been involved with Uyghur diaspora politics for decades and in 2017 formed the NGO Campaign for Uyghurs. Her current tour around the world is supported by the US government.

Rushan Abbas will be interviewed publicly by anthropologist and Uyghur specialist at University of Copenhagen Rune Steenberg. The interview will critically explore the current situation in homeland of Xinjiang/East Turkestan, Chinese minority policies and rights abuses. It will also delve into Rushan’s life story and her activist work: her experiences in her homeland, her exile to the US and her involvement with different agencies of the US administration. A special focus will be on the mass incarceration of Uyghurs in China, nationalism, securitisation and surveillance under Xi Jinping and the ways this has been reported on and dealt with by different actors on the global political scene.