Hanne Marie Ellegård Larsen, IGN, defends her thesis at the section of Forest, Nature and Biomass 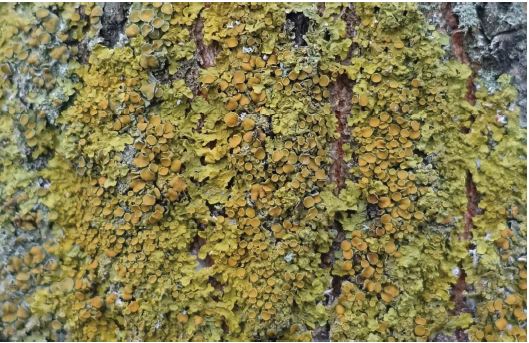 Summary:
The tree bark constitutes a habitat for corticolous lichens. Their diversity and distribution among tree species depend on factors related to climatic conditions and tree species including specific bark features. Analyses of the lichen diversity, their distribution and influencing bark features are often based on records and measurements from the accessible lowermost two meters of the tree stem. However, a height perspective lacks in such analyses because corticolous lichens colonize the bark surface at all parts of the tree and aging of the bark from the treetop towards the stem base causes gradual changes in the bark features along the tree stem. Factors affecting lichen diversity and distribution are generally identified by use of correlative inferences where colonization and placement of a lichen species are explained by its surroundings. However, the factors can be difficult to separate. It is thus of interest to develop experimental approaches to test the influence of selected distribution factors on lichen colonization, in particular the direct effect of the bark substrate on spore germination and initial mycelium growth. This thesis aimed to use height as a variable to uncover the diversity and vertical distribution of corticolous lichen species in a common garden plantation and to examine height changes in the bark water storage capacity; a bark feature expected to affect the lichen distribution patterns. Additionally, the thesis aimed to use an experimental approach to identify specific germination requirements of spore groups from Xanthoria parietina (L.) Th. Fr. on agar media containing natural derived bark extracts. Height was found to be a crucial variable. Selected lichen species showed significant differences in their vertical distribution range and some lichen species were only recorded at the upper part of the tree stem. Lichen diversity and species richness differed significantly among tree species despite the relatively young age of the forest plantation. The bark water storage capacity changed with sample height and bark thickness in some tree species. Furthermore, bark thickness was found to decrease towards the treetop within most tree species. Generally, bark extracts seemed to have an inhibitive effect on germination of isolated spore groups from X. parietina and germination only occurred on media with bark extracts above a threshold value of pH 5.1 and a low content of phenols and glucose equivalents. Germination always occurred on the same bark extracts and was best described as an all-or-none response.