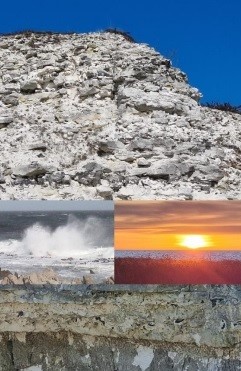 Cadmium isotopes as tracer for bioproductivity in the marine realm

Summary:
Cadmium (Cd) serves as a micronutrient and its vertical distribution in oceans is thus with nutrient-like property. Nutrients in seawater are biologically taken up by phytoplankton in the photic zone. Cd uptake is accompanied by an isotopic fractionation and deep-water re-mineralization of the sinking organic matter is another process, which impact Cd isotope signature of seawater. Phytoplankton preferentially uptakes the lighter Cd isotopes, which leaves the surface waters enriched in the heavier Cd isotopes. Therefore, Cd isotope values (the ratios between 114Cd isotopes and the 110Cd isotopes of a sample against the same ratios of a reference material, which is referred to as δ 114Cd), in modern seawaters and in suitable moderns and ancient sediments, is a useful tracer for constraining levels of bioproductivity and nutrient cycling. Bioproductivity is directly linked to surface seawater oxygenation, and therefore cadmium and chromium (Cr) isotopes have the potential to record bioproductivity and oxygen level fluctuations in chemical sediments, such as recorded in modern and ancient carbonates. For Cr isotopes, the values are given in δ 53Cr, which refers to the ratios between the 53Cr isotopes and the 52Cr isotopes against the same ratios of a reference material.
The objectives of this thesis are to investigate the Cd and Cr isotope inventory in a modern and two ancient marine carbonate sequences to test the suitability of carbonates as archives preserving information regarding bioproductivity and ocean redox, and so to record potential climate change on land that ultimately control these parameters. It is essential to test modern carbonates for Cd isotopes to apply the methods to ancient carbonates. Cd isotope compositions are expected to be positively fractionated in environments with enhanced bioproductivity and in oxygenated surface seawaters, which is revealed by positively fractionated Cr isotopes. Results in this thesis comprise 167 Cd isotope analyses from marine carbonate leachates of three sections (i.e., from an Ediacaran—Cambrian transition; from a Cretaceous—Paleogene transition; and from a modern carbonate platform). Cd isotopes are evaluated in combination with chromium (Cr) isotopes from the same samples, in an attempt to link information about bioproductivity levels with oxygen levels in surface waters in which photosynthetic organism today, and long way into Earth’s past, thrive(ed). The Cadmium isotopes as tracer for bioproductivity in the marine realm composition of the ambient seawater, from which the carbonates are precipitating, is, among others, addressed via the inventory of rare earth elements and yttrium (REY), which is set in relation to signals from modern surface waters. Diagenesis and its potential effect on Cd isotopes of the carbonates are monitored using Mn/Sr ratios, and influence on Cd isotopes from co-sedimented detrital (mainly siliciclastics) components are estimated from respective [Al] and [Ti] concentrations in the respective leachates.
Inspection of the multi-element geochemical signatures of the carbonates reveal that the main proportion of the samples are characterized by REY patterns that resemble those of the dissolved REY in modern oceans and therefore attest a rather dominant authigenic component in them. Only a few samples depict a clear influence of REY from detrital components, and this renders the studied carbonates are very suitable archives of the ambient seawater from which they formed. These contaminated samples, however, are not drastically affected in their Cd isotope compositions, which emphasises the relative (compared to Cr isotopes) insensitivity of this tracer system to detrital material. Only few of the 167 carbonate samples studied exhibit elevated Mn/Sr ratios, a parameter commonly used to discriminate between samples that experienced diagenetic alterations and samples that did not. Variations in the Mn/Sr ratios likewise do not excerpt major changes in the Cd isotope signatures of the carbonates. The calculated share of detrital Cd contamination is <0.01% and such low detrital contents in the studied carbonates must be considered as to insignificantly influence the Cd isotope signatures. We therefore believe that Cd isotopes recorded in marine carbonates are robust signals, which has the potential for mirroring the ambient conditions in the seawaters from which they precipitated, and consequently, that these signals can be used as a bioproductivity indicator. δ 114Cd values are positively correlated, in the studied sequences where also Cr isotopes indicate elevated surface water oxygenation. This is particularly the case during the Late Maastrichtian (Late Cretaceous) and in modern carbonates from the Bahamas bank. In the Late Ediacaran, in the post-Shuram Wonoka interval and during the Ediacaran—Cambrian transition, which are periods during which elevated bioproductivity and elevated oxygenation levels are expected, samples reveal elevated δ 114Cd values that support the scenario of the prevalence of oxygen levels that can be compared to those Cadmium isotopes as tracer for bioproductivity in the marine realm of today’s oceans. Even though there is no direct coupling of Cd and Cr isotopes, there is a tendency of both isotope tracers in carbonates to depict higher bioproductivity where higher oxygen levels existed in ambient water columns. One of the major outcomes of this thesis is, that the combined application of Cd and Cr isotopes to marine carbonates is suitable to reconstruct past bioproductivity and oxygenation, and therefore has the potential to contribute with additional information towards explain non-human induced climate change in the past.