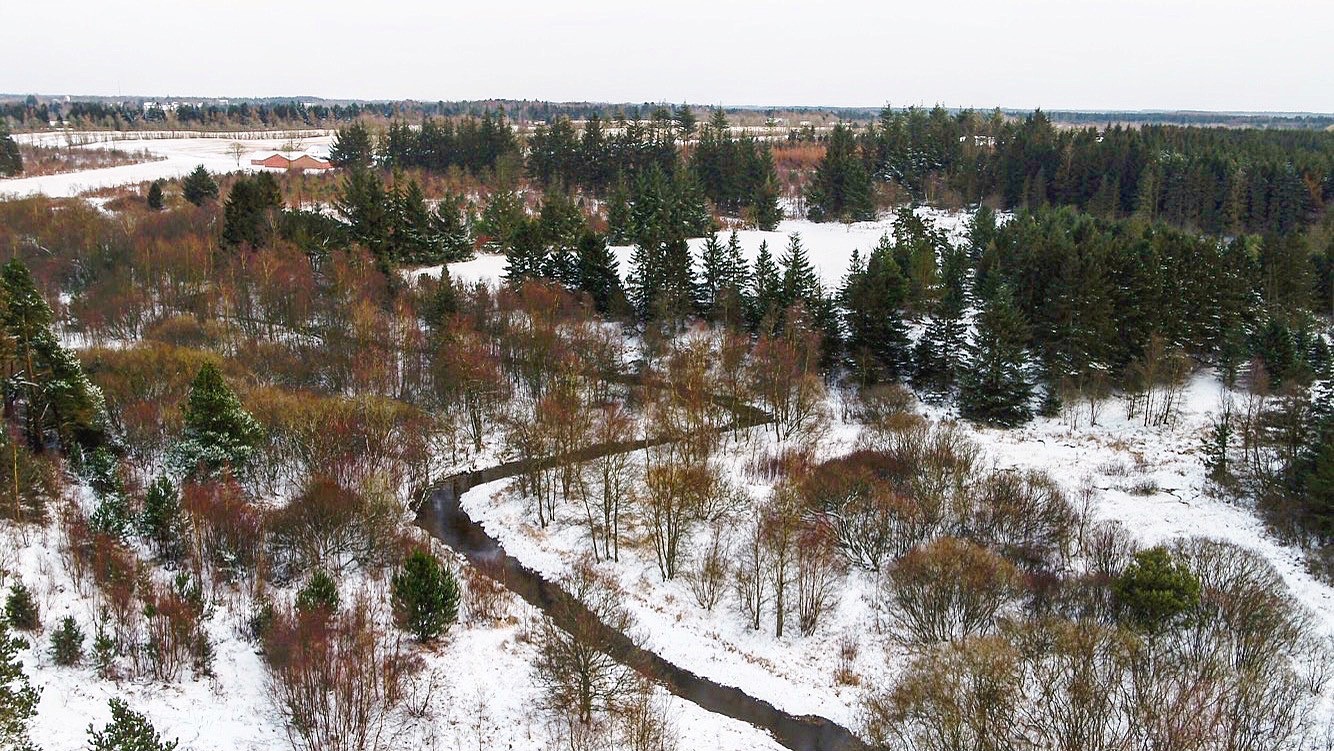 Summary:
Heat as a tracer has been used to study the groundwater – surface water interactions in a stream valley and wetland system in western Denmark. A stretch of the Holtum stream and the surrounding groundwater-fed wetland has been monitored for over two years, using Fiber Optic Distributed Temperature Sensing (FO-DTS), temperature-depth profiling in wells and Thermal InfraRed (TIR) imaging on an unmanned aerial vehicle. These data, in conjunction with hydrological and atmospheric measurements, has been used to characterize the hydrological and thermal behaviour of the system, both on the ground and in the subsurface, with the aim of assessing the use of thermal-based methods to infer the location and magnitude of on-land groundwater upwelling. It has been possible to estimate the areas more prone to develop groundwater upwelling processes, and the magnitude of them. However, the location of upwelling areas resulting from the analysis of thermal data obtained by the different methods only partially overlapped. The addition of hydrological data allowed to constrain and better recognize these areas of interest. An integrated surface – subsurface hydrological model has been developed inspired by the features of the monitored site. Collected hydrological and thermal data has been used to set the boundary conditions in the model and steady-state flow and heat transport simulations were performed. Several sets of zonal geological heterogeneity have been used to create a benchmark for studying the impact of low conductivity top layers on the upwelling processes and their associated surface thermal signature, with the objective of assessing whether thermal-based methods, and especially TIR imaging, would be suitable to measure such signatures. To analyse the temporal dynamics of these processes, four scenarios representing the four weather seasons have been implemented by modifying the hydrological and atmospheric conditions. Groundwater upwelling location and magnitude were defined by the existence and extent of low hydraulic conductivity layers, as well as by the hydrological conditions in the system. Scenarios with thinner low-permeable top layers and higher hydraulic heads produced upwelling fluxes on-land in more locations and with a higher magnitude. Upwelling locations displayed a thermal signature that was directly related to the magnitude of the exchange fluxes. This signature was strong enough to be measurable with FO-DTS and TIR on unmanned aerial vehicles.