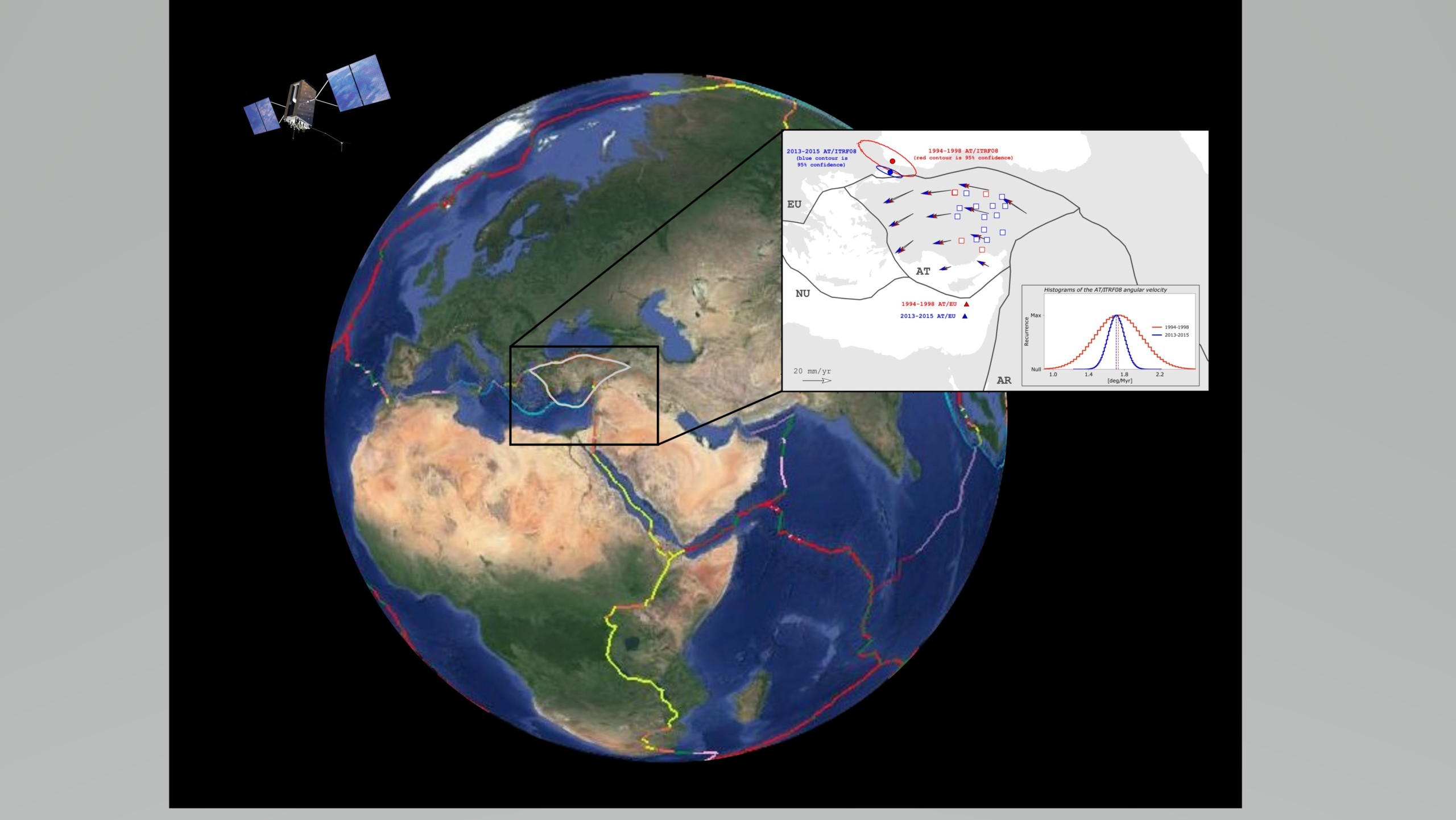 Linking microplate dynamics to the seismic cycle of crustal faults

Summary:
The occurrence of earthquakes can be studied in the context of the Plate Tectonics Theory, which establishes that the Earth’s lithosphere is fragmented into plates that are in motion relative to each other. According to the current paradigm, plate motions remain undisturbed to the seismic stresses that slowly build up before an earthquake (interseismic phase) and that are suddenly released during a seismic event (coseismic phase). While this is a reasonable hypothesis for larger tectonic plates (e.g., Pacific, South America), it does not seem to apply to microplates, due to the reduced viscous resistance associated with their smaller basal area.
This PhD thesis explores whether the stress changes associated with the seismic cycle of large earthquakes can cause changes on the rigid motions of microplates. It also analyses, from both theoretical and observational viewpoints, the possibility of using geodetic data to detect those motion changes. On the one hand, this thesis analyses synthetic simulations that mimic the preseismic phase of a large earthquake building upon an idealised microplate, demonstrating that it is theoretically feasible to use geodetic data to link microplate motion changes to earthquake-cycle stresses. On the other hand, this thesis uses GPS data before and after 1999 to identify a rigid motion change of the Anatolian plate in connection to the occurrence of the 1999 Izmit-Düzce earthquakes. This study also shows that this kinematic change has subsequently altered the seismic loading rates along the Anatolian plate margins and, in turn, the seismicity patterns in the Anatolian region.
Altogether, this research shows that the seismic cycle of crustal faults impacts the rigid motion of microplates, leaving a kinematic signal that is detectable using geodetic techniques. This study adds a new perspective to the on-going efforts to assess seismic hazard. The main advantage of this approach is that it does not depend on the description of individual faults, the knowledge of their seismic potential or the existence of paleoseismicity studies. In the coming years, the expected advances in the GPS techniques may lead to the further development of alternative approaches such as the one explored here.

A digital version of the PhD thesis can be obtained from the PhD secretary Mikala Heckscher mikala@ign.ku.dk