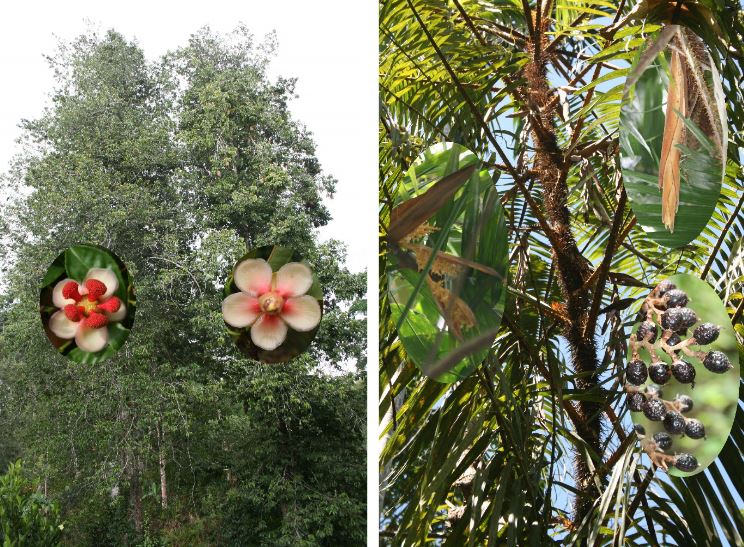 Biological and socio-economic barriers to the domestication of NTFPs, with special reference to dioecious Allanblackia stuhlmannii (Engl.) Engl. in Tanzania and Daemonorops Schult. f. spp. in Indonesia

Summary:
Allanblackia stuhlmannii (Engl.) Engl. and Daemonorops Schult.f. spp. are two economically important NTFPs collected for fruits and seed in the East Usambara, Tanzania and southern Sumatra, Indonesia respectively. A. stuhlmannii, a large tree of the family Clusiaceae, occurs in natural forest and as scattered farmland trees, mostly remnant trees from former forest. Jernang (the fruit-resin producing species of genus Daemonorops, Arecaceae) is a climbing palm occurring in light gaps in the lowland rain forest, and occasionally planted in farmland.
The two species are dioecious, animal pollinated, and are in the transition between wild collection and domestication. Deforestation with diminishment of the resource base coupled with increasing market demand are major incentives for cultivation. The research was two-stringed with one focus on biological constraints for cultivation with main focus on dioecy and sex ratio, the other on constraints in adoptability of the species in local agroforestry systems. The thesis produced seven scientific papers. Three papers deal with sex ratio and pollination of A. stuhlmannii based on farmland, forest, and planted gene-bank surveys, flower and pollen-ovule counts and pollination experiments. The results showed that the innate sex ratio was even, but the ratios were different in young and older populations, and farmland was distinctly female biased due to progressive removal of male trees. Pollen-ovule ratio, which was based on flower counts, anther/ovule ratio and pollen/ovule ratio in individual flowers, was very high even for a dioecious species. Fruit and seed counts as related to distance to male trees indicated that there was a tendency of pollen limitation at long distance but even long distance pollination takes place.
One paper deals with sex ratio and phenology in Jernang based on local monitoring over two one-year periods. The results showed that the ratio was even, but males produced much more inflorescences Flowering and fruiting took place throughout the year but with a distinct peak season. The paper also reflects on the pros and cons of local monitoring. The experience showed that the monitoring team used the inspection tours also to collect the fruits, hence making the record period incomplete.
A paper on socioeconomic constraints on adoptability of A. stuhlmannii showed that farmers were reluctant to adopt a late fruiting, large canopy tree, and that especially competition from more lucrative spice crop, like cloves resulted in de-selection of A. stuhlmannii.
A paper on adoptability of Jernang and other NTFPs in Indonesia widened the scope of adoptability into some general determining factors for extraction vs. cultivation. The paper showed that a large number of NTFPs were collected but few wild species domesticated. Generally, farmers were reluctant to allocate land for NTFPs that could still be collected from the forest. Moreover, cultivated NTFPs like Jernang were often stolen from farmland since the products were traditionally considered free to collection. However, several farmers showed interest in Jernang since it was compatible with rubber, the main cash crop in the area, but access to planting material was limiting.
The last paper deals with the market mechanisms of Jernang. The research showed that Jernang collection was mainly undertaken by a minority tribe, Batin Sembilan while cultivation and trade was undertaken by Malays, who generated a significantly higher income than the collectors did.