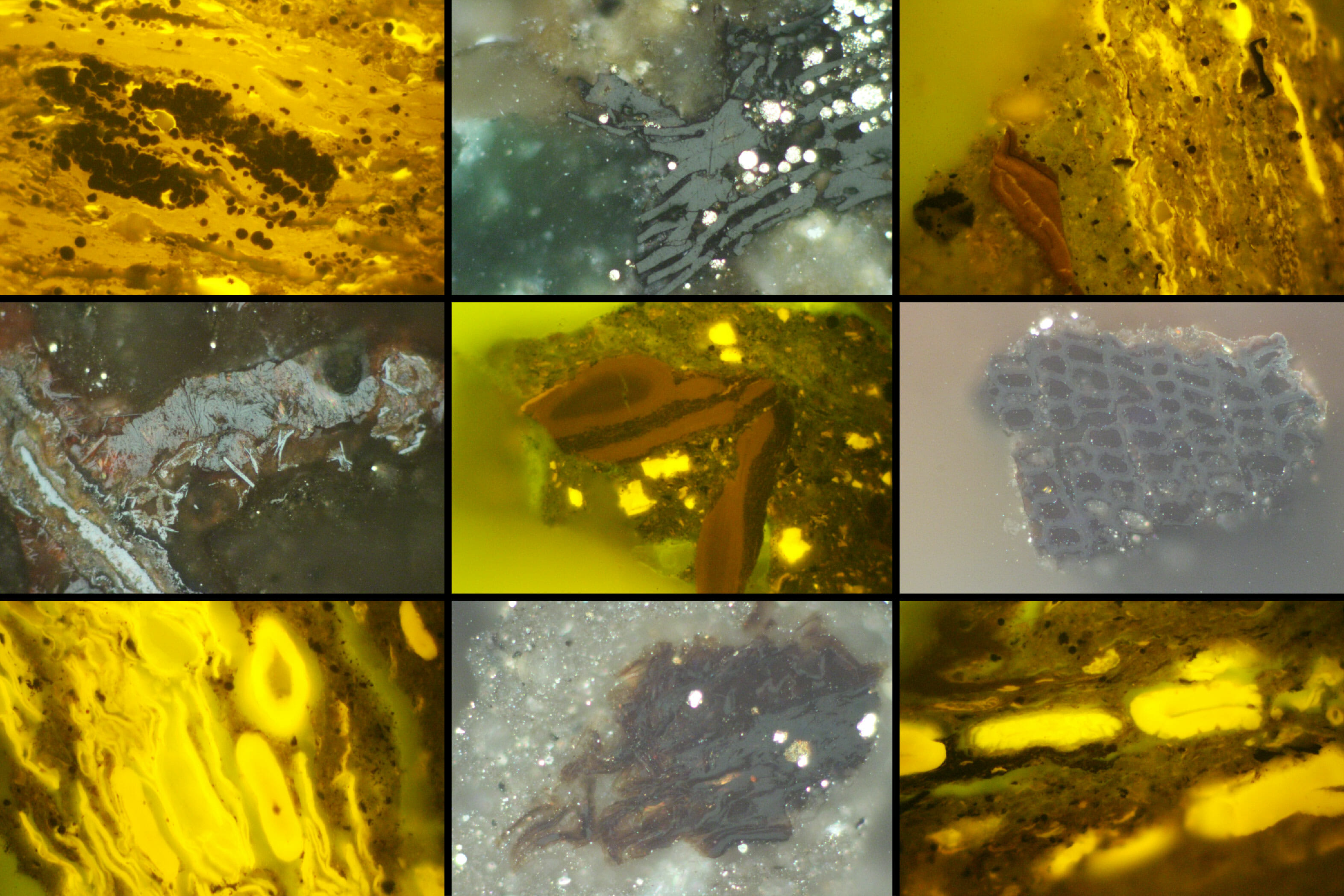 Summary:
Petroleum source rocks constitute essential parts of petroleum systems, and understanding their lateral and vertical distribution and potential for generating hydrocarbons is imperative for accurate predictions of the hydrocarbon resources and their commercial significance. Source rocks are sedimentary units, which are or have been able to generate oil and gas. Source rocks are defined as ‘efficient’ if they are capable of generating and expelling prolific quantities of oil and gas. The efficiency is depending on the volume and richness of the organic material in the source rock, the maturity history and the basin configuration of the petroleum system. Classification of the type and quality of the organic material and the hydrocarbon generation potential is essential for evaluating the source rock potential.
Upper Jurassic – lowermost Cretaceous (Kimmeridgian–Ryazanian) organic-rich marine shales of the Farsund Formation constitute the principal source rocks in the Danish North Sea. The Bo Member forms the uppermost part of the Farsund Formation, and is generally considered to constitute the most prolific interval of the succession. The Farsund Formation, and in particular the Bo Member, is characterised by significant vertical and lateral variations in source rock quality. The areal distribution of the Bo Member is restricted, and the unit is thermally immature over large areas. Thus, it is unlikely that the Bo Member has generated sufficient quantities of petroleum to fill the reservoirs in the Danish Central Graben (DCG). Hitherto, the lower part of the Farsund Formation has been neglected as a potential source for hydrocarbons. However, intervals of rich, oil-prone shales have recently been documented in the northern DCG and southern Norwegian Central Graben.
The focus area of this study has been the DCG with particular emphasis on the greater Valdemar Field, including the North Jens-1 well. The primary objective of this thesis has been to unravel vertical and lateral variations in organic facies in the Upper Jurassic – lowermost Cretaceous source rock succession (i.e. the Farsund Formation) in the DCG. This has been achieved by combing geochemical data with results from petrographic (maceral) analysis into an existing sequence stratigraphic framework, allowing for a new organofacies characterization of the succession. To the best of the author’s and co-workers’ knowledge, this is a unique and hitherto unutilized approach for source rock characterisation.
Conventional core and cutting samples were retrieved from the Upper Jurassic – lowermost Cretaceous organic-rich shale interval from numerous Danish North Sea wells, including the North Jens-1 well in the Valdemar Field. The results show that some organic-rich, oil-prone intervals within the lower part of the succession have an enhanced source rock potential and display several similarities with the prolific Bo Member. In addition, the thermal maturity, source rock quality and kerogen quality in the Upper Jurassic – lowermost Cretaceous shale succession vary at sequence level across the DCG.
Detailed studies of the North Jens-1 well (Valdemar Field) indicate that (i) the source potential of the Upper Jurassic – lowermost Cretaceous marine shales in the area of this well is generally lower than observed regionally; and (ii) the relatively organic-rich, oil-prone intervals in the lower part of the succession are absent.
By refining the characterization of the organofacies within the Upper Jurassic – lowermost Cretaceous succession, it is shown that (i) the organofacies are characterized by considerable variations in both the regional and local distribution at sequence level within the DCG; (ii) each organofacies presumably generates different types of oil; and (iii) the proportions of each organofacies, which constitutes the kerogen available for petroleum generation, may vary. Consequently, these differences in organofacies may partly explain the heterogeneity of the oil types accumulated in the Valdemar Field.
Collectively, the results of this study contribute with new and important information on the Jurassic Petroleum System in the DCG by highlighting in detail the complexity of the kerogen composition in the Farsund Formation.