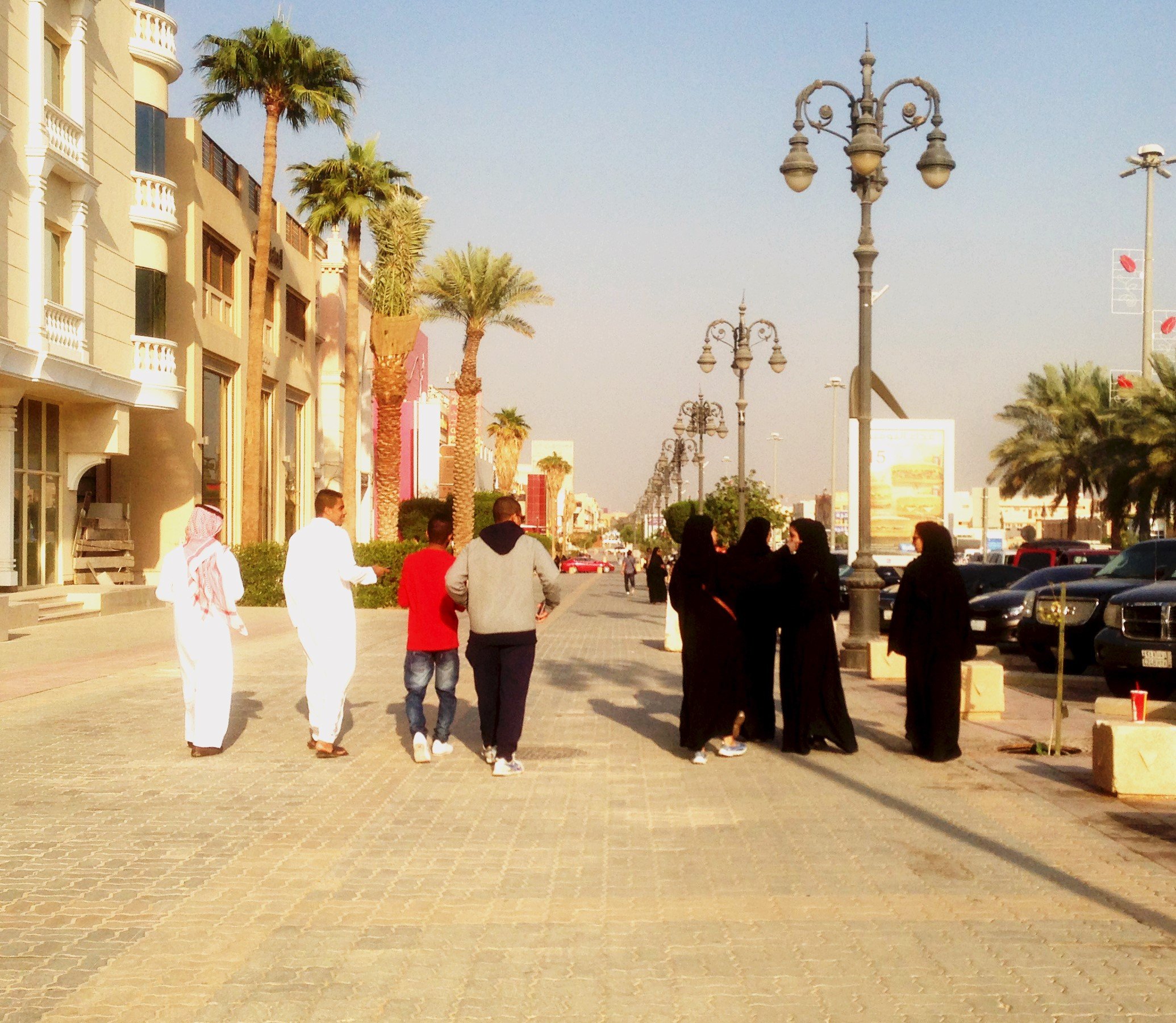 Re-humanising Public Urban Space
Unfolding the influence of socio-cultural norms on the use, experience, and provision of the sidewalk in Riyadh, Saudi Arabia

Summary:
This PhD thesis aims to contribute to a better understanding of the spatial, social, and cultural dimensions of the formation of human-centred public urban space. ‘Re-humanising’ the city is a traveling concept which implies that public urban spaces are liveable, walkable, safe, enjoyable, and inclusive thereby allowing vibrant social interaction. While the inclusiveness of space is considered as a core value in human-centred public urban space, social and spatial exclusion is a key challenge to the success of public urban space, especially in the Global South. The mainstream research in urban design argues that modifying spatial settings can change cultural practices, undermining the cultural variations and their role in the inclusion and exclusion process by assuming that design is a key cause of social behaviour to occur. Therefore, this thesis unfolds the socio-cultural influence on the use, experience, and provision of the sidewalk in Riyadh, which is one of the most car-dependent and gender-segregated cities in the world. Gender norms and religious traditions prohibit direct interaction between men and women in public spaces and prescribe codes of behaviour and dress, which reduce opportunities for men and women to be co-present in public urban spaces. However, among all gendered spaces, streets and sidewalks to some degree function as potentially inclusive spaces, where men and women may be co-present. Through quantitative and qualitative methods, the results show that public urban space in Riyadh is predominantly gendered. Sidewalks are socially conceived as men’s place, while indoor environments, such as shopping malls, are ‘appropriate’ for women. Women’s exclusion on the sidewalk is derived from the generic spatial programming, the gendered regulations, gender norms and religious traditions, as well as young men’s appropriation of space. Although this thesis shows that young women negotiate the spatially-bounded gender norms, it argues that the ‘universal’ characteristics of urban quality were insufficient to create inclusive public urban spaces in Riyadh. Ultimately, this thesis suggests that re-humanising public urban space should not only be considered as a matter of design, but also as an on-going process which includes an inclusive spatial planning agenda and the management of space supplemented by background knowledge regarding the culture of use of space.

The thesis is available for inspection at the PhD administration office 04.1.413 at Øster Voldgade 10