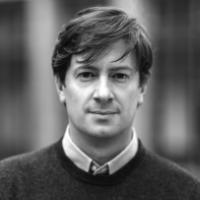 Complex numbers originated in sixteenth-century Italy and were related to the search of a general solution for the cubic equation. At a first glance, it seems unlikely that complex numbers could be useful for understanding the physical world. However, more than two centuries after their invention, physicists gradually began to utilize complex numbers to model different kinds of physical phenomena, a process that has been called “complexification of physics” by Salomon Bochner. In this talk, two case studies that illustrate innovative uses of complex numbers in XIX century optics will be presented. The first is Fresnel’s (1823) interpretation of complex quantities that appeared in his equations relating the amplitudes of the reflected and incident waves when plane-polarized light incides the surface of two transparent media. The second case concerns a posterior use of Fresnel’s theory to investigate metallic reflection, after Brewster (1830) showed that plane polarized light was elliptically polarized after being reflected by metallic surfaces. Attempts to provide a theoretical explanation for this new phenomenon were made by MacCullagh (1836) and Cauchy (1839) by introducing into Fresnel’s formulas a refractive index that is a general complex number. Many interesting philosophical and pedagogical lessons can be extracted from these episodes as well as their comparison.