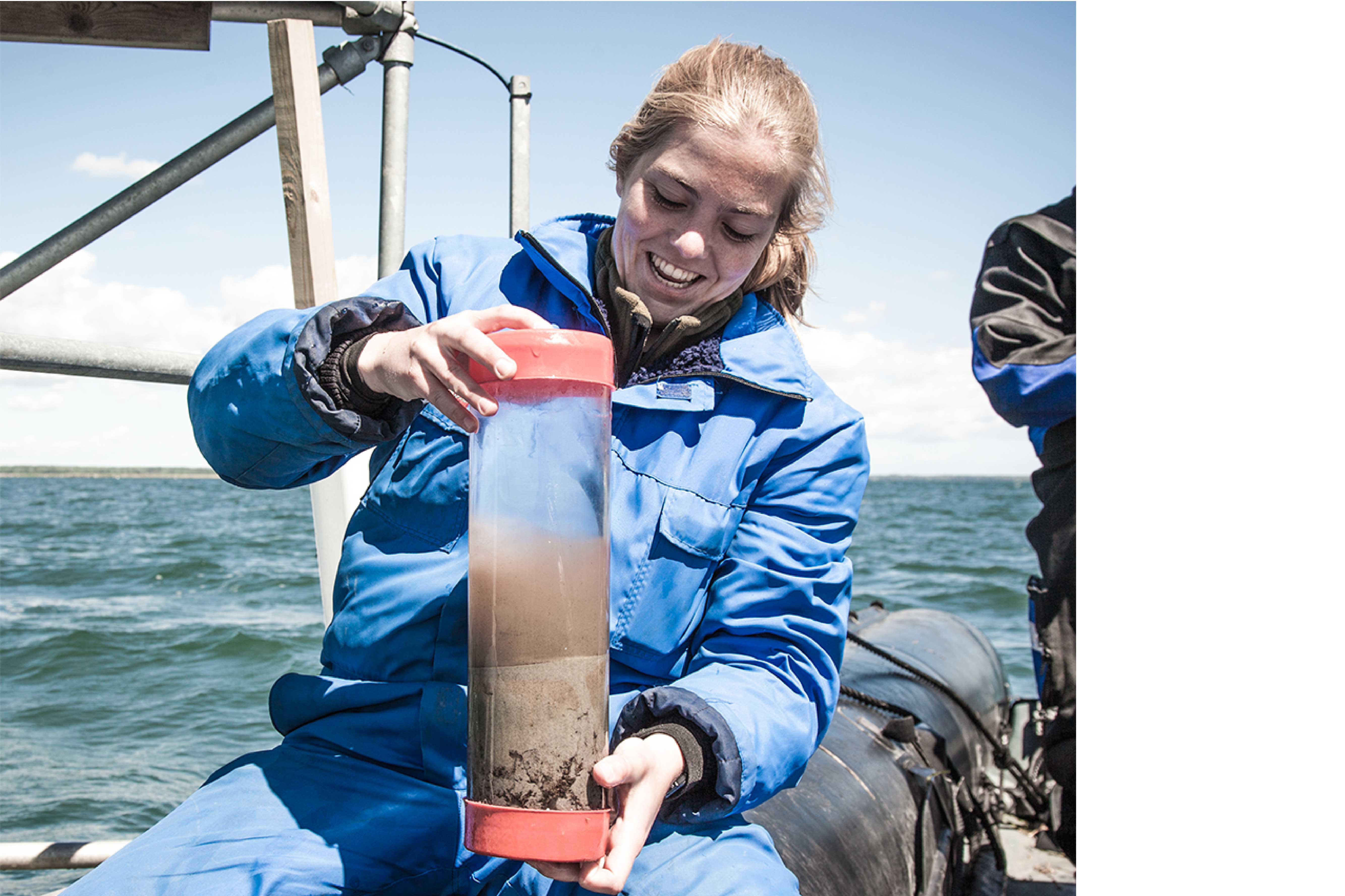 Summary:
Coastal lagoons are shallow water bodies separated from the sea by shore-parallel barriers, which dampen wave and current energy. Marine flora and fauna typically inhabit coastal lagoons and contribute to the individual lagoon characteristics and functioning. The ecosystem health of coastal lagoons is vulnerable to increasing turbidity levels caused by e.g. sediment suspension, due to hindered light penetration to the bed. This thesis investigates the hydro- and sediment dynamics of the shallow coastal lagoon, Rødsand lagoon, in southeast Denmark. Three different research methodologies were used in order to assess the natural processes and the lagoonal system response to future disturbances. The methodologies included field investigations, laboratory experiments and numerical modelling.
It is concluded that the bed erosion was influenced by aggregation, and that the settling velocity of the aggregates was high compared to previous studies. The bed was eroded during high stress conditions primarily caused by wind-induced wave activity. Succeeding storms decreased the shear stress threshold for sediment suspension. A high wind speed event in the winter season caused a seagrass cover reduction, which led to an increase in the sediment suspension relative to the bed shear stress. These processes and interactions are important for the understanding of the sediment dynamics of lagoonal systems. The lagoonal response to a regional increase in the wind speed was amplified suspended sediment levels in the shallow regions of Rødsand lagoon. The lagoonal response to a sediment spill outside of Rødsand lagoon was increased suspended sediment levels according to the distance to the spill source. The regional response was 10-fold larger than the sediment spill where only advective sediment transport took place. This highlights the importance of the internal lagoonal processes as opposed to exterior disturbances. Numerical modelling showed that implementing a mussel reef outside of Rødsand lagoon reduced the sediment import to the lagoon and thus lowered the suspended sediment levels within the lagoon. The results improved the understanding of the hydro- and sediment dynamics of Rødsand lagoon, and led to the definition of a new coastal lagoon type.

The thesis is available from the PhD administration office 04.1.413