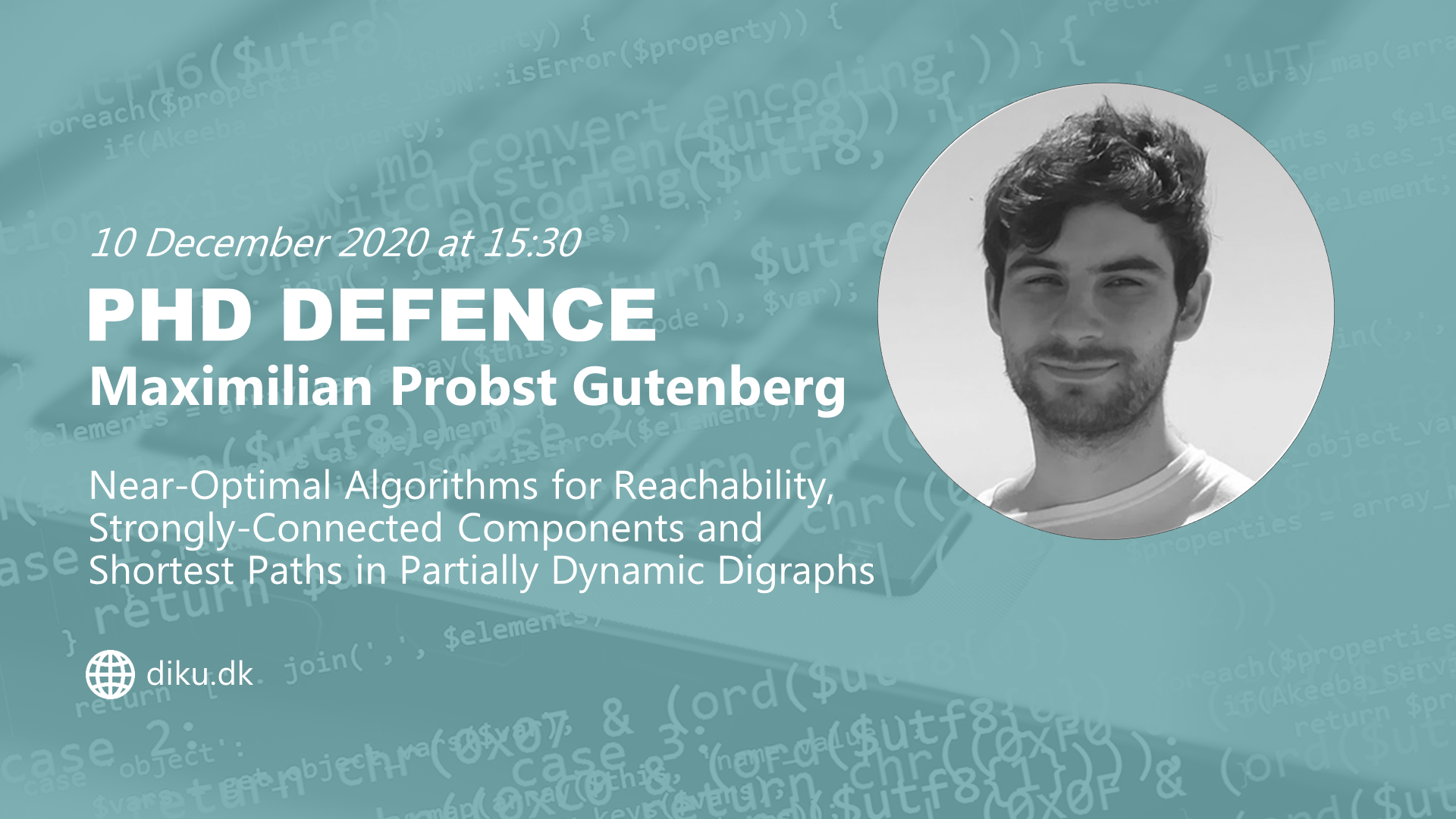 In this thesis, we present new techniques to deal with fundamental algorithmic graph problems where graphs are directed and partially dynamic, i.e. undergo either a sequence of edge insertions or deletions:

These problems have recently received an extraordinary amount of attention due to their role as subproblems in various more complex and notoriously hard graph problems, especially to compute flows, bipartite matchings and cuts. Our techniques lead to the first near-optimal data structures for these problems in various different settings.

In particular, we obtain

Moderator at this defence will be:
Professor, Jon Sporring, Department of Computer Science, University of Copenhagen

For an electronic copy of the thesis, please contact phdadmin@di.ku.dk