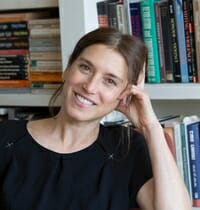 Foredrag — Senior Lecturer, Dr. Ornit Shani, from the Department of Asian Studies, University of Haifia, will give a talk on "How India Became Democratic".

How India Became Democratic explores the greatest experiment in democratic human history. It tells the untold story of the preparation of the electoral roll on the basis of the universal adult franchise in the world’s largest democracy. The book offers a new view of the institutionalisation of democracy in India, and of the way democracy captured the political imagination of its diverse peoples. Drawing on rich archival materials, the book shows how the Indian people were a driving force in the making of democratic citizenship as they struggled for their voting rights.