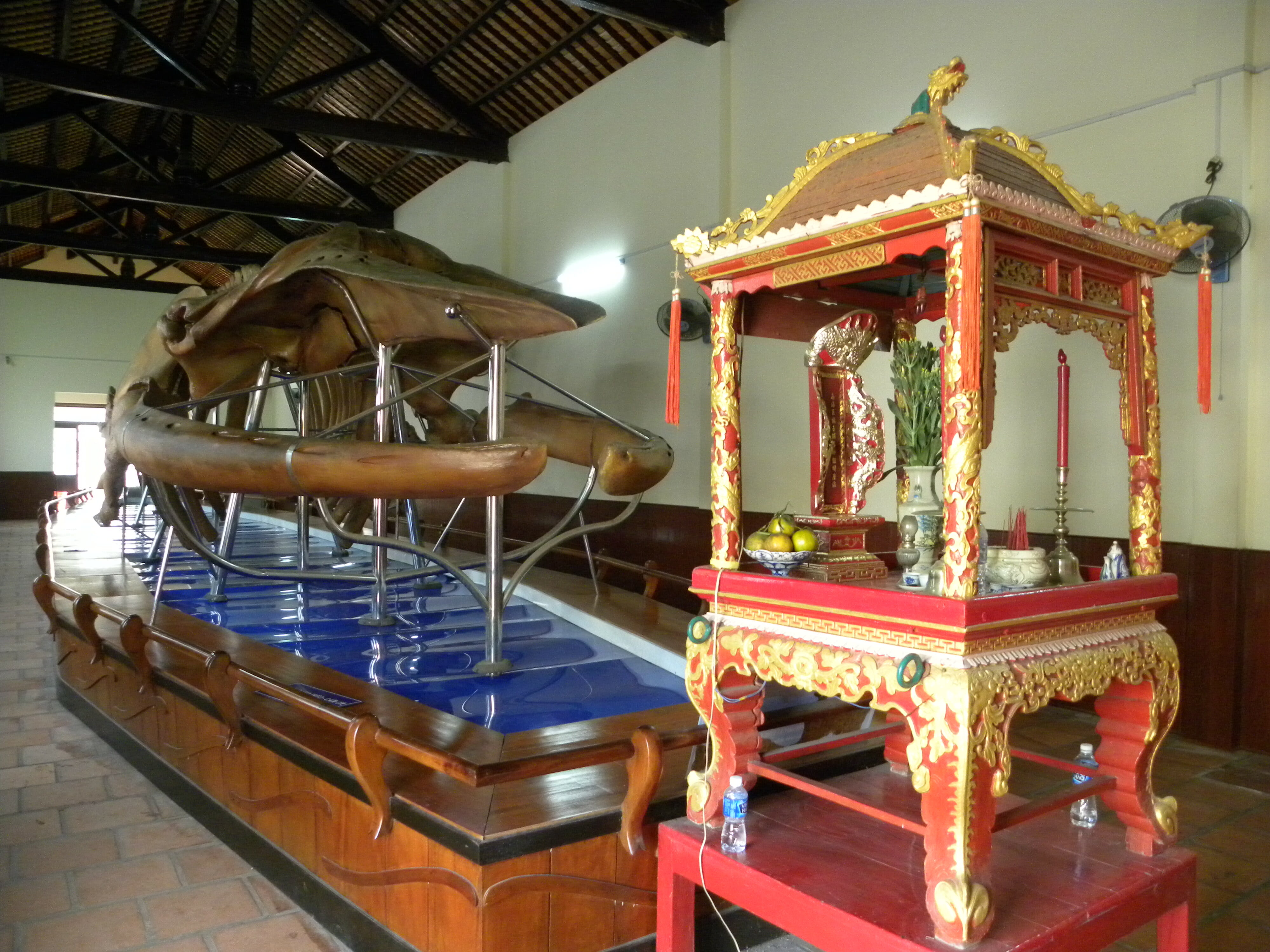 Foredrag — Join us for a lunch talk by Aike P. Rots, associate professor in contemporary Japan studies, University of Oslo

Hosted by:
ADI and NIAS

Abstract
In various parts of the Asia-Pacific region, whales, dolphins, and other aquatic mammals are associated with divine power, and are (or were) the objects of ritual veneration. In particular, as I will show in this presentation, worship traditions centred on cetaceans have been preserved in coastal regions in Vietnam and Japan. Along the south and central coast of Vietnam, whales and other cetaceans are venerated as life-saving sea deities, named Cá Ông. Temples are typically built at places where whales have washed ashore and died, and they often contain the bones of these animals. To many Vietnamese fishing communities, Cá Ông is a powerful protective deity, and ritual ceremonies and festivals (lễ hội) at these shrines are important community events. In some Japanese coastal areas, the spirits of whales are likewise venerated through ritual practice. At some Buddhist temples in areas historically known for whaling, kuyō – pacification rituals for the spirits of deceased animals – are conducted regularly. There are also Shinto festivals (matsuri) centred on whales and associated sea deities such as Ebisu, and various shrines and temples throughout the country have gates, bridges, or statues made of cetacean bones. Thus, in Vietnam as well as in Japan, whales continue to carry significant symbolic capital today – if no longer as deities, at least as local “heritage” and as symbols of nature conservation and a reimagined “ancient sustainability”. In both countries, whale-related rituals have been reclassified as local or national “heritage”, and acquired new meanings as a result of tourism, coastal depopulation (either forced or voluntary), and changing livelihoods.

Aike P. Rots is an associate professor in contemporary Japan studies at the University of Oslo. He holds a PhD from the University of Oslo, an MA degree from SOAS, University of London, and BA degrees from Leiden Uni-versity. He is the author of Shinto, Nature and Ideology in Contemporary Japan: Making Sacred Forests (Bloomsbury 2017) and the co-editor (with Mark Teeuwen) of Forma-tions of the Secular in Japan (special issue of Japan Review, no. 30, 2017). He has written articles and book chapters on a variety of topics, including modern Shinto, sacred space, religion and politics in Vietnam, and Japanese Christianity.

Feel free to bring your own lunch. There will be coffee/tea.