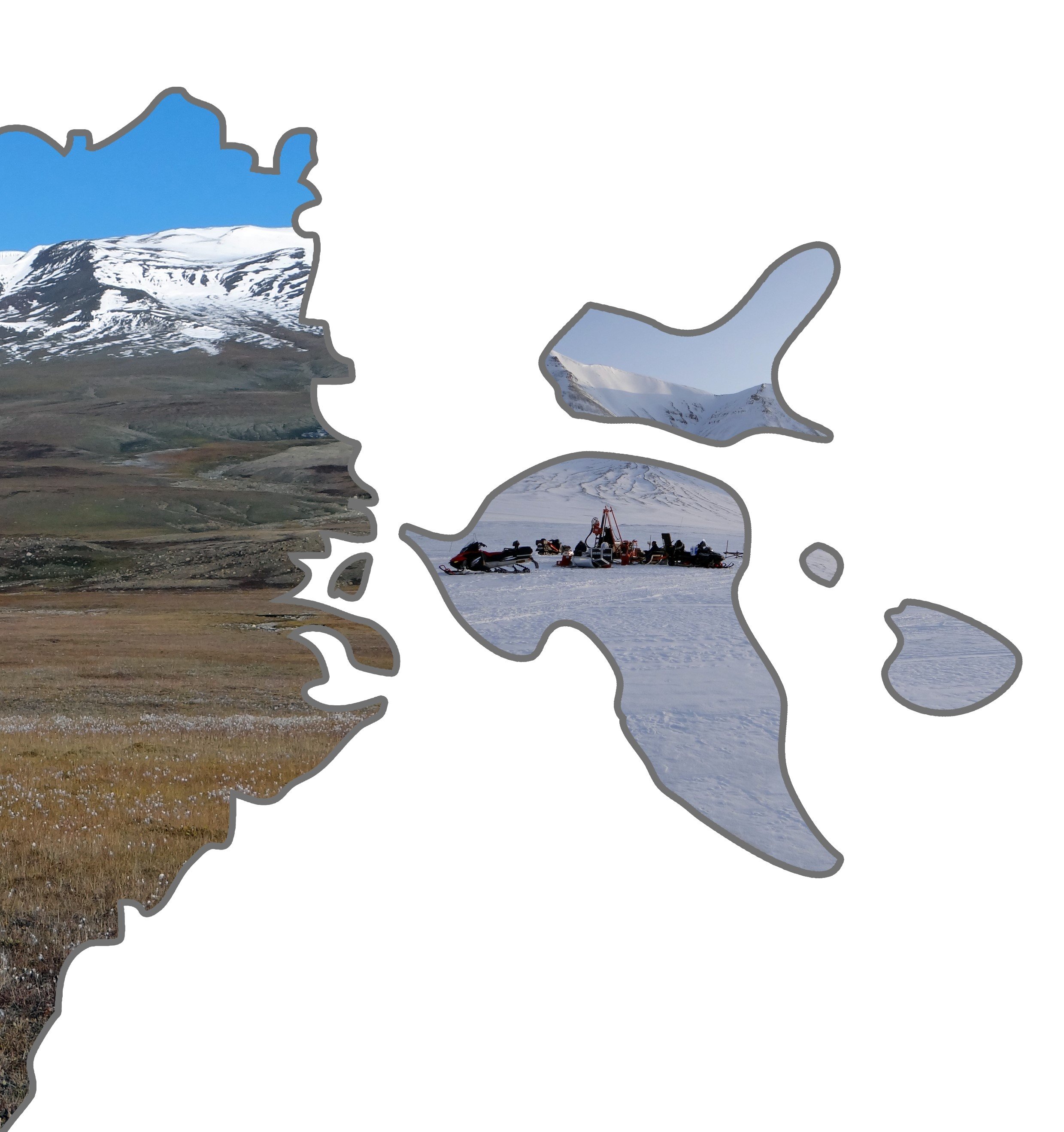 Summary:
This PhD study contributes to the scarce knowledge of permafrost dynamics in mountainous terrain. In High-Arctic valleys, on Svalbard and in NE-Greenland, linkages between geomorphology and ground ice- and carbon distribution have been described, quantified and compared between landscape types and locations. To achieve this, detailed geomorphological mapping was combined with cryostratigraphic and laboratory analyses (grain size, solutes, radiocarbon- and optically stimulated luminescence-age) of 31 permafrost cores (up to 16 m) from seven different landforms. Ground ice in permafrost has been quantified and shows a large variability at local, landform and landscape scale and with depth, just as lithology and carbon distribution vary considerably. This variability is linked to the landscape history and patterns of permafrost aggradation, controlled by the relief, sediment transport and hydrology, and the Holocene climate history; linkages which need to be assessed prior to meaningful upscaling of ground conditions. The study further shows that valley bottom permafrost is a valuable archive for Holocene landscape and permafrost dynamics. The polygenetic permafrost is tied to sea level variation, delta progradation, terrestrial sedimentation and Holocene climatic variability. Landforms aggrading with syngenetic and quasi-syngenetic permafrost have the most ice and carbon-rich near-surface permafrost, such as loess terraces and alluvial fans, representing important carbon sinks. While in Zackenberg, ice- and carbon-rich permafrost on alluvial fans continued to aggrade during warmer Early Holocene climate, linked to nivation and slope erosion, fan sedimentation and vegetation expansion, in Svalbard, loess terraces and alluvial fans seem more vulnerable to degradation in a warmer climate where such relationship is less pronounced due to steeper slopes and different snow distribution.

The thesis is available for inspection at the PhD administration office 04.1.413