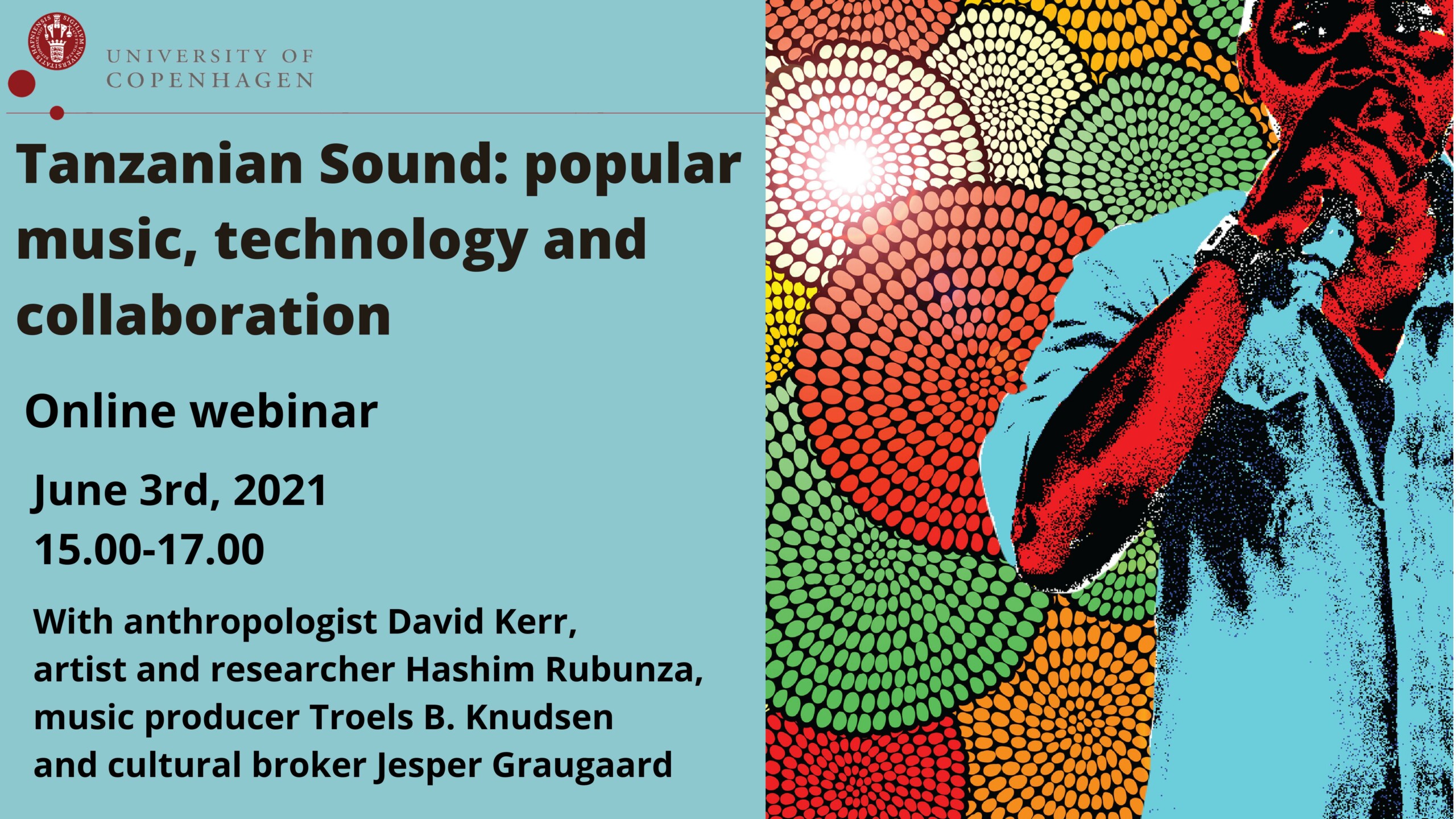 webinar — Centre of African studies invites you all to join us for this seminar, where we will explore the relationship between sound, the technologies of musical production, and the representational power of popular music.

This seminar explores the relationship between sound, the technologies of musical production, and the representational power of popular music.

In the first part of the seminar, researcher and artist Hashim and anthropologist David Kerr trace how changing studio technologies have shaped the sound of Tanzanian popular music. From the 1960s until the 1990s, state owned Radio Tanzania Dar es Salaam (RTD) played a central role in recording and broadcasting Tanzanian popular music. Liberalisation of the media and economy in the early 90s had a profound effect on popular music production. Following liberalisation, several privately owned commercial studios were established in Dar es Salaam. No longer controlled by state cultural policies these studios were free to produce musical genres such as hip-hop, RnB and soul previously proscribed by state policy. The musical genres created in these studios are known as muziki wa kizazi kipya (music of a new generation), and they came to sonically represent for Tanzanian audiences the time of their production. Hashim and Kerr argue that muziki wa kizazi kipya came to embody the anxieties and opportunities of the neo-liberal era.