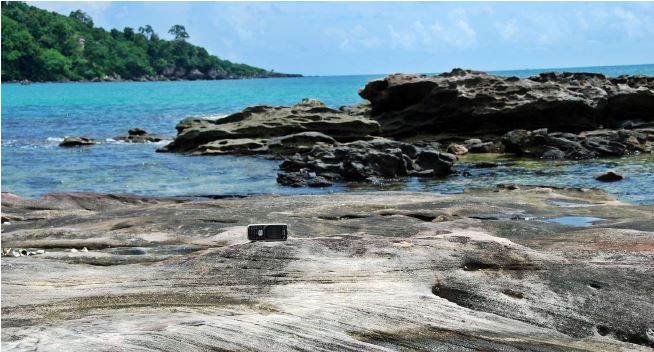 Summary:
In this PhD study, the hinterland of basin fill in the Phuquoc Basin (a Mesozoic basin) and the depositional evolution during Neogene of the Malay-Tho Chu Basin (a Cenozoic basin) are investigated. The two basins are located in southern Vietnam and partly overlap each other offshore the Gulf of Thailand. The study of the two basins exemplifies the Early Cretaceous and Neogene-Quaternary development of central SE Asia. The work consists of two sub-studies:
1) Based on the detrital zircon and heavy mineral analysis, Qinling-Dabie and Songpan-Ganzi Orogenic belts were indicated as the primary source of the Lower Cretaceous sandstones in the Phuquoc Basin. The similarities of detrital zircon age patterns, lithostratigraphy and common sources of the uppermost Jurassic-Lower Cretaceous formations of the Phuquoc, Khorat, Lanping-Simao and Sichuan basins suggest that they formed parts of a mega-basin covering the central SE Asia during the Late Jurassic-Cretaceous. The relative location of hinterland and the four basins suggests a N-S to NW-SE oriented drainage system delivering sediments into each basin. However, the absence of zircon age groups of 130-145 Ma and 145-200 Ma in the Lanping-Simao basin suggests that the drainage system supplied sediments into this basin were mainly from the Songpan-Ganzi belt then merged with the drainage system from the Qinling-Dabie belt that passed through the Sichuan basin before bringing sediments into the Khorat and Phuquoc basins.
2) Based on 2D seismic interpretation combined with information from well reports, the uppermost Oligocene to Recent succession in the Malay-Tho Chu Basin is divided into six seismic sequences. During the latest Oligocene to Recent, depositional style in the basin fluctuated, including lacustrine, deltaic, fluvial-estuarine, flood- and deltaplain and shallow marine depositions. The long-term changes in depositional style, such as the increase or decrease of marine influence in depositions in the Malay-Tho Chu Basin, are controlled by tectonism and paleoclimate variations. The frequent short-lived marine/estuarine intercalations in flood-and deltaplain or fluvial dominated deposits are controlled by the eustatic sea-level fluctuations.