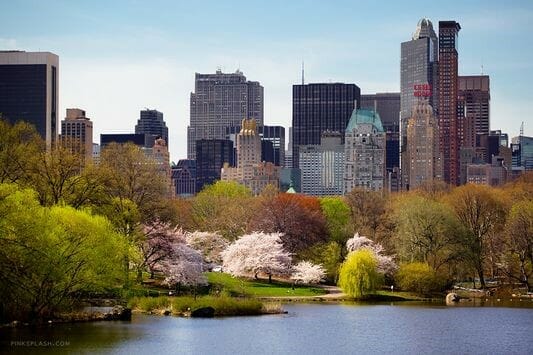 The cooling effect of urban green infrastructure: From how to where

Abstract:
Global climate change and ongoing urbanization is increasing the challenges of heatwaves and the urban heat island (UHI) effect. The cooling effect of urban green infrastructure (UGI) is one of the important strategies that has been paid growing attention. However, the quantitative and general role of UGIs is still uncertain, which limits the ability to make specific recommendations for land use optimization and climate adaptive decision-making. In this Ph.D. project, based on a study of the literature, two essential aspects of the cooling effect of UGIs – “how” (cooling mechanism) and “where” (spatial pattern), are generally separated and considered. I proposed the concepts of the urban cool island (UCI) effect (UCI extent, intensity, and efficiency) of UGIs and the threshold value of efficiency (TVoE), and highlighted the value of the TVoE-related study. Through the Ph.D. project, we found that: (1) the land surface temperature (LST) variation is not only associated with the dominant land-cover types but is also affected by the land-cover transfer pattern and dynamics. The substantially increased LST occurred mostly in areas where the green space areas had been transformed into built-up lands and other lands. (2) There is a logarithmic functional relationship between UGI area and cooling effect, which means that larger-sized UGIs produce a higher cooling effect, while there exists a threshold value. Beyond this TVoE, the cooling efficiency drops rapidly. (3) The relationship between the shape index and the cooling effect needs to be further analyzed. In general, the compact shape (circular and square) of UGIs has a stronger cooling effect, and this law is applicable to different latitudes and climate zones. However, if the UGI area is large enough (we still cannot determine the minimum area), an area with complex shape has a more significant cooling effect. (4) The urban forest can keep cool/warm in summer/winter, which is generally a better way for mitigating than a body of water or grassland in high-latitude cities. (5) The local background climate strongly contributes to the cooling effect of UGIs, which deserves further investigation (6) The idealized model we proposed – an urban thermal security pattern (TSPurban) for heat control purposes – could help us better understand and maximize the cooling effect of UGIs and apply it in practice. In summary, the concepts we proposed and results of this Ph.D. project could deepen the understanding of the cooling effect of UGIs, as well as provide practical information for climate adaptive planning and management.

The thesis is available for inspection at the PhD administration office 04.1.413 at Øster Voldgade 10