Ingo L. Stotz Canales defends his thesis at the Geology Section of IGN 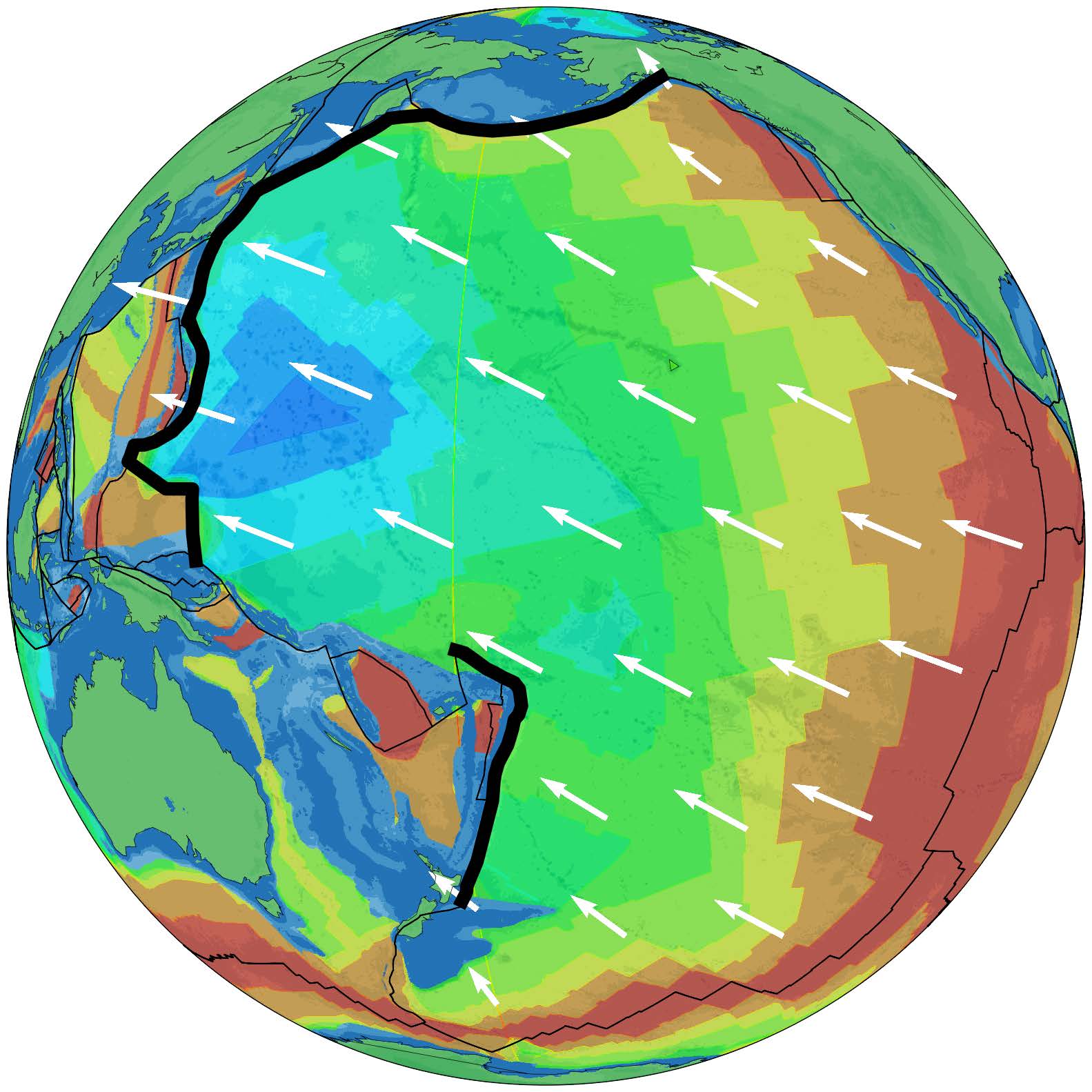 Summary:
Almost all surface processes, including motions of the lithospheric plates, can be related to underlying mantle circulation. Geological expressions across Earth’s surface, such as the Andean mountain range in South America, the ancient cratons of Australia and the African continent’s unusual topography are evidence of this. In turn, these topographic features have an impact on the mantle convection, modulating and organizing its convective planform. A record of the interaction between shallow– and deep– rooted processes is observable on the ocean–floor, which records changes in the velocity (i.e. the direction and magnitude) of lithospheric plates. In this thesis, we have developed novel coupled global numerical models of mantle and lithosphere dynamics and, subsequently, used these to test hypotheses on the force–balance governing motion of the Pacific plate since the mid–Miocene. These coupled models provide predictions of global plate velocities, which can be compared to reconstructed plate velocities, thus allowing us to unravel the driving mechanisms underpinning these motions over the recent geological past. Rapid plate motion changes (i.e. those accomplished within a few Myr) are increasingly being identified from studies of the ocean–floor magnetisation pattern and plume–related volcanic tracks. However, despite these advances, the forces dictating the motions of the Pacific plate, since the Neogene, remain debated, due to the difficulties associated with disentangling the signals related to plume drift from those associated with plate–motion changes. As a part of this thesis, we reconstructed the Pacific plate’s absolute motion since the mid-Miocene (15 Ma) at high temporal resolution, building on previous efforts to mitigate the impact of finite–rotation data noise. This reconstruction evidenced a large change in the absolute Pacific plate–motion direction, between 10 and 5 Ma. We subsequently used our coupled global numerical models of the mantle and lithosphere dynamics to demonstrate that this Pacific plate motion change is a consequence of to the arrival of the Ontong Java Plateau at the Melanesian arc. Furthermore, we demonstrate, for the first time, that the sub–Pacific asthenosphere features a significant component of pressure–driven flow (i.e., Poiseuille), and that this accounts for more than half of the Pacific plate motion over at least the past 15 Myr. Our results highlight the power and, indeed, the need for coupled models of mantle and lithosphere dynamics, thus opening up a whole new class of problem to future geodynamical research.