Talk by Phillip R. Sloan: “The Bohr-Debates, Schrödinger’s What is Life?, and the Timoféeff-Zimmer-Delbrück Paper on the Nature of the Gene” 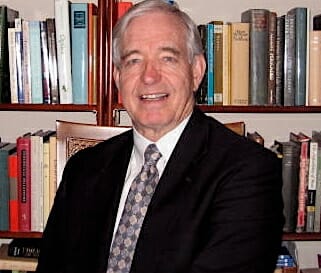 The publication of the landmark paper in German in 1935, “On the Nature of Gene Mutation and Gene Structure,” represented a unique cross-disciplinary collaboration that set a new style for research in biology and genetics. Authored by the Russian Geneticist Nicolai Timoféeff-Ressovsky, the German radiation physiologist Karl Zimmer, and the German nuclear physicist making his first step into biology, Max Delbrück, it became, through the popularization of many of its conclusions in Erwin Schrödinger’s What is Life? lectures of 1943 (published 1944), one of the texts that inspired many physicists, chemists, and microbiologists to turn attention to issues in biophysics after World War II, constituting one of the strands that created the new “molecular” biology. In this lecture I will discuss some of the deep background of the TZM paper as it related to the debates over the relations of biology, physics and genetics involving Niels Bohr, Ernst Pascual Jordan, and Erwin Schrödinger in the early 1930s.

Phillip R. Sloan is Professor Emeritus in the Program of Liberal Studies and the Program in History and Philosophy of Science at the University of Notre Dame. Together with Brandon Fogel, he has edited the book Creating a Physical Biology: The Three-Man Paper and Early Molecular Biology (Chicago, University of Chicago Press, 2011). His current book project, Mastering Life, deals with the development of the science of life in the early modern period, with a projected second volume dealing with its more contemporary extensions and bioethical implications.

More information can be found here.